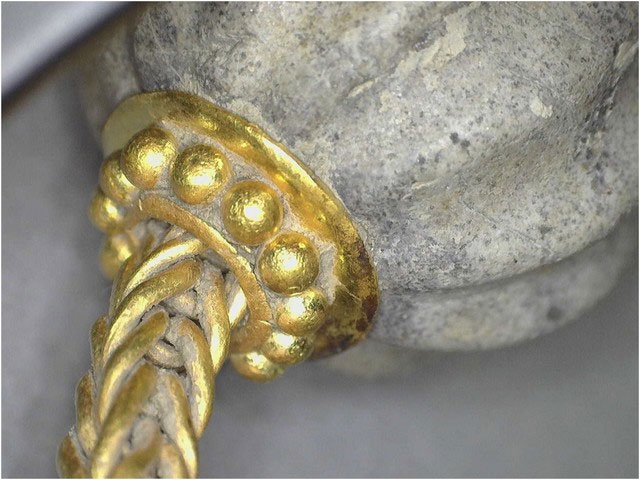 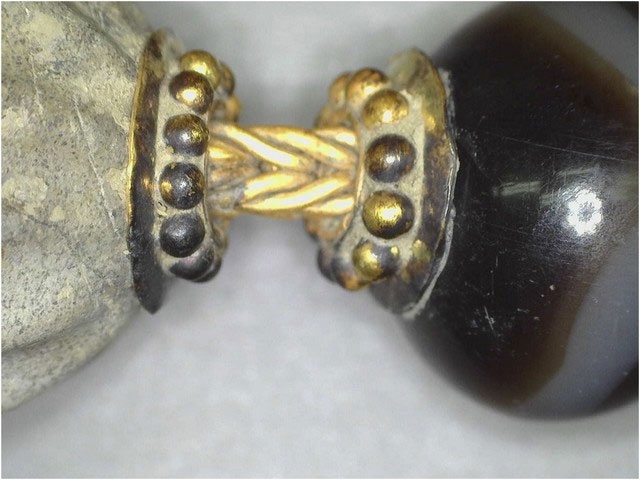 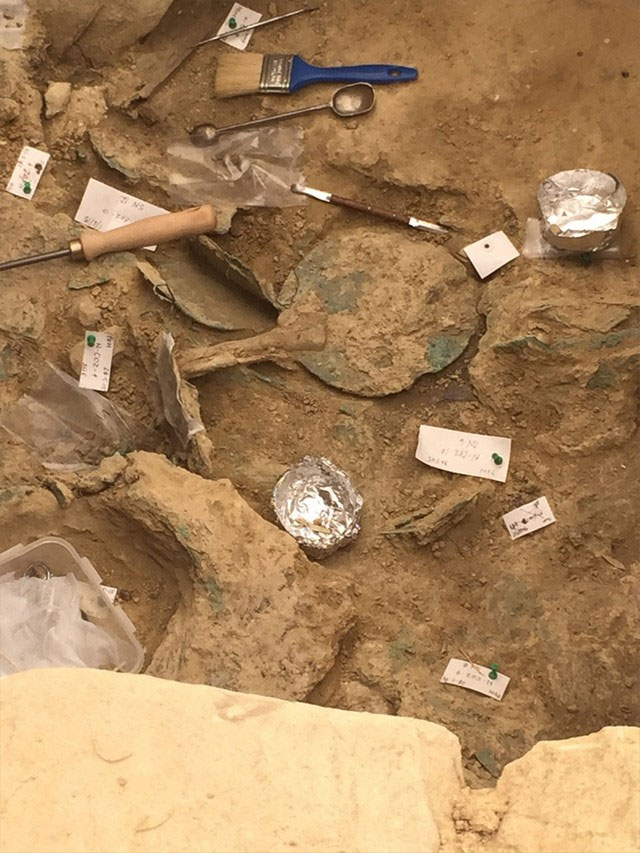 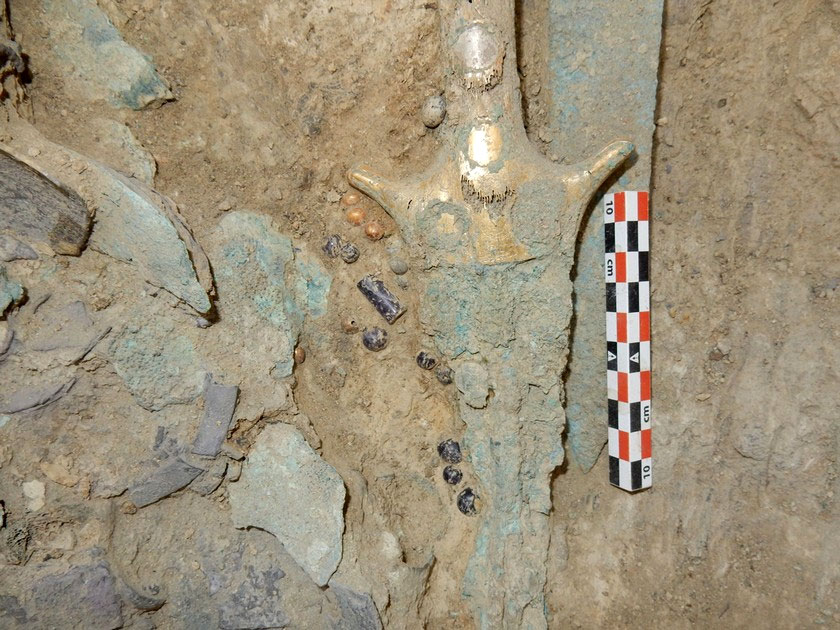 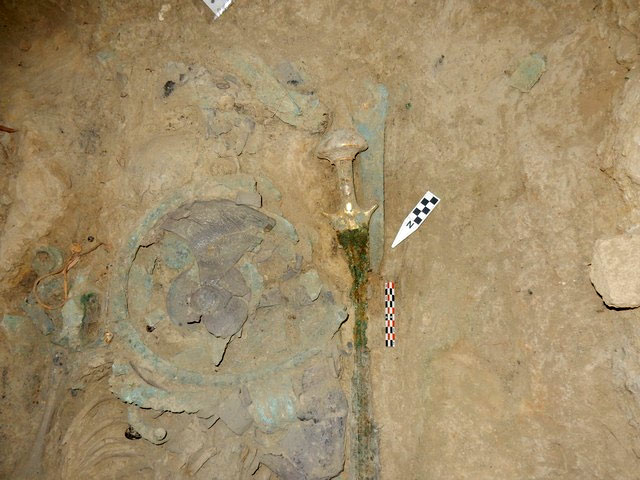 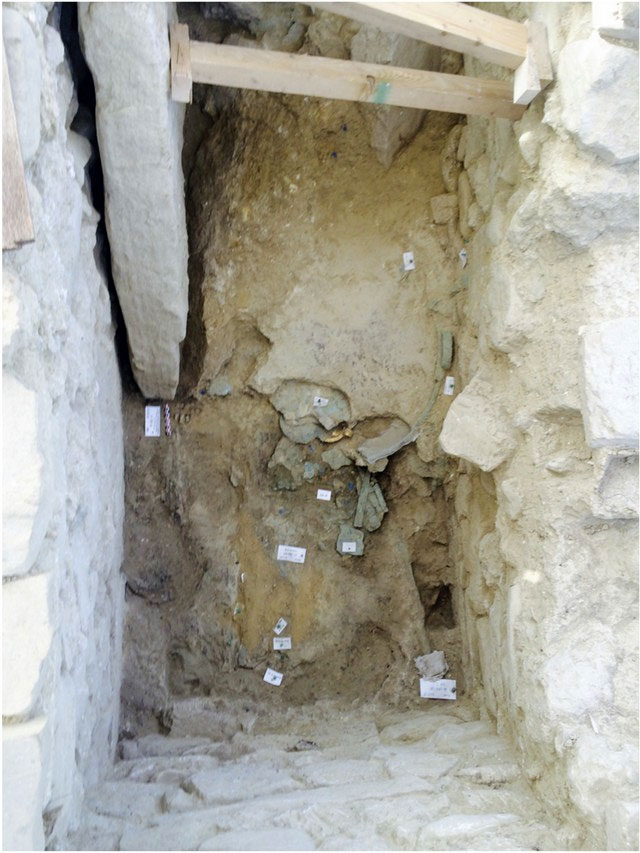 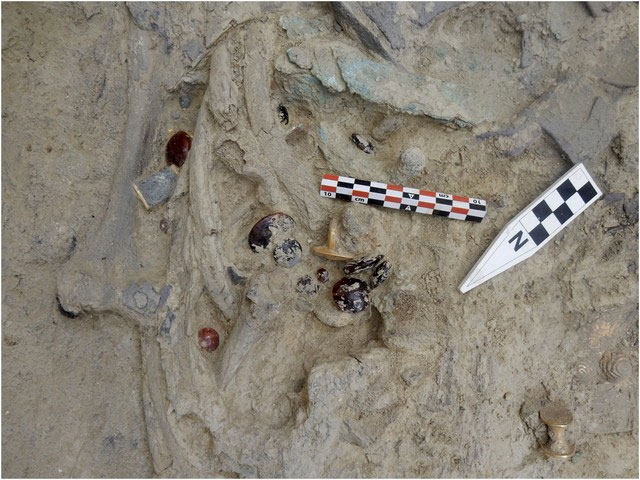 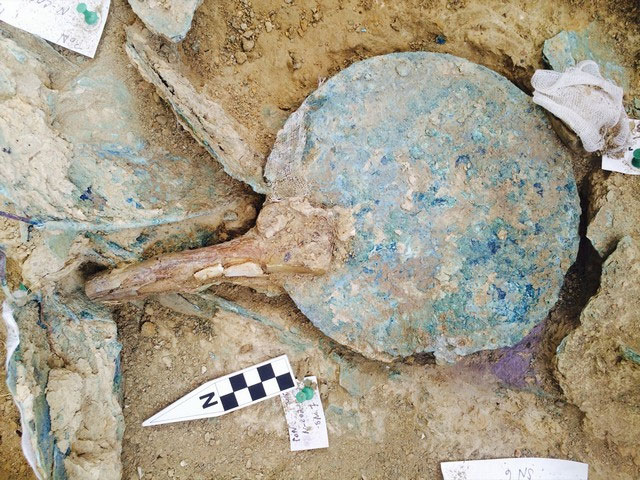 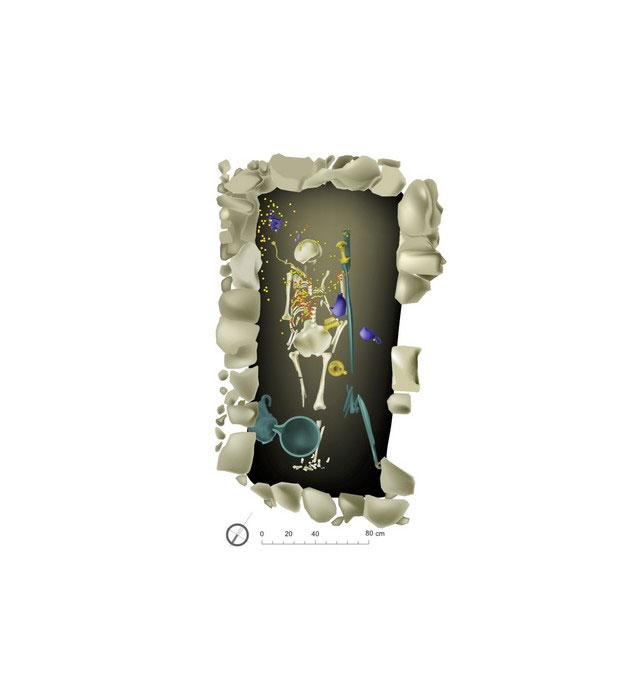 Follow up for the Bronze Age tomb of Pylos

The excavators of the Bronze Age tomb discovered in Pylos (southwestern Greece) provided more information about the extraordinary find during a meeting with Greek Minister of Culture Aristidis Baltas.

According to Jack Davis and Sharon Stoker (University of Cincinnati), who uncovered the tomb this spring during excavations in what was thought to be a Bronze Age house, the tomb’s resident, a male aged 30-35 years, could have been a warrior or a priest. “In antiquity, the same person could become a warrior, could be a king or priest, depending on the season and the role that he had, month to month. We cannot assign a single role to the man in the grave,” Dr. Davis said. The cause of his death remains unknown until the skeletal remains are fully examined. Beneath the skeleton sea shells were found which will allow an accurate dating.

The archaeologists compare older finds to answer questions about the tomb. According to them, it is a very rich undisturbed tomb, which is very important, because usually the tombs discovered are looted. No exhumation has been conducted and this is an excellent opportunity to investigate the finds in situ”.

Many questions have still to be answered, such as why the three beads were placed assymetrically along the length of the golden chain, found near the neck of the deceased.