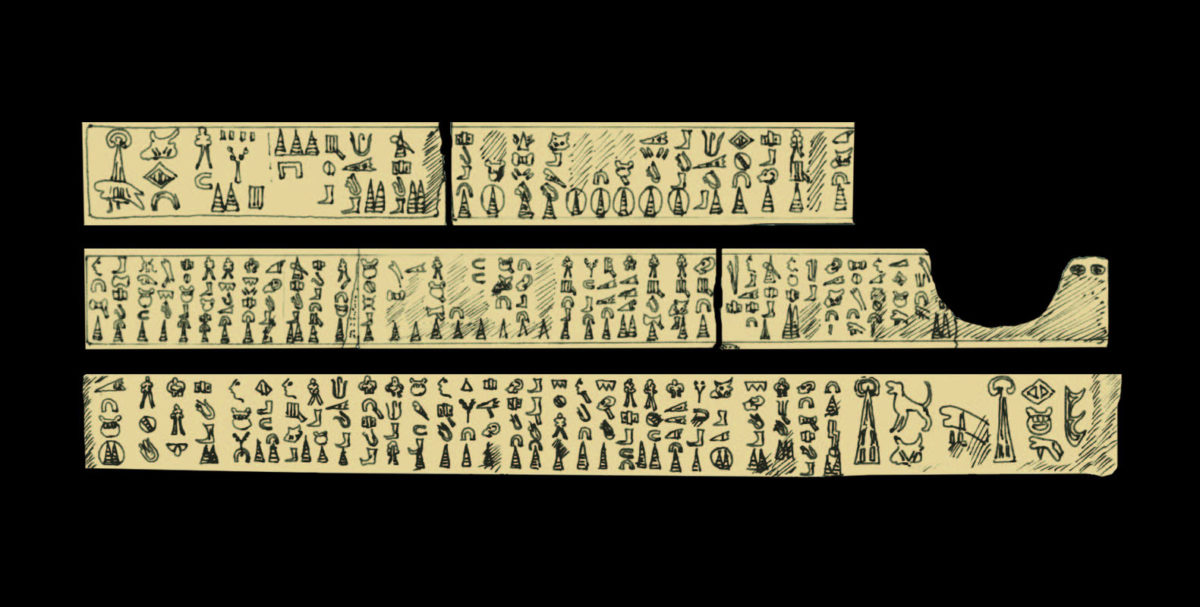 Hieroglyphic inscriptions illuminate the demise of the Hittites

Published for the first time

The political geography of Western Asia Minor at the end of the Bronze Age (ca. 1200 BCE) has finally been established.

The textbooks on the transcription of Luwian hieroglyphics will have to be rewritten.

Eight Luwian hieroglyphic inscriptions each more than 3,000 years old have been published for the first time, thereby significantly increasing at one stroke the number of transmitted signs dating to the Bronze Age from this long-forgotten script.

The Swiss geoarchaeologist Eberhard Zangger and the Dutch linguist Fred Woudhuizen today published the documents in an online article made available by Talanta – Proceedings of the Dutch Archaeological and Historical Society (https://luwianstudies.academia.edu/EZangger).

The documents were acquired in June 2017 from the estate of the English prehistorian James Mellaart (1925–2012). According to Mellaart’s notes, the inscriptions had been discovered in western Turkey back in the 19th century.

At the time, nobody could read the signs. Nevertheless, archaeologists produced careful drawings of the documents.

They were meant to be published in the course of an international research project that ran from 1956 to 1984, but ultimately all the participating scholars died before any such publication had appeared.

Among the documents is a 29-meter long, 30-cm tall limestone frieze that was found back in 1878 in the village of Beyköy, approximately 34 kilometers north of Afyonkarahisar in modern Turkey.

It is the longest thus far discovered document from Bronze Age Anatolia, and as such sheds more light on the use of the Luwian language and the hieroglyphic script, which was widespread for about 1,400 years.

The documents illuminate the end of the Bronze Age in the eastern Mediterranean, including the demise of the Hittite kingdom and the Sea Peoples’ invasions. A few hundred place names are listed in the inscriptions, making it possible to establish the political geography of western Asia Minor at around 1200 BCE. Scholars have been arguing about this for almost a century.