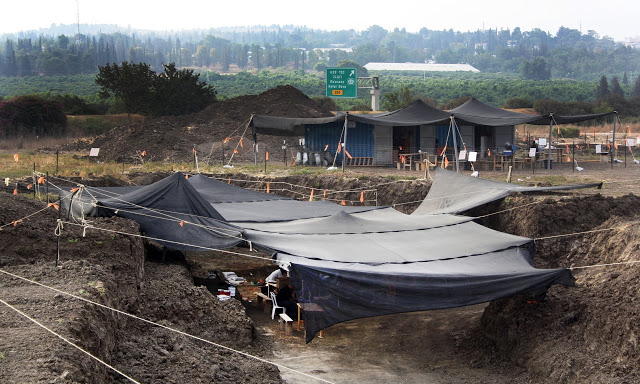 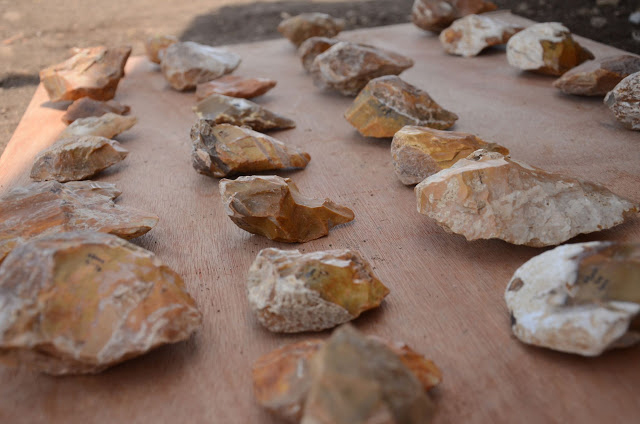 A rare and important prehistoric site, roughly half of a million years old, extending over about 10 dunams, was uncovered during the last few months in Jaljulia.

The excavation revealed a rich lithic industry, including hundreds of flint hand axes, typical tools of the ancient Acheulian culture.

According to Maayan Shemer, the excavation director on behalf of the Israel Antiquities Authority, and Prof. Ran Barkai, head of the Archaeology Department at Tel Aviv University: “The extraordinary quantity of flint tools uncovered in the excavation provides significant information about the lifeways of prehistoric humans during the Lower Paleolithic period. It seems that half a million years ago, the conditions here in Jaljulia were such, that this became a favored locality, subject to repeated human activity. We associate the industry found on site to the Homo Erectus (…) A geological reconstruction of the prehistoric environment, shows that human activity took place in a dynamic environment, on the banks of an ancient stream (possibly Nahal Qaneh, which now flows approximately 500 m’ south of the site). This environment is considered to have been rich with vegetation and herding animals, a ‘green spot’ in the landscape. In this place, three basic needs of the ancient hunter gatherers were met: clear water, a variety of food sources (plants and animals) and flint nodules, of which tools were made. The fact that the site was occupied repeatedly indicates that prehistoric humans possessed a geographic memory of the place, and could have returned here as a part of a seasonal cycle.”

Handaxes made of a variety of flint types were found at the site. Archaeologists observed that some of them seem to have been made by master craftsmen and others by someone less qualified.

Maayan Shemer, the excavation director on behalf of the Israel Antiquities Authority, said: “There are only two sites whose estimated age is close to Jaljulia in the Sharon, or central Israel: one in Kibbutz Eyal, approximately 5 km to the north, and the other, dated to a slightly later cultural phase, at Qesem Cave located approximately 5 km to the south. The findings are amazing, both in their preservation state and in their implications about our understanding of this ancient material culture”.