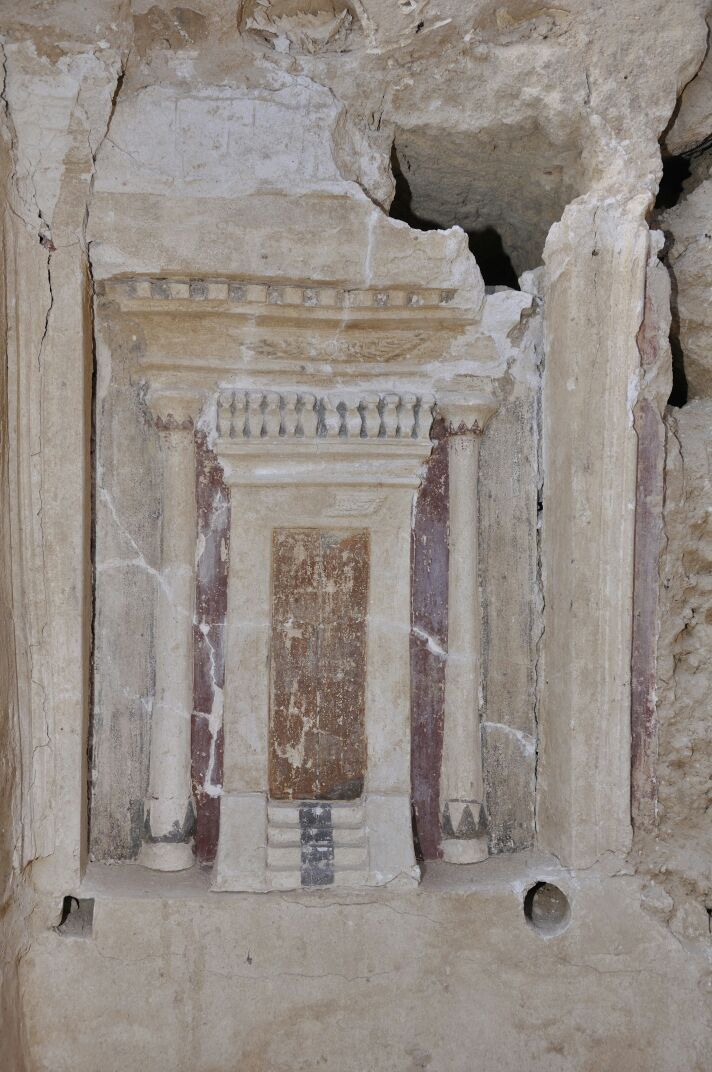 Some items discovered in Alexandria

On the site of Al-Abd land

An Egyptian Archaeological mission working at Al-Abd land in Alexandria uncovered a number of archaeological elements and remains of tombs dated back to the Greaco-Roman era, during excavations carried out in the Easter section of the Hellenistic cemetery on the site. The site of Al-Abd land is located within the eastern cemetery of the ancient city of Alexandria, which contains a number of burials dating back to the Hellenistic era.

Dr. Mostafa Waziri Secretary-General of the Supreme Council of Antiquities explains that these remains are a collection of offering vessels, lamps decorated with a scenes of deities.
But, he added, the most important one of this discovery is a tombstone that was once used to close one of the burial shafts.

Dr. Ayman Ashmawy, Head of the Ancient Egyptian Antiquities Sector said that the tombstone contains a number of decorations and inscriptions executed with a mixture of sand and lime on a flat background representing the facade of an ancient Egyptian-style
temple depicting a scene showing a staircase leading to the entrance and two columns hold the entrance’s roof. The staircase leads to an open door, one of which is a half-opening topped with a sun disk winged decoration.

Ibrahim Metwaly, Head of the Egyptian excavation mission said that this tombstone is an evolution of the idea of imaginary doors that spread during the ancient Egyptian ages to mislead the thieves from the real door of the tomb.

The tombstone is now under restoration as it is in a bad conservation condition.