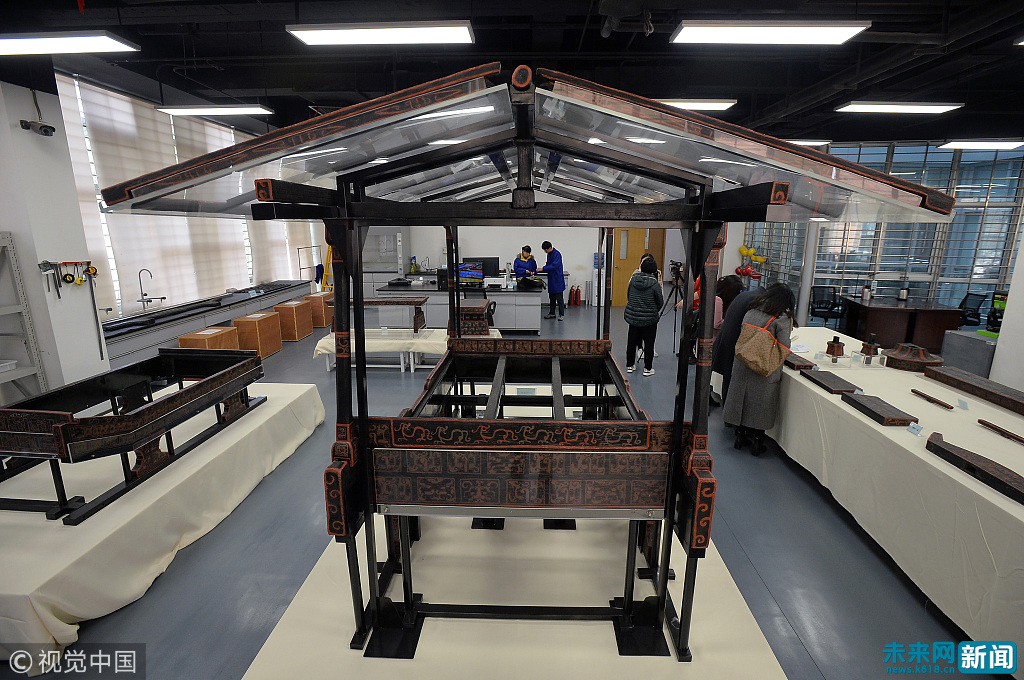 Believed to have been used 2,500 years ago by a king

It took 17 years for archeologists in southwest China’s Sichuan Province to restore a “dragon bed”. The structure is believed to have been used 2,500 years ago by a king.

Measuring 2.55 m in length, 1.3 m in width wide and 1.8 m in height, the oldest and best-preserved lacquered bed was found in 2000 in a tomb complex unearthed in Chengdu, capital of Sichuan.

The impressive piece of furniture features cinnabar dragon patterns on the side.

It consists of 45 parts – the largest being 3.2 m long and the smallest 20 cm! The parts are solidly connected by mortise and tenon joints.

“Parts of the bed were scattered in a number of boat-shaped coffins at the time of the discovery, and it took archaeologists and their staff 17 years to restore the bed to its original form to the best of their ability, using various techniques,” said Xiao Lin, who heads the restoration department of the Archaeology Research Institute.

Based on its structure and patterns, archaeologists say it is very likely that the bed belonged to an ancient king of Shu State, who ruled the region in the early Warring States period 2,500 years ago. “The signs that makers left on the bed are highly related to the language used in the Shu State, offering new and valuable clues to archaeologists keen to decode the mysterious ancient language,” said Yan Jinsong, an archaeologist who headed the excavation work of the tomb complex.