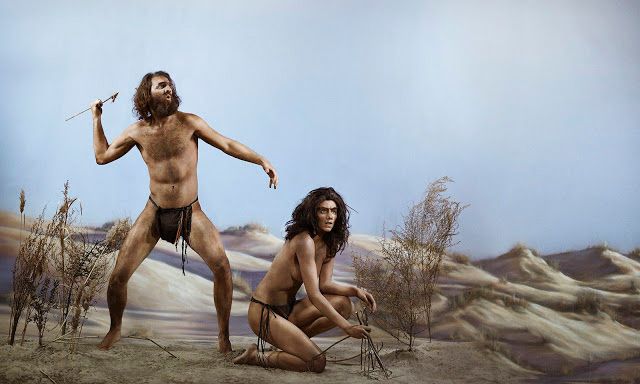 Modern humans co-existed and interbred not only with Neanderthals, but also with another species of archaic humans, the mysterious Denisovans. While developing a new genome-analysis method for comparing whole genomes between modern human and Denisovan populations, researchers unexpectedly discovered two distinct episodes of Denisovan genetic intermixing, or admixing, between the two. This suggests a more diverse genetic history than previously thought between the Denisovans and modern humans.

In a paper published in Cell, scientists at the University of Washington in Seattle determined that the genomes of two groups of modern humans with Denisovan ancestry — individuals from Oceania and individuals from East Asia — are uniquely different, indicating that there were two separate episodes of Denisovan admixture.

After studying more than 5,600 whole-genome sequences from individuals from Europe, Asia, America, and Oceania and comparing them to the Denisovan genome, Browning and colleagues determined that the Denisovan genome is more closely related to the modern East Asian population than to modern Papuans. “We analyzed all of the genomes searching for sections of DNA that looked like they came from Denisovans,” says Browning, whose team relied on genomic information from the UK10K project, the 1000 Genomes Project, and the Simons Genome Diversity Project.

“When we compared pieces of DNA from the Papuans against the Denisovan genome, many sequences were similar enough to declare a match, but some of the DNA sequences in the East Asians, notably Han Chinese, Chinese Dai, and Japanese, were a much closer match with the Denisovan,” she says.

What is known about Denisovan ancestry comes from a single set of archaic human fossils found in the Altai mountains in Siberia. That individual’s genome was published in 2010, and other researchers quickly identified segments of Denisovan ancestry in several modern-day populations, most significantly with individuals from Oceania but also in East and South Asians.

Going forward, the researchers plan on studying more Asian populations and others throughout the world, including Native Americans and Africans. “We want to look throughout the world to see if we can find evidence of interbreeding with other archaic humans,” says Browning. “There are signs that intermixing with archaic humans was occurring in Africa, but given the warmer climate no one has yet found African archaic human fossils with sufficient DNA for sequencing.”