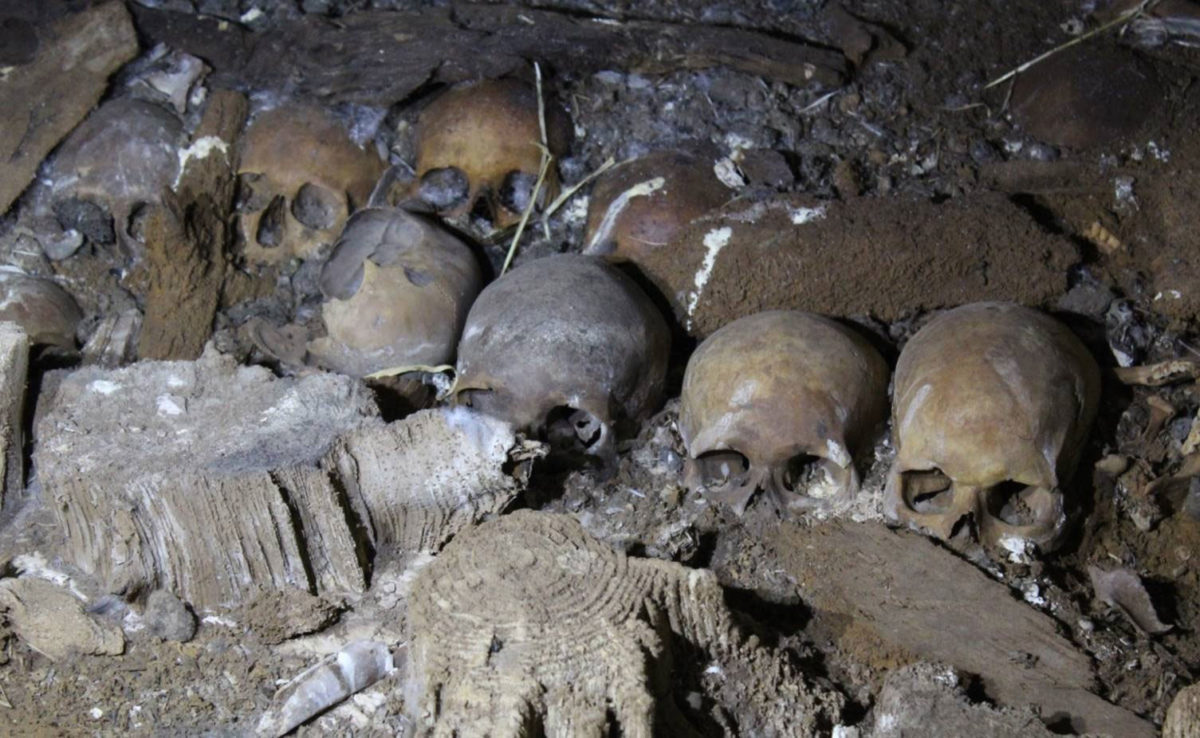 Hair was dyed for first time as part of funeral rituals, study shows

In the Biniadris Cave located in Menorca

Archaeologists from the University of Granada have carried out excavations in the Biniadris Cave located on the Balearic Island of Menorca, uncovering enigmatic funeral rituals.

This Bronze Age cave was used by different societies over 3300-2600 years ago. Researchers from the University of Tübingen (Germany) and the University of Cambridge (United Kingdom), among others, are also participating in this pioneering research project.

The archaeologists have identified a series of hitherto unrevealed funeral rituals, which were performed between the end of the second millennium BC and the beginning of the first millennium BC in the Biniadris Cave located in Menorca (Spain).

The excavations have led to the discovery of almost 100 bodies and have enabled researchers to identify a number of fascinating funeral rituals, such as the practice of dyeing the corpse’s hair red, the deliberate placing of bodies in the middle of the cave, the use of ceramic elements in such rituals, and a practice called “trepanation” where a hole is drilled into the skull.

The project is being led by Dr. Eva Alarcón García and Dr. Auxilio Moreno Onorato, both of whom are researchers at the Department of Prehistory and Archaeology of the University of Granada.

“There are no precedents for these kinds of social practices in the Iberian Peninsula and they are unique to the Balearic Islands”, Dr. Alarcón explains. “The buried were placed in the middle of the cave and a variety of elements were used during the rituals, such as plant materials (branches and trunks), ceramic vessels that must have played an important role given the degree of fragmentation they exhibit, iron oxide ores (‘ochre’), etc.”

The dyeing of the corpse’s hair must have been one of the most significant parts of the ritual. “Evidently, the red tufts of hair must have had symbolic value for these social groups. They were perfectly cut and deposited in containers of varying sizes that were made of different materials (metal, leather and even wood), which were then hidden in specific parts of the cave”, Dr. Alarcón and Dr. Moreno point out.

One intriguing discovery was that the buried were dressed. Moreover, ancient V-perforated buttons, needles, and even pieces of fabric from the clothes were discovered during the excavations. Five skulls with holes from trepanation have been documented so far and are currently being analysed.

The remains of hair and fabric are currently being studied through carbon-14 dating at the University of Cambridge (United Kingdom). UGR researchers are also thoroughly involved in analysing the finds, with the Department of Organic Chemistry currently examining the residues found in the ceramic containers.

Undoubtedly, the findings at the Biniadris Cave will raise many questions and pave the way for new lines of research, not only from archaeological perspectives but also from anthropological ones. For now, the main objective of the research is to solve the enigmas presented by these mysterious funeral rituals performed long ago in the Biniadris Cave.