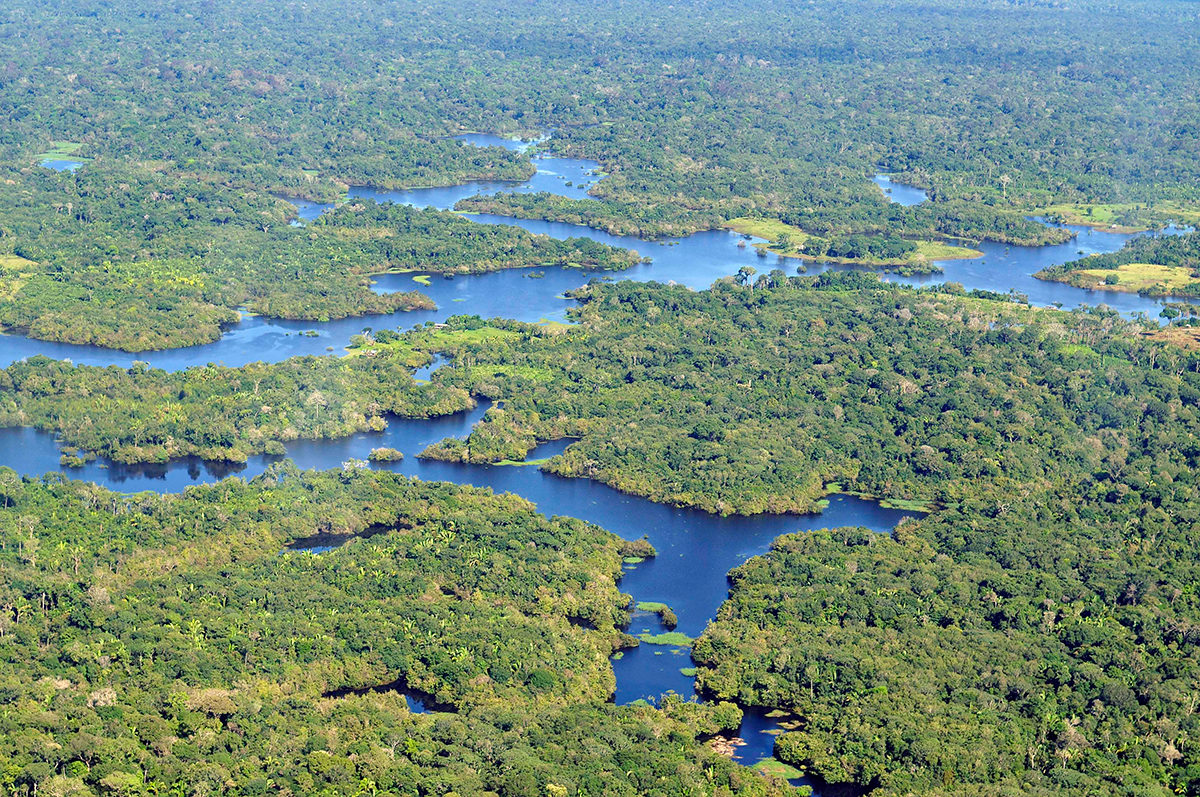 Parts of the Amazon previously thought to have been almost uninhabited were really home to thriving populations of up to a million people, new research shows.

Archaeologists have uncovered evidence that there were hundreds of villages in the rainforest away from major rivers, and they were home to different communities speaking varied languages who had an impact on the environment around them.

Huge parts of the Amazon are still unexplored by archaeologists, particularly areas away from major rivers. People had assumed ancient communities had preferred to live near these waterways, but the new evidence shows this was not the case.

The discovery fills a major gap in the history of the Amazon, and provides further evidence that the rainforest — once thought to be untouched by human farming or occupation — has in fact been heavily influenced by those who lived in it.

Archaeologists from the University of Exeter found the remains of fortified villages and mysterious earthworks called geoglyphs — man-made ditches with strange square, circular or hexagonal shapes. Experts still don’t know the purpose of these earthworks, as some show no evidence of being occupied. It is possible they were used as part of ceremonial rituals.

Archaeologists uncovered the remains in the current Brazillian state of Mato Grosso. By analysing charcoal remains and excavated pottery they have found a 1,800 km stretch of southern Amazonia was continuously occupied from 1250 until 1500 by people living in fortified villages. The experts estimate that there would have been between 1,000 and 1,500 enclosed villages, and two-thirds of these sites are yet to be found.

The new study shows there are an estimated 1,300 geoglyphs across 400,000km2 of Southern Amazonia, with 81 found in the area surveyed as part of this research. Villages are often found nearby, or inside the geoglyphs. They are connected through a network of causeways and some have been elaborately constructed over many years.

The earthworks were probably made during seasonal droughts, which allowed forests to be cleared. Drier areas still had fertile soils, where farmers would have been able to grow crops and fruit trees like Brazil nuts.

Dr Jonas Gregorio de Souza, from the University of Exeter’s Department of Archaeology, a member of the research team said: “There is a common misconception that the Amazon is an untouched landscape, home to scattered, nomadic communities. This is not the case. We have found that some populations away from the major rivers are much larger than previously thought, and these people had an impact on the environment which we can still find today.

“The Amazon is crucial to regulating the Earth’s climate, and knowing more about its history will help everyone make informed decisions about how it should be cared for in the future.”

Professor José Iriarte, from the University of Exeter, another member of the research team, said: “We are so excited to have found such a wealth of evidence. Most of the Amazon hasn’t been excavated yet, but studies such as ours mean we are gradually piecing together more and more information about the history of the largest rainforest on the planet

“Our research shows we need to re-evaluate the history of the Amazon. It certainly wasn’t an area populated only near the banks of large rivers, and the people who lived there did change the landscape. The area we surveyed had a population of at least tens of thousands.”