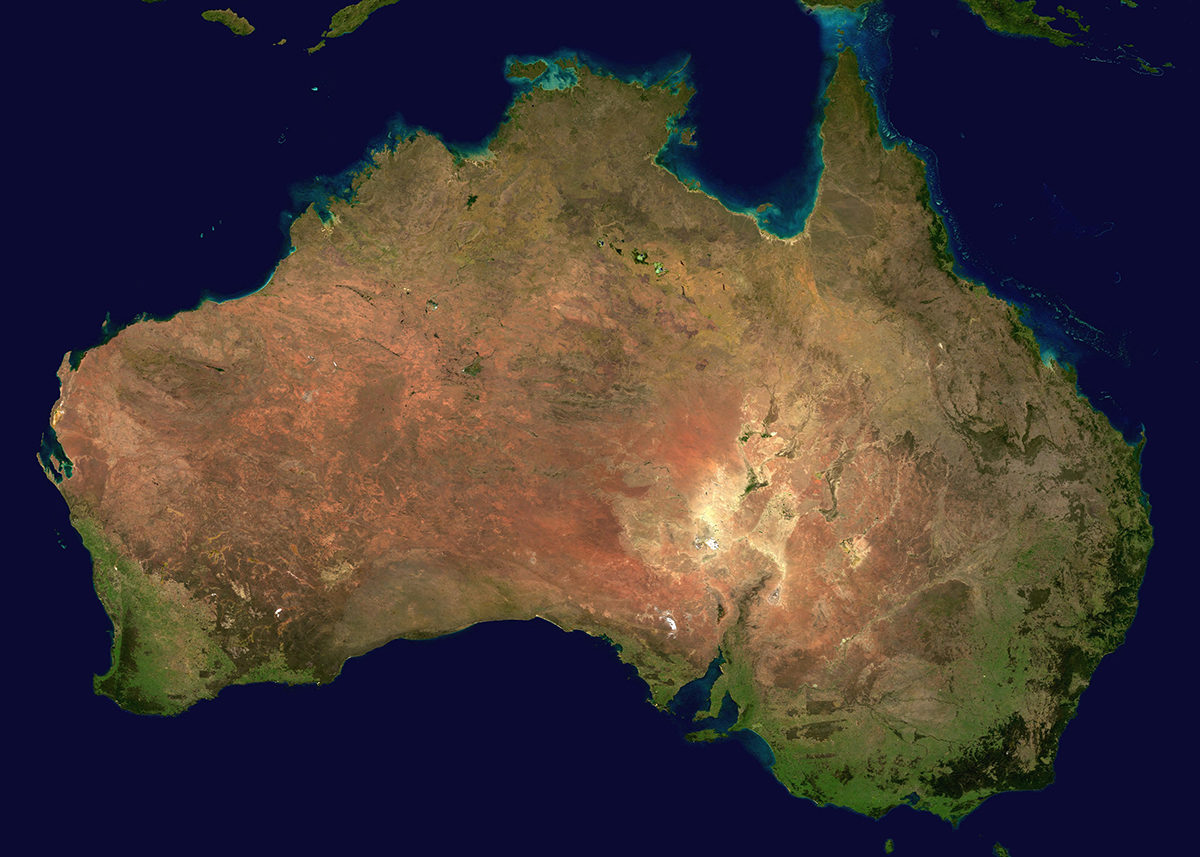 Tracking the spread of early hunter-gatherers through language

Scientists have further evidence that an ancient family of languages spread over most of the Australian continent in the last 6000 years, rapidly replacing pre-existing languages. But the puzzle remains as to why.

An interdisciplinary team of researchers from the University of Auckland – who are also research associates with the Max Planck Institute for the Science of Human History in Jena, Germany – and Yale University in the United States have adapted computer models, initially developed to trace virus outbreaks, and used them to trace the origins of the world’s largest hunter-gatherer language family – the Pama-Nyungan languages of Australia.

The study of language and how it evolved provides vital information about the past, and how processes of cultural evolution, human migration and expansion prior to the agricultural revolution shaped early human settlement.

Linguists have established that many of the world’s roughly 7000 languages can be grouped into large families of related languages. For example, the Romance languages (French, Spanish, Portuguese, Italian) are descended from Latin and are themselves related to several hundred languages, including English, German, Greek, and Hindi, as part of the Indo-European language family.

When Europeans colonised Australia 250 years ago, it was home to around half a million to two million people organised into about 700 different groups who spoke some 400 languages.

The continent therefore provides a useful model of how language diversified and spread from the earliest times that shaped humankind. Language experts have long wondered how one language family – Pama-Nyungan – came to dominate most of Australia. Pama-Nyungan contains more than 75% of Australia’s roughly 400 indigenous languages and is found across about 90% of the continent.

Professor Atkinson, from the University of Auckland’s School of Psychology, says the puzzle is made all the more mystifying because Pama-Nyungan speakers, like all Indigenous Australians, were traditionally hunter-gatherers, and remained so until European contact. This means that standard explanations for what drives the expansion of language – adopting new agricultural technology for example – cannot apply in the Australian case.

One attempt to explain this enigma proposes that Pama-Nyungan speakers spread more than 50,000 years ago, with the initial colonisation of Australia from the north. However, many view this as unlikely because languages are thought to change too quickly to preserve family resemblances over such a long-time scale.

Others have proposed that an improving climate 10,000 to 13,000 years ago or 7,000 to 10,000 years ago allowed expansion from a few refuge areas into sparsely populated territory.

Another proposal, the ‘rapid replacement hypothesis’, argues for a much more recent expansion into already-occupied territory just 4,000 to 6,000 years ago from near the Gulf of Carpentaria in the far north of Australia.

To test between these scenarios, Atkinson teamed up with Dr Remco Bouckaert, a computer scientist at the University of Auckland, and Professor Claire Bowern, an Australian language expert at Yale University. The trio adapted a set of modelling tools initially developed by computational biologists for studying virus outbreaks.

“Biologists are able to make inferences about when and where a virus outbreak originated by sequencing virus DNA from samples collected around the world and using it to reconstruct a family tree of the sampled strains,” Professor Atkinson says.

“By tracing back in time along the branches of the tree it is possible to infer where the outbreak originated and roughly how long ago it occurred.”

Rather than using DNA to build virus family trees, the team used ‘cognates’ to build a family tree of 306 Pama-Nyungan languages. Cognates are words shared between modern languages that go back to a common ancestor language. For example, the Karree and Dhurak languages share a cognate word for boomerang (boomarring and bumarangga, respectively) that suggests they inherited it from a common ancestor – a bit like we inherit our DNA from our parents.

While any one cognate is of limited use, by considering many cognates and quantifying their change over time, it is possible to build a family tree of the languages.

The team found clear support for a Pama-Nyungan origin around 5,700 years ago in an area south of the Gulf of Carpentaria, in striking agreement with the rapid replacement hypothesis.

“Our findings provide a rich potential source of information about processes of cultural evolution, human migration and expansion prior to the agricultural revolution,” says Professor Atkinson.

“An expansion at this time indicates large scale language replacement does not require the kinds of technological advances associated with agriculture. A number of fascinating proposals have been put forward, including innovative stone tools, food processing technologies and new ceremonial and marriage practices, although as yet the precise mechanisms at work remain a mystery.”

The team also found that languages tended to migrate more slowly near the coast and major waterways, perhaps suggesting resource abundance in these areas slows the expansion of people.

They also note that the patterns of variation look quite different in Australian genetic data: “This indicates that whatever process allowed the Pama-Nyungan languages to spread so successfully may not have involved the movement of large numbers of people. Instead, languages may have spread as part of a cultural package of new ideas and technologies.”

While the complete replacement of existing linguistic diversity without the movement of people may seem implausible, the spread of English with western technologies and institutions represents a striking potential modern equivalent.