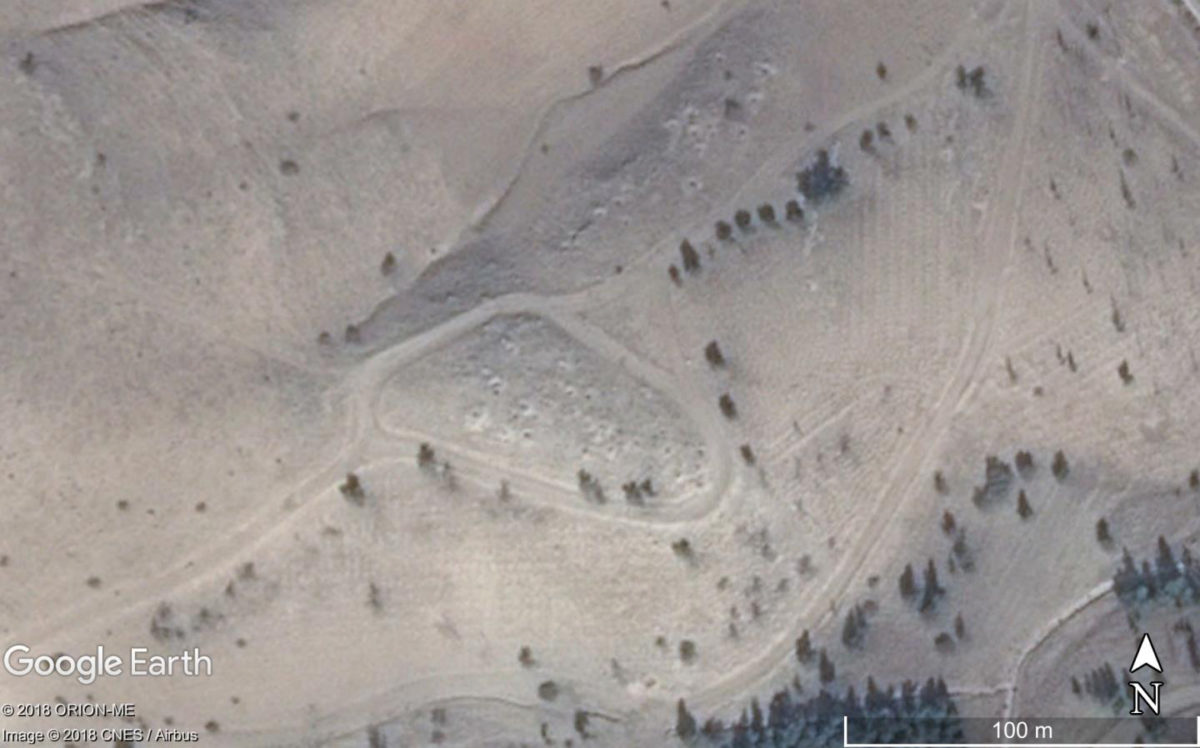 Scientists call for ‘open-skies’ imagery policy over Israel and Palestine

New Oxford University research has called for an ‘open-skies policy’ around the availability of high resolution satellite imagery of Israel and Palestine.

Since 1997, the Kyl-Bingaman Amendment (KBA) to the 1997 U.S. National Defense Authorization Act, has limited the availability of high-resolution satellite imagery of these countries. Although this law only applies to the United States of America, as a global super power, with dominance over the commercial satellite imagery market, its international impact has been significant. However, new Oxford University research has called for these restrictions to be lifted immediately and set in line with the international standard.

Satellite imagery has transformed the way that scientists can investigate, map and monitor the changing human and physical landscape of the earth. The current KBA Amendment limits the resolution of U.S – produced imagery for Israel to c.2m, which is relatively blurry and means that features smaller than this are not detectable from aerial footage. As a result, the satellite images available on platforms such as Google Earth, of both Israel and Palestine, are of poor quality, significantly restricting the scientific research opportunities in these areas.

In an attempt to overcome these limitations, researchers from the Endangered Archaeology Project at the Oxford School of Archaeology, which relies on satellite imagery to identify and monitor heritage sites across the Middle East and North Africa, investigated the justification for the Kyl-Bingaman Amendment, and reviewed how the regulations works in practice.

Published in Space Policy, the research conducted by Dr Andrea Zerbini and Dr Michael Fradley of Oxford’s School of Archaeology, finds that while this regulation was broadly assumed to be a static censorship, the limitations were intended to mirror the standard of satellite imagery available outside the United States. However, much stronger high-resolution images have in fact been available from companies such as Airbus in France from as long ago as 2012.

The paper also reveals that there has been some quiet resistance to the US regulation, particularly from Google Earth, where high-resolution images covering areas of the West Bank, Golan Heights and the border areas of Israel, provided by Airbus, are already available on the platform.

The findings demonstrate that these regulations need urgent review, and recommends that US imagery should meet what has become the international standard of 0.5m.

Dr Michael Fradley said: ‘Our research demonstrates not only how the current restrictions have hampered scientific research in this area, but also importantly highlights a clear rationale for moving on from the Kyl-Bingaman Amendment. The reduction or removal of these restrictions would open up access to modern satellite imagery, as well as historical images captured by spy satellite that remain classified due to the legal reach of the Kyl-Bingaman Amendment, which could allow researchers to record longer-term landscape change.’

The minutes of the latest meetings of the U.S. regulatory body for commercial satellite imagery suggest that restrictions may indeed be lifted, potentially ushering in a new phase of remote-sensing research by archaeologists, geographers and earth scientists across this area of the Levant.

Staff at the National Oceanic and Atmospheric Administration (NOAA), who regulate the implementation of the Kyl-Bingaman Amendment, have acknowledged the important role of this new research by the EAMENA team in their ongoing evaluation of regulations. The Endangered Archaeology project has already begun to identify new archaeological sites using higher-resolution satellite in the region, and its work has set a precedent for future scientific research in this area.

Commenting on the potential impact of lifting these sanctions, Dr. Brian Boyd, Program Director, Center for Archaeology, Columbia University, said: ‘Zerbini and Fradley’s call for an “open-skies policy” with regard to the availability of high resolution satellite imagery of archaeological sites and landscapes in Israel/Palestine has the potential to revolutionize our understanding of the human occupation of this region from the earliest prehistoric times to the present day. Their research will also be invaluable in highlighting contemporary endeavors to record and hopefully preserve sites, monuments and landscapes that are under threat from political and military actions not only in Israel/Palestine but in the wider Middle East’.