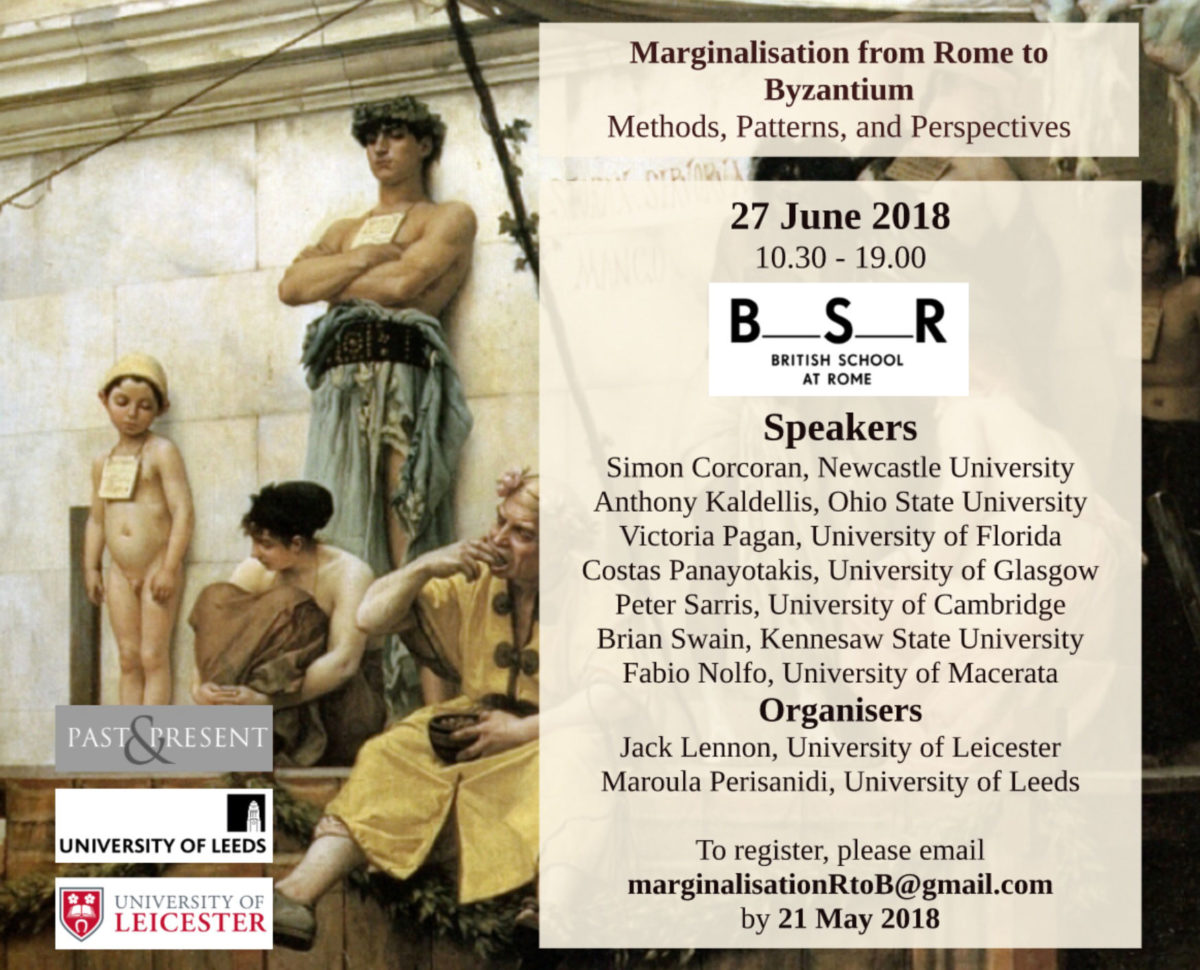 Marginalisation from Rome to Byzantium

Conference at the British School at Rome

The ancient and medieval worlds contained a well-known catalogue of groups, professions, and individuals who were time and again relegated to the margins. While many of these have been the subject of extensive discussion, far less attention has been paid to the methods by which marginal identities were created, expressed, and rewritten over time.

Through the organisation of this conference, the aim is to bring together a body of experts to investigate the evolution of marginalisation practices across the Roman and Byzantine Empires over an extended chronological timeframe, covering broadly speaking the first millennium AD and encompassing watersheds such as the rise of Christianity, the ‘fall’ of Rome (476), and Justinian’s sixth-century legislation, all of which led to significant shifts in common assumptions about where social, political, and religious margins were located.

For more information, including the full programme, see https://marginalidentities.wordpress.com.