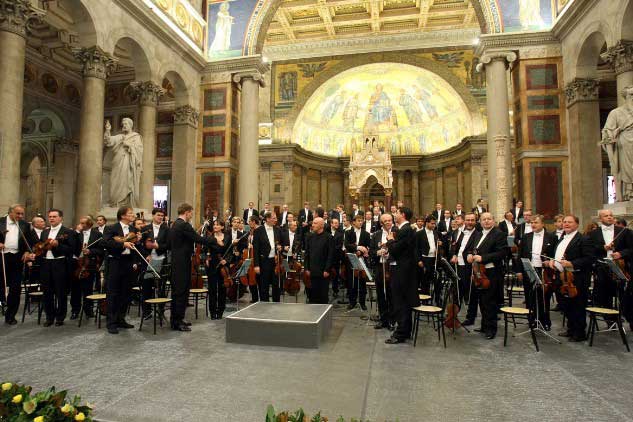 Money raised will be used in restoration projects

This year’s festival brings together outstanding artists, first and foremost, the Festival’s Orchestra-in-Residence, the Vienna Philharmonic, in performances of sacred music within the extraordinary setting of Rome’s Patriarchal Basilicas.

The festival is aimed at sensitizing the public to the activities of the Foundation for Sacred Music and Art, which raises funds for the restoration of religious artefacts and buildings that belong to all mankind.

The Foundation will support the restoration projects on the western façade of St Peter’s Basilica in Rome. This restoration is urgent because breaks and water infiltrations cause the risk of elements breaking down or of damages in the Basilica’s interior.

The festival runs from 2 to 13 November.