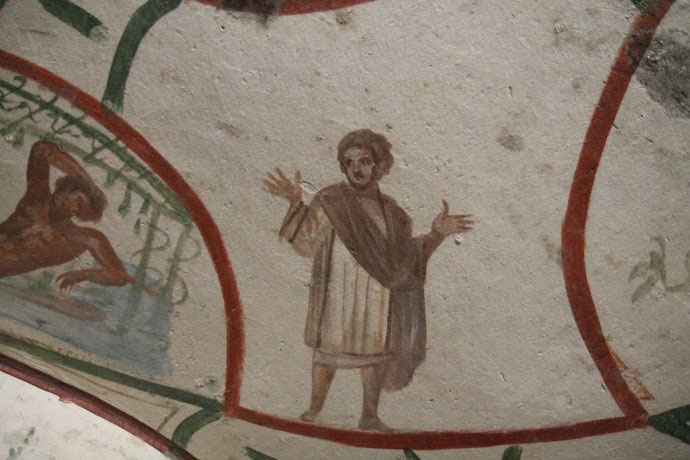 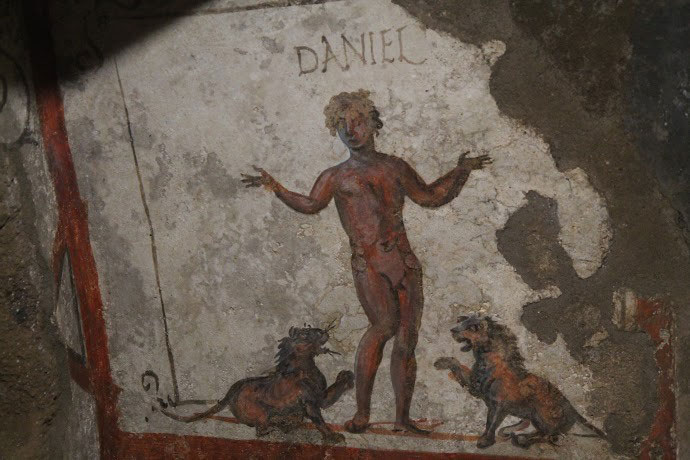 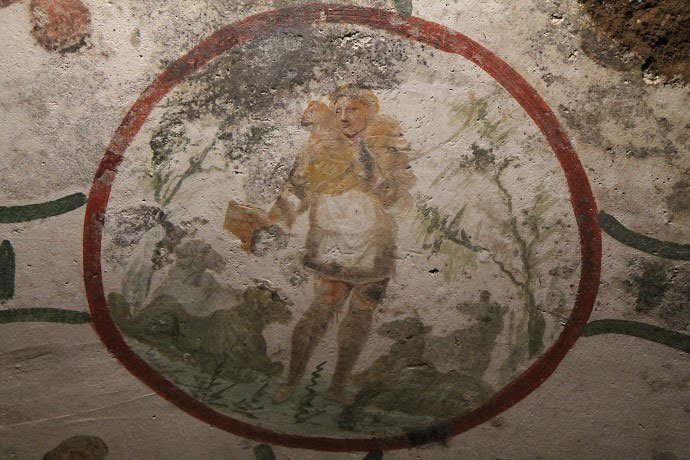 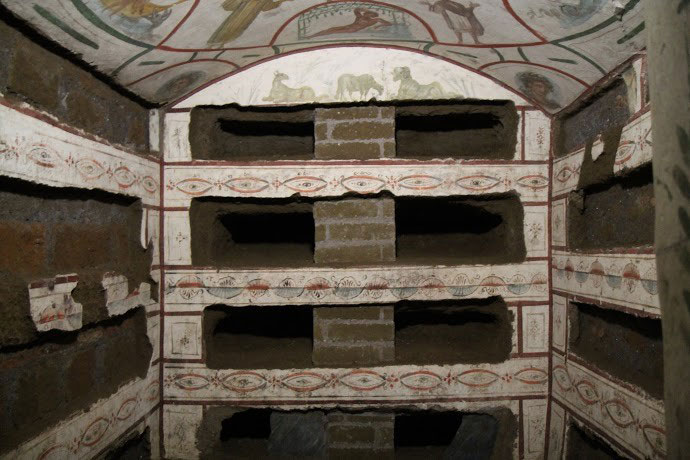 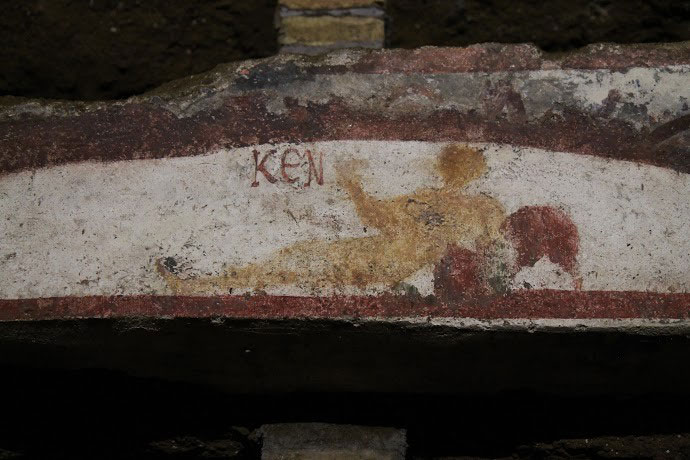 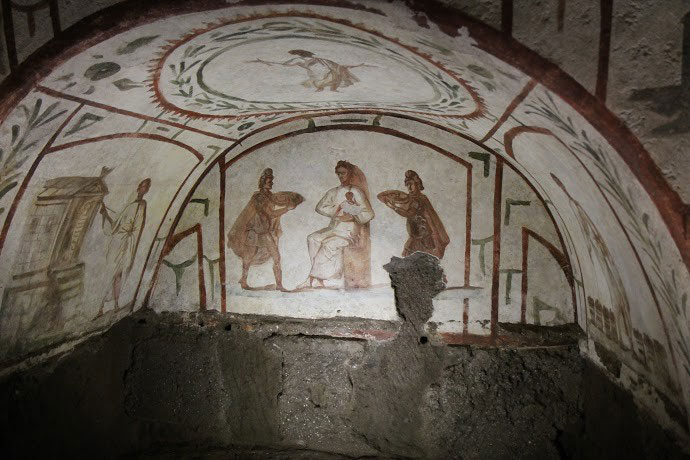 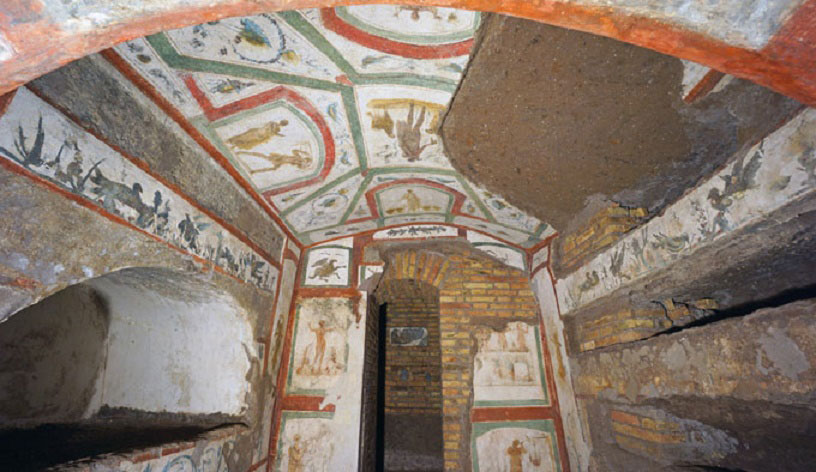 The restoration project is completed

The completion of the restoration of Paleochristian frescoes in the Roman catacombs of St Marcellinus and St Peter was announced, as a result of a project funded by the Heydar Aliyev Foundation (HAF) of Azerbaijan. The project started in June 2012 after an agreement between the Pontifical Commission of Sacred Archaeology of the Vatican and the HAF was signed.

Among the restored frescoes are those of the cubicle of Susanna and the fossor, the niche of Daniel, the arcosolium of Orpheus, the cubicle of Our Lady with two Magi, and the cubicle of the praying matron. A black patina that was resistant to traditional cleaning methods was removed with advanced conservation techniques.

The newly-revealed frescoes consist of a central medallion with the Good Shepherd surrounded by the Biblical episodes of Jonah, Daniel among the lions and Noah in the Ark. In the corners there are praying male figures and birds. On the walls there is a rich decorative pattern with floral, plant-based and fantasy elements. On the wall of the entrance there is the notable figure of a praying woman, which although only just recognisable before restoration, now makes a strong visual impact. The figure, framed by two slender trees, may represent the deceased entombed in the cubicle. During the presentation, which took place at the Pontifical Council for Culture, Cardinal Ravasi and the president of the HAF announced that their collaboration will continue and its next objective will be the restoration of the monumental complex of St. Sebastian Outside-the-Walls on the Via Appia Antica, currently only partially open to the public.
The agreement relates to an extraordinary collection of sarcophagi, some situation in the perimeter of the Basilica of St. Sebastian (Museum of Sculptures and Epigraphic Museum), others “in situ” in their mausoleums. The Pontifical Commission for Religious Art has proposed to the HAF a conservation programme for the restoration of around fifteen sarcophagi. Aliyeva expressed her appreciation of the proposal on behalf of the Foundation, and a new agreement will be signed for the financing of the restoration works to render the complex accessible to the public.