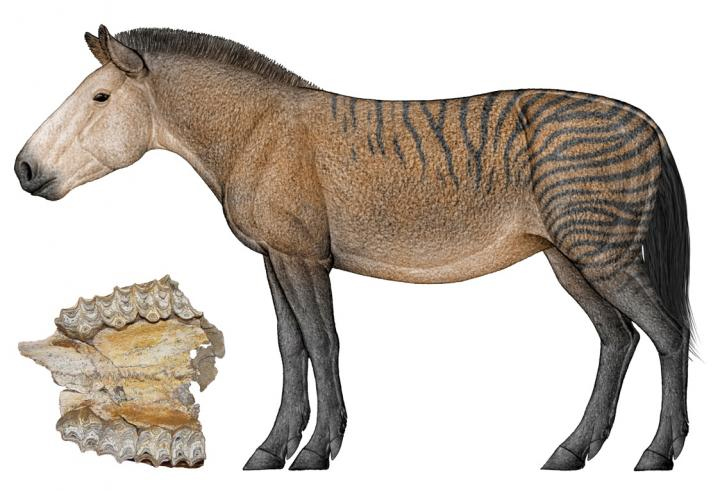 To establish a timescale for more than 10 million years ago

The timescale is the base to reconstruct the history of the Earth and the biological evolution. A research on a chronostratigraphic sequence of the Chinese Neogene with accurate geological datings was published online in Science China: Earth Sciences.

The Chinese Neogene terrestrial deposits are widely exposed. In the Linxia Basin of Gansu Province, for example, there are continuous deposits from Oligocene to Pleistocene, covering complete Neogene period and bearing rich mammalian fossils. The rapidly evolved mammalian fossils contribute efficiently to the division and correlation of Neogene strata. A uniform Neogene biostratigraphic framework for China has already been established, with seven mammalian ages named. With a developed stratigraphic basis for the geochronologic “ages”, seven chronostratigraphic “stage” have been established for the Chinese Neogene terrestrial strata, namely the Miocene Xiejian, Shanwangian, Tunggurian, Bahean, and Baodean stages, and the Pliocene Gaozhuangian and Mazegouan stages.

Based on a series of research achievements, refined biostratigraphic, paleomagnetic and isotopic methods were combined and applied to continuous sections, and a Chinese Neogene chronostratigraphic sequence with accurate geological ages was established and improved by the research team of Prof. Deng Tao at the Institute of Vertebrate Paleontology and Paleoanthropology, Chinese Academy of Sciences in recent years, which was published online as “Neogene integrative stratigraphy and timescale of China” in Science China: Earth Sciences.

In Eurasia, Chinese Neogene deposits are more suitable for the establishment of an accurate Neogene biostratigraphic sequence than those of Europe, since the terrestrial deposits in Europe often limited, and many important faunas are unearthed from fissure-fillings. Chinese Neogene deposits are widespread and well suited for magnetostratigraphic analysis, despite the few radiometric dates available. The lower boundaries of most of the stages could be correlated with those of the marine stages in the International Chronostratigraphic Chart, except the Tunggurian Stage, which is correlated with the European land mammal age. The biostratigraphic markers of the Chinese Neogene stages are usually first appearance of a single taxon, some representing regional species replacement, others indicating intercontinental migration of certain taxa. For instance, the lower boundaries of the two Upper Miocene stages, Bahean and Baodean have the first appearances of Hipparion dongxiangense and H. forstenae (Fig. 3) as biostratigraphic markers, respectively, and the geological ages of their lower boundaries are corresponding to those of the marine Tortonian (11.63 Ma) and Messinian (7.25 Ma).