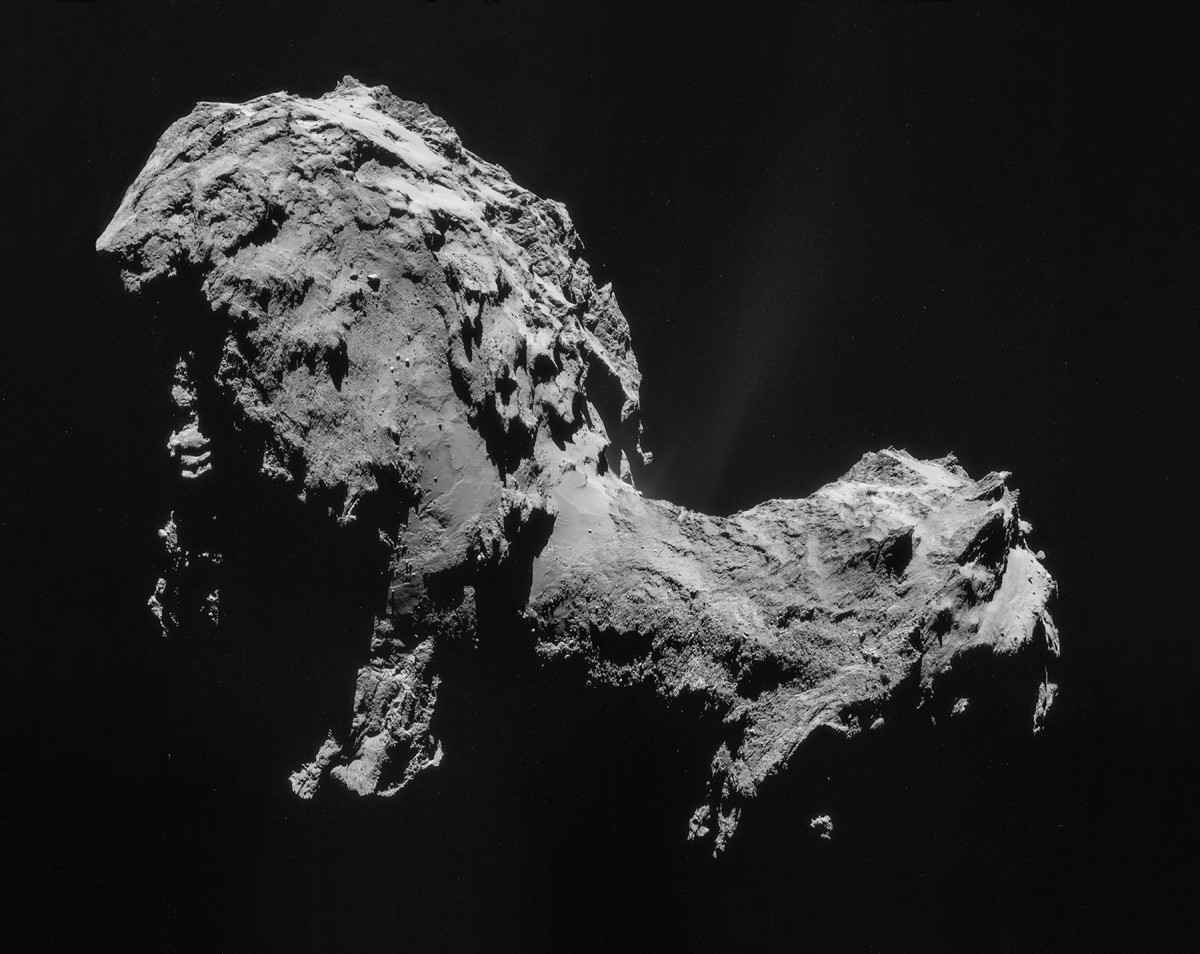 How did life originate on Earth and what were its chemical building-blocks?

Biological evolution was preceded by a long phase of chemical evolution during which precursors of biopolymers accumulated. Ludwig-Maximilians-Universität (LMU) in Munich chemists have discovered an efficient mechanism for the prebiotic synthesis of a vital class of such compounds.

How did life originate on Earth and what were its chemical building-blocks? One possible source of answers to these questions can be found in outer space. On the surface of comets planetary scientists have detected simple organic molecules that could also have been available on the young Earth – either because they were present in the material from which our planet was formed or were subsequently delivered by comets or meteorites.

LMU chemist Thomas Carell and members of his research group have now shown that, under the conditions that prevailed on the young Earth, these simple molecules could indeed have served as precursors for the synthesis of one class of molecules that is an integral part of all forms of life on Earth. In addition, they have validated a plausible reaction mechanism for the production of these compounds. The new findings appear in the leading journal “Science”.

Before self-replicating systems could be assembled, prebiotic chemistry must first have given rise to the subunits that form the basis for the complex biopolymers found in all modern organisms – the proteins and the nucleic acids that specify their structures. Unfortunately, little is known about the range of small organic compounds that was present on the young Earth. However, recent discoveries made by the European Space Agency’s Rosetta mission to the comet 67/P/Churyumov-Gerasimenko have given us some new leads. When Rosetta’s lander module Philae first made contact with the comet’s surface, it bounced off, and dust was wafted into its mass spectrometer. The ensuing analysis enabled mission scientists to identify 16 simple organics in the sample. In addition to water and carbon monoxide, the catalog included a number of nitrogen-containing components, such as formamide and hydrogen cyanide.

“We have now looked for ways in which these very simple substances could have given rise to the complex organic building-blocks of life under conditions similar to those that are thought to have existed on the young Earth. In particular, we were interested in the synthesis of key components of RNA,” Carell explains. The origin of RNA is central to an understanding of prebiotic chemistry.

This is because RNA is potentially capable of catalyzing its own synthesis and facilitating several other biochemical reactions, and also possesses the capacity to store genetic information. A preliminary analysis of possible synthetic routes led the LMU team to a reaction scheme – the so-called FaPy pathway ¬- that could have enabled purines to form under prebiotic conditions. Two of the five types of nucleotide bases that encode the genetic information stored in RNA and DNA are purines. They also form part of the molecules ATP und GTP, both of which serve as energy sources for biochemical reactions and as molecular switches in the control of protein function.

The FaPy pathway begins with the attachment of formamide to aminopyrimidines, nitrogen-containing rings which can be produced by a series of reactions between hydrogen cyanide molecules (and are themselves closely related to the other three bases found in nucleic acids). This gives rise to formamidopyrimidines, hence the acronym FaPy for the pathway as a whole.

A subsequent sequence of reaction steps converts formamidopyridines into the purines adenine and guanine, and several of their biologically important derivatives. “Some 70% of the products of the FaPy pathway are purines, with adenosine – an important subunit of RNA – accounting for about 20%. With the FaPy mechanism, we have thus discovered a synthetic pathway that provides central biochemical components of life in high yield and with high specificity,” Carell explains. “So the FaPy mechanism constitutes an experimentally attested scenario that can explain how the process of chemical evolution could have proceeded during the phase prior to the formation of the first cells.”