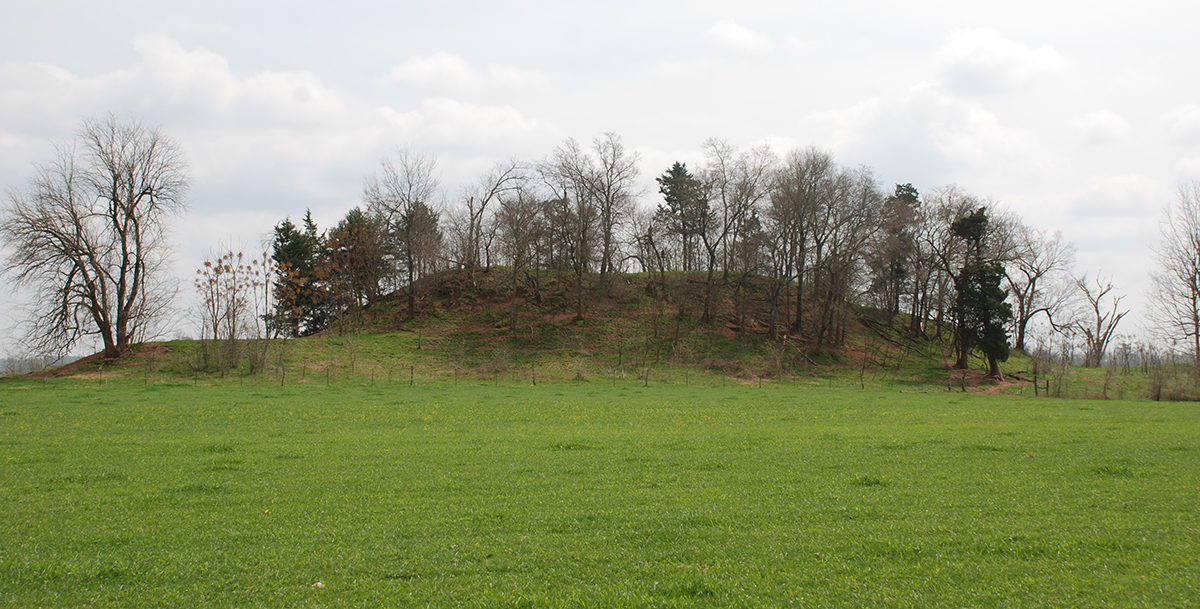 A study of ancient mound builders who lived hundreds of years ago on the Mississippi River Delta near present-day New Orleans offers new insights into how Native peoples selected the landforms that supported their villages and earthen mounds – and why these sites were later abandoned.

The study, reported in the Journal of Island and Coastal Archaeology, also offers a timeline of the natural and human events that shaped one particular site, said University of Illinois anthropology professor Jayur Mehta, who conducted the work with Vanderbilt University postdoctoral researcher Elizabeth Chamberlain while both were at Tulane University in New Orleans.

The site, now known as Grand Caillou, is one of hundreds of mound sites in coastal Louisiana, Mehta said. (Watch a video about the research and history of the site.)

“Louisiana is incredibly important in the history of ancient mound-building cultures,” he said. “In what is now the United States, earthen monument and mound construction began on the Louisiana coast.”

Ancient peoples began building mounds in North America as early as 4,500 B.C., Mehta said. They often situated their mounds near resource-rich waterways, which could support larger human settlements. As many as 500 people lived at Grand Caillou in its heyday. Some mounds also served ceremonial functions.

That so many mound sites have survived in coastal Louisiana is a testament to their careful construction, Mehta said. Neglect, however, and coastal subsidence – the result of engineered changes to the flow of the Mississippi River – are wearing away at the mounds.

The researchers used a variety of methods – sediment coring, radiocarbon dating, carbon-isotope analysis, the dating of ceramics found onsite and a method called optically stimulated luminescence – to figure out how and when the land underneath the Grand Caillou mound was formed by natural forces and when the mound builders arrived and established their settlement.

“We wanted to understand at a deeper level how Indigenous peoples of the coast were choosing where to build their villages,” Mehta said.

Grand Caillou is situated on a natural levee of the Lafourche sub-delta, one of several major lobes of the Mississippi River Delta near New Orleans. Fed by sediments deposited by the river, Lafourche expanded in size over a period of several hundred years, a process that ended at about 800 A.D., the researchers found. The mound builders set up their village around 1200 A.D., long after the site was stable and covered over with vegetation, the team found.

Core samples and excavations revealed that the mound was built in distinct layers, with clay on the bottom, looser sediments piled in the middle and a clay cap on top. This finding confirms earlier archaeological reports that ancient mounds were engineered in layers to withstand the elements.

“The way they were constructed contributes to their durability,” Mehta said.

The Grand Caillou mound was built on top of a river deposit that was naturally higher than surrounding land.

“It’s only a few feet higher than nearby areas,” Mehta said. “But in a landscape where there’s no topography, one or two feet can make a world of difference.”

Ceramics found at the site date to between 1000 and 1400 AD. Radiocarbon dating of charcoal found evidence that the site was abandoned by about 1400. By looking at ratios of carbon isotopes – carbon atoms with differing masses – the team saw changes over time that were likely the result of saltwater incursion into the area. These changes coincided with the ultimate abandonment of the village site.

The new study is a much-needed addition to research on threatened cultural sites in coastal regions, said University of Tennessee anthropology professor David G. Anderson, an expert on US Paleoindian archaeology who was not involved in the research.

“We are facing the loss of much of the record of human settlement and use of coastal zones – and must take steps to address the challenge,” Anderson said. “Mehta and Chamberlain’s study exemplifies the kind of work that will be needed.”