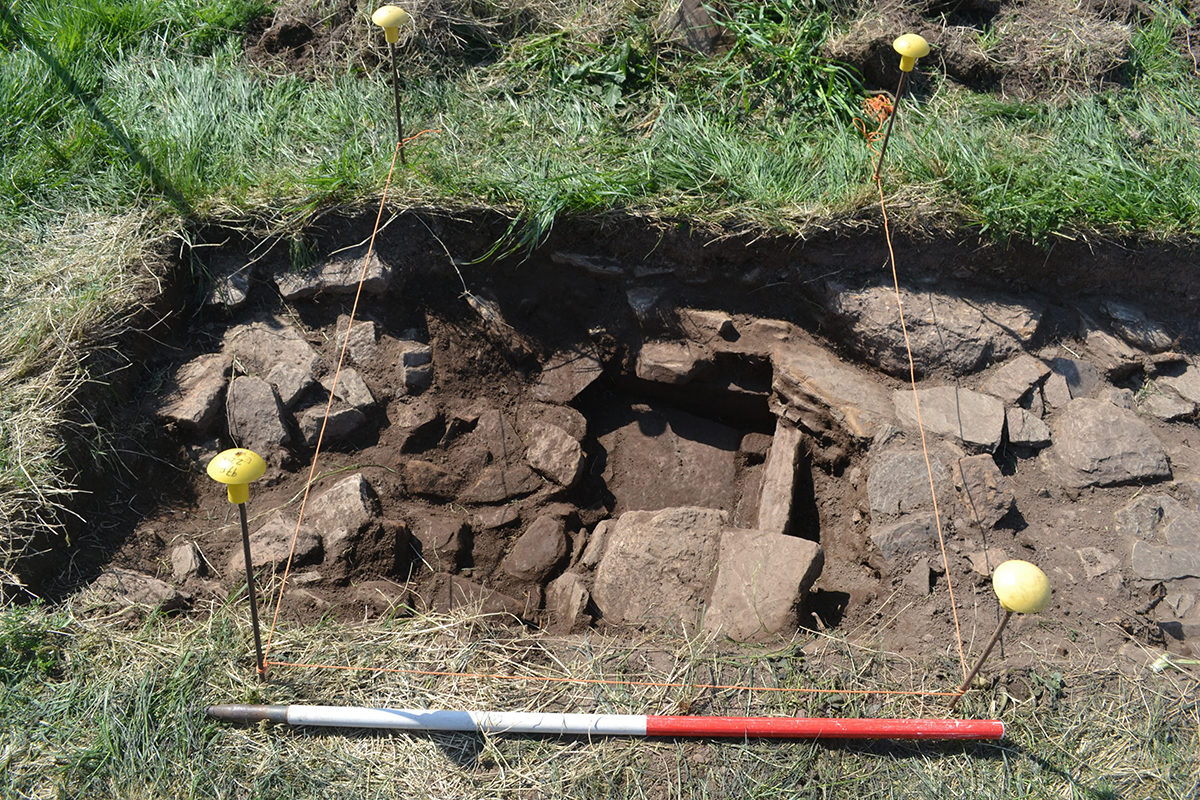 The community around Thurso were invited to take part in the latest archaeology event in the Caithness Broch Festival last week in which a team were trained in basic archaeological techniques by archaeologists from Orkney Research Centre for Archaeology (ORCA) and the University of the Highlands and Islands.

Over 40 people attended the event organised by Caithness Broch Project and experienced “hands on archaeology” in a series of trial trenches at Thusater Burn near Thurso in the North of Scotland.

All three excavated trenches soon revealed archaeological features consistent with that anticipated by a previous geophysical survey conducted by the ORCA team several weeks ago.

Rubble and stony deposits containing cultural material were encountered, although perhaps the most exciting structural find was a perfectly preserved hearth constructed of orthostats, a base slab and packing stones.

Under the blazing sun, the team’s hard work was also rewarded by finding a hammer stone and possible striking stone used for starting fires and a wonderfully preserved pigs tooth. The latter find is usually associated with high status sites.

The investigation raised the possibility of the mound containing prehistoric structural remains although more research is needed to confirm their extent and the actual period of occupation. The hearth, together with the finds point to domestic use – perhaps a ‘wag’ or, even more excitingly for the Caithness Broch Project, the remains of a broch.

Pete Higgins, Senior Project Manager ORCA, said, “It is incredibly exciting to be involved with the team from Caithness Broch Project and local people investigating this site, especially as this is the first time that it has been excavated. This is the first stage of a project which aims to investigate the wider prehistoric landscape of this area of northern Scotland and ultimately help provide the community with the tools to boost tourism in the area.”

Caithness Broch Project member Kenneth McElroy added, “The dig was a really exciting community event – I was especially pleased to see that for many of the volunteers this was their first experience of an archaeological dig.It was a superb few days and we’d love to come back and try and find out a bit more about the site!”