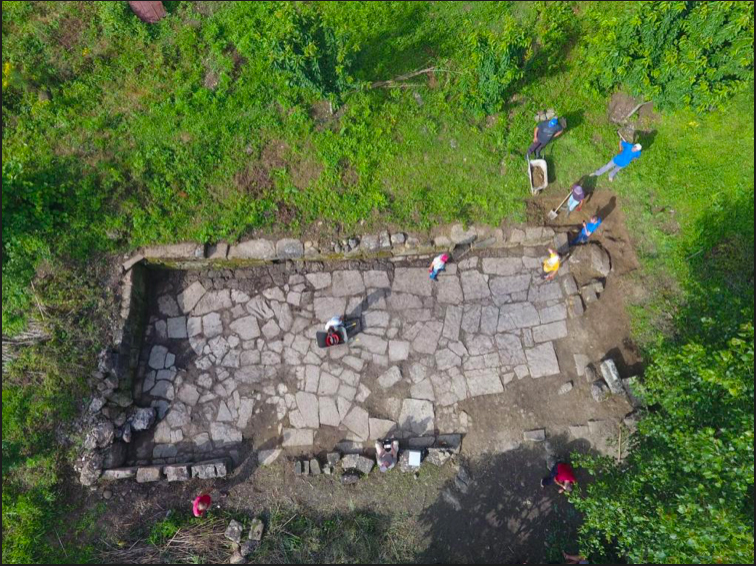 Polish archaeologists discovered over 2,000 years old lost city of Bassania in Albania. The fortress was probably destroyed by the Romans at the beginning of our era. Until now, its ruins were considered to be natural rocks.

The lost city was found unexpectedly in northwestern Albania, in the area of today’s Shkoder. According to the researchers, it is probably Bassania—a city described by Roman historian Livy (59 BC-AD 17) in the context of the battles of Roman troops with the last king of Illyria, Gentius.

In May, archaeologists only uncovered part of the walls and the gate. “The defensive structures were erected from well-fitted, huge stone blocks”, told PAP head of excavations, Prof. Piotr Dyczek, director of the Antiquity of Southeastern Europe Research Centre of the University of Warsaw. The uncovered gate was accompanied by two bastions, to which powerful, more than 3m wide defensive walls led. Their external parts were made of profiled stone blocks. The space between them was filled with small stones and earth.

According to Prof. Dyczek, this type of construction is typical for Hellenistic defensive structures. Such dating is also supported by objects the archaeologists discovered near the walls: coins and fragments of ceramic vessels from 4th-1st century BC. This means that the city functioned in the time of the Illyrian kingdom, which ceased to exist at the turn of the millennium after the Roman invasion.

“In recent years, we have begun to look around Shkoder for settlements and fortresses that were its economic and military base. Thanks to the use of various methods, including non-invasive ones, we have located relics of a huge ancient city”, described Prof. Dyczek.

To the surprise of the researchers, it turned out that the recently discovered city was three times larger than the ancient Shkoder – massive stone walls surrounded an area of about 20 hectares.

Researchers are wondering about the lack of information about the city in the records of travellers from few hundred years ago. “This silence of the travellers, who described the other, even small sites and individual ruins with extraordinary meticulousness, is quite puzzling. The reason could be that the city had ceased to exist so long ago that its name was forgotten”, the archaeologist suggested in an interview with PAP. Recent research confirmed that the end of the city’s existence actually falls at the beginning of the 1st century AD—the end of the reign of Emperor Octavian Augustus—and at that time it was abandoned or destroyed during the Roman invasion. “Its name could have been forgotten”, says Prof. Dyczek.