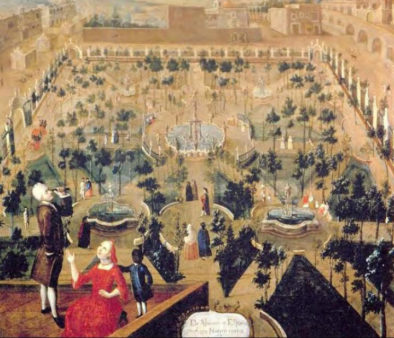 This is a painting of the Convent of Santa Isabel, in Mexico City, painted in the 18th century (author unknown). The building is now home to the Palace of Fine Arts. In the foreground of the painting, a family is pictured on the roof of the convent. Credit: Velázquez A. 2004. La colección de pintura del Banco Nacional de México. Catálogo, Siglo XIX, México, Fomento Cultural Banamex, 2 V.
- +
by Archaeology Newsroom
22 06 '18 10:19