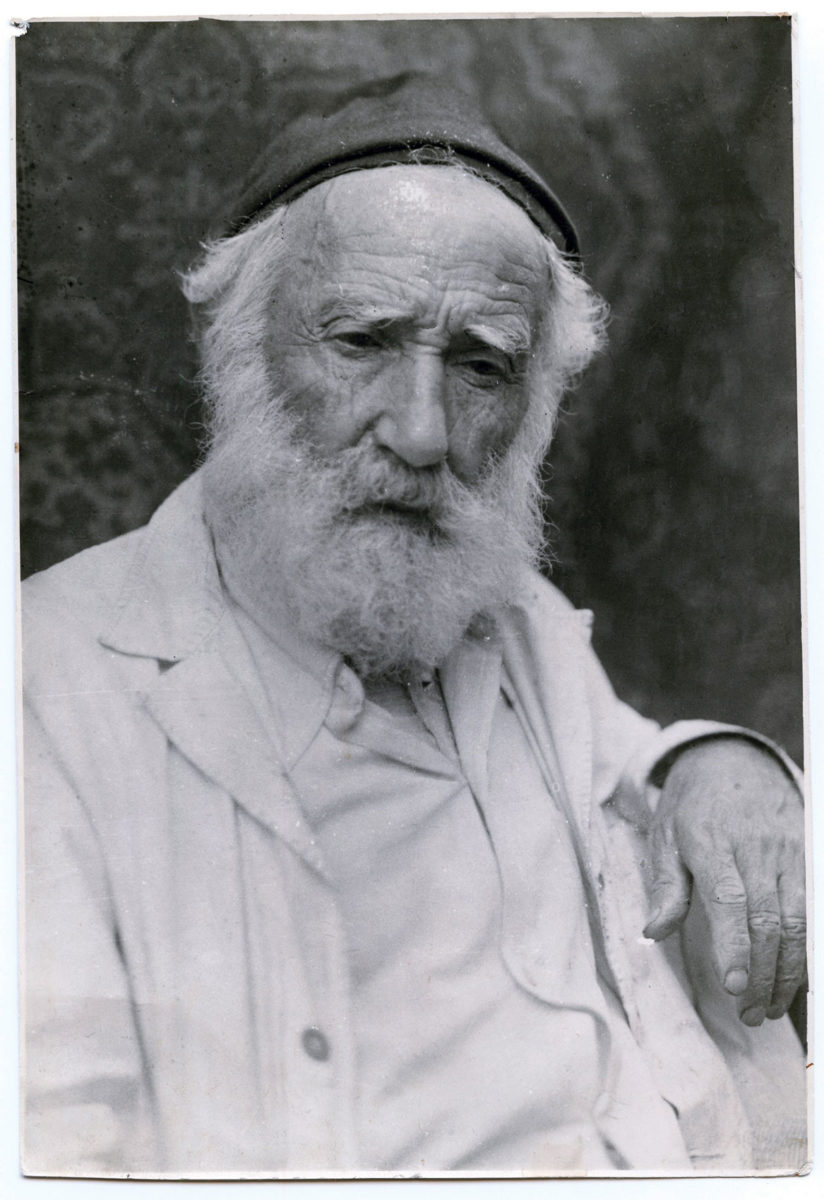 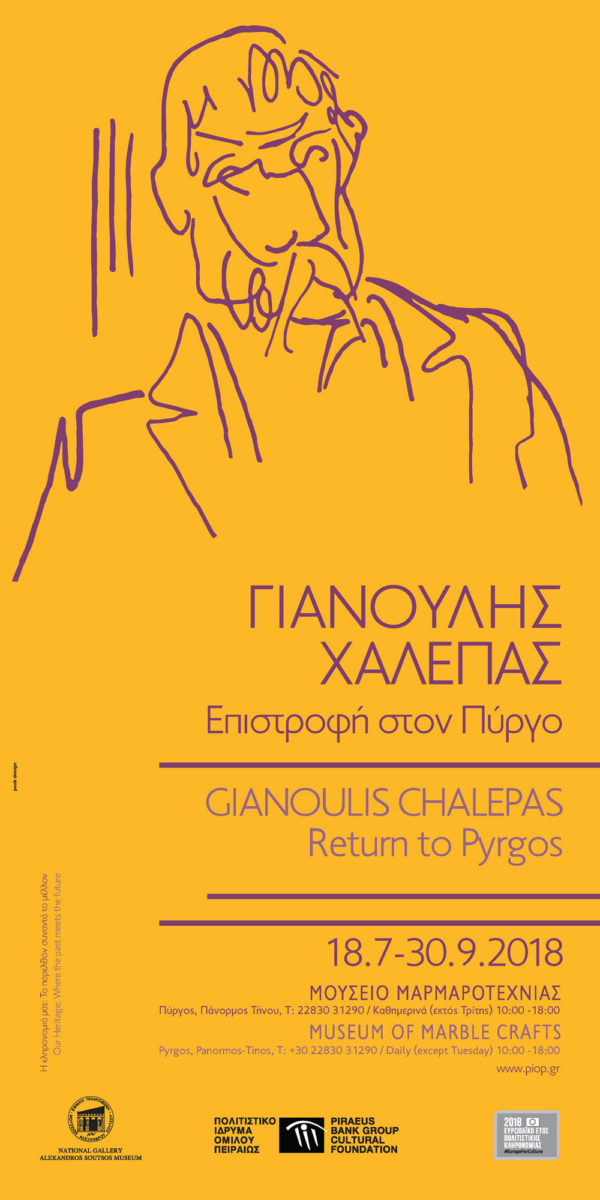 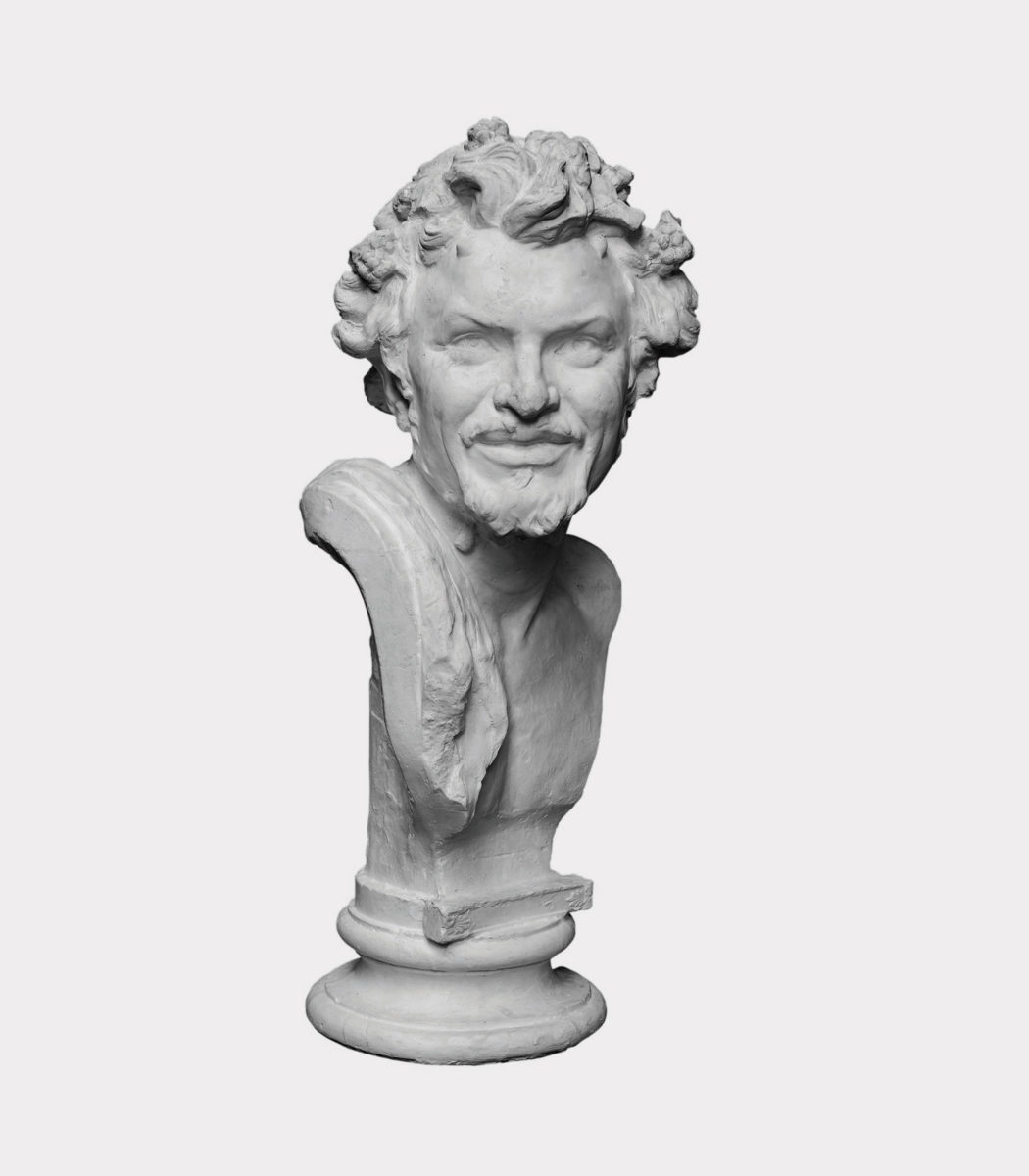 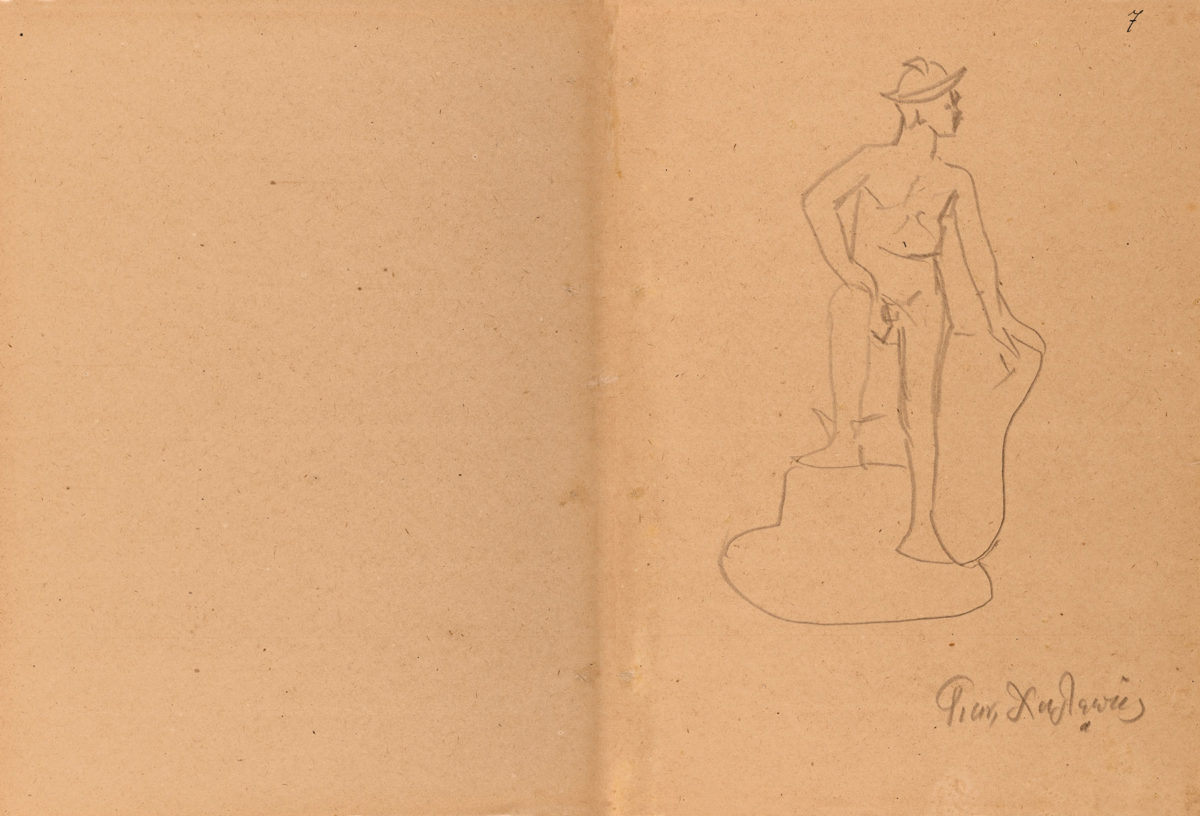 At the Museum of Marble Crafts, Tinos

The Piraeus Bank Group Cultural Foundation (PIOP) in collaboration with the National Gallery – Alexandros Soutzos Museum is organizing the temporary exhibition “Gianoulis Chalepas: Return to Pyrgos” on the occasion of the 80th anniversary of the Tinian sculptor’s death in 1938. The exhibition opens on Tuesday, July 17 at 19:30 at the Museum of Marble Crafts in Pyrgos, Tinos.

The exhibition includes original drawings and works in plaster by the top Modern Greek sculptor from the collections of the National Gallery. Moreover, 35 drawings by Chalepas belonging to the private collector Nikolaos Doukas are to be shown for the first time. The original photographic material enhancing the exhibition comes from the archive of Konstantinos P. Kalaitzidis.

Pyrgos which is itself a live museum of sculpture reveals wonderful examples of marble craft everywhere the visitor goes. In the midst of them all, one name stands out: that of Gianoulis Chalepas who continues to move everyone with his utterly unique place in Modern Greek sculpture. His early work belongs to the 19th century, with his second and third creative periods being in the 20th. He attained fame very early on with his famous Sleeping Female Figure at the First Cemetery of Athens. Forty years of absence, his gradual discovery by scholars of the period and great recognition during his last years on Tinos established  his legend in Athens of his being a saint, a symbol in the field of the arts, an artist who masters innovation regardless of whatever limitations and difficulties.

“Gianoulis Chalepas: Return to Pyrgos” at the Museum of Marble Crafts has an undoubtedly unique feature: It places Chalepa’s entire work in its “natural” setting, illuminating new interpretive approaches. His drawings and sculptures placed next to those of his peers, most of whom were collaborators in his father’s workshop (Kaparias, Lyritides, Lampaditides and others) and also next to work by his elderly father, Ioannis Chalepas, form a distinct unity, a touching fusion of pieces of Tinos’ marble craft history.

The exhibition was curated by Alexandra Goulaki-Voutira, professor of the Aristotle University of Thessaloniki in collaboration with Tonia Yiannoudaki, curator of the National Gallery. The catalogue (published by PIOP) which has excellent documentation and plenty of illustrations was edited by Alexandra Goulaki-Voutira with the participation of Tonia Yiannoudaki.