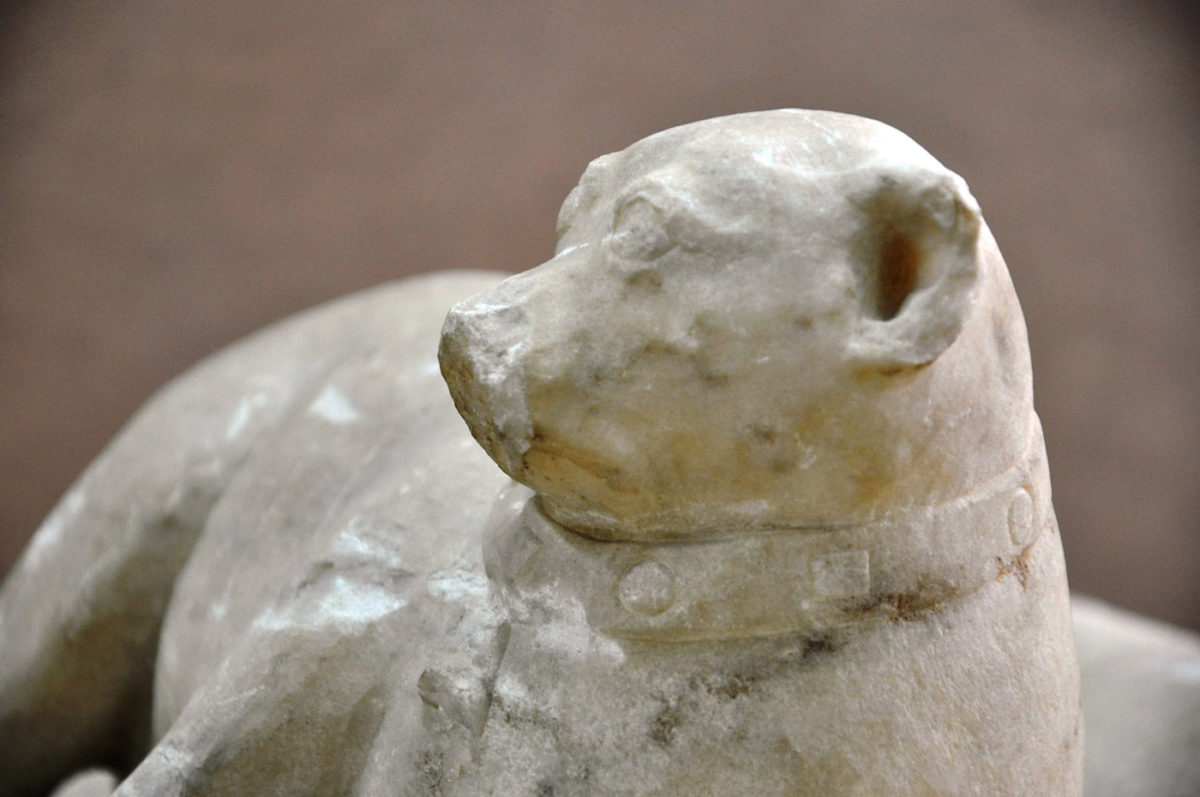 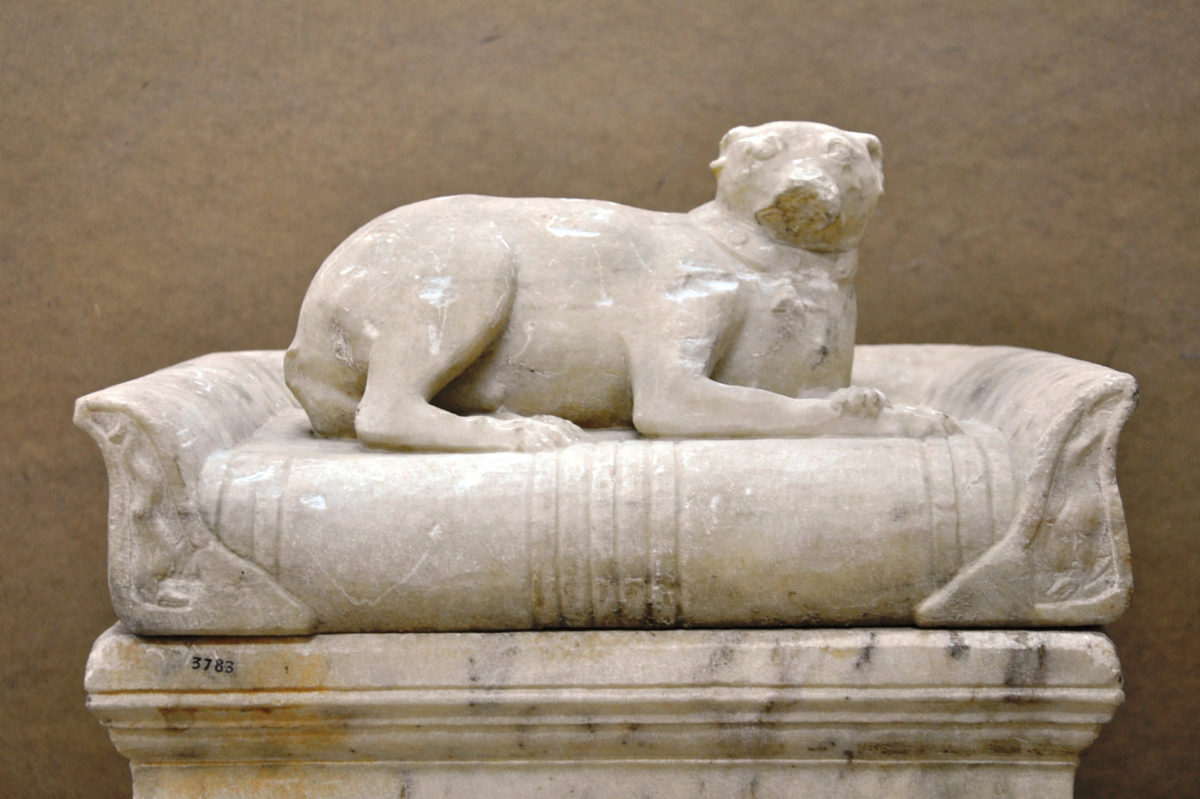 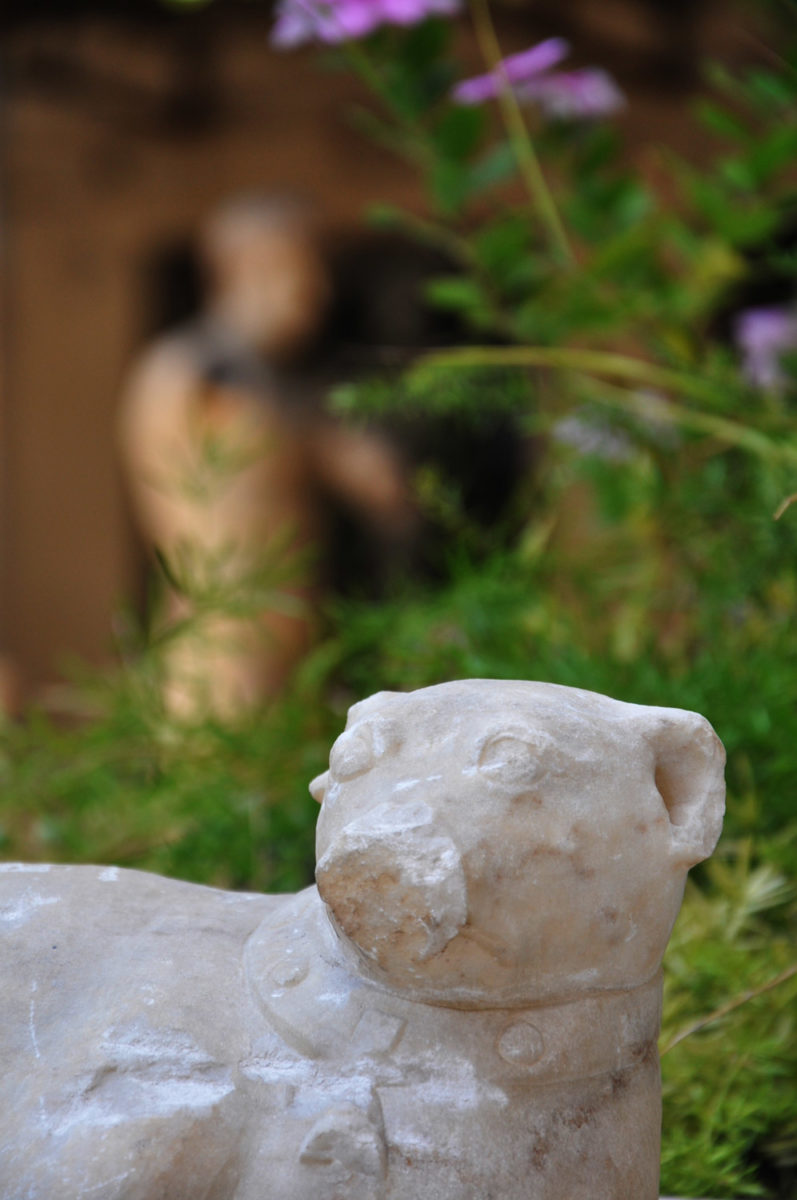 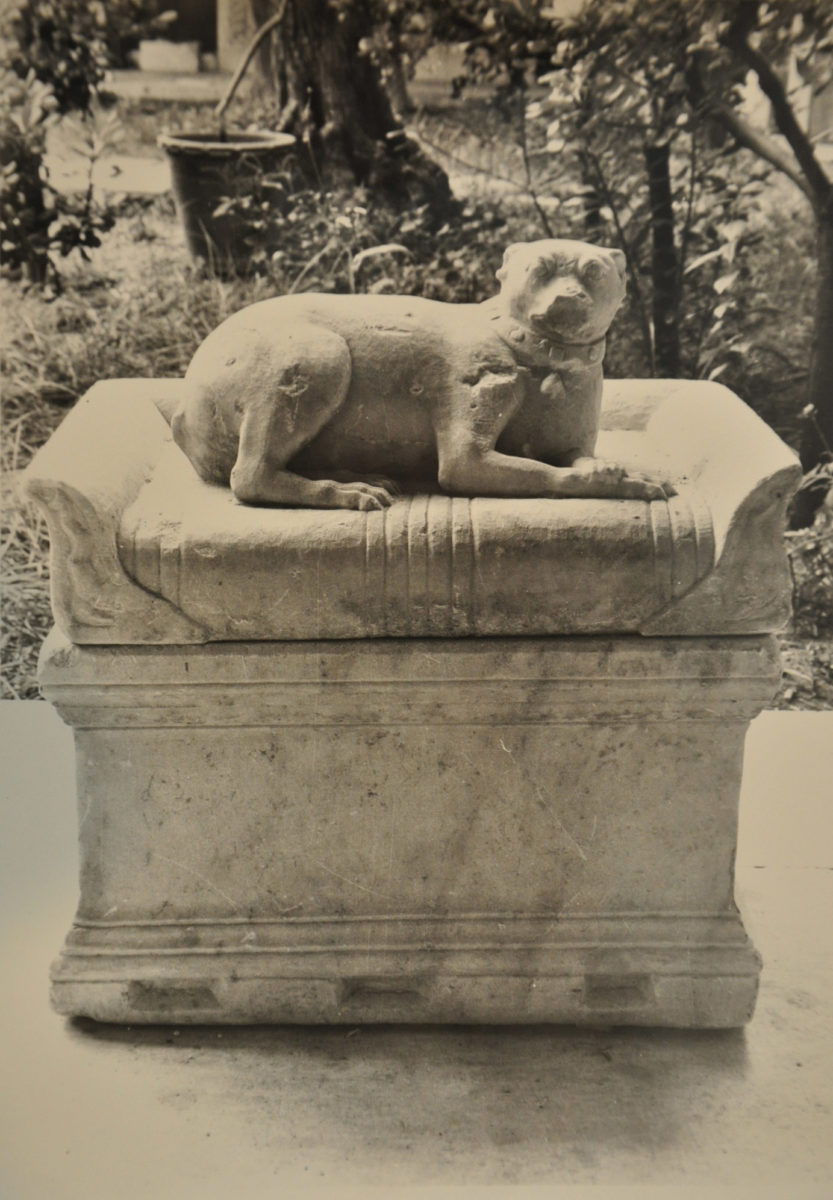 After 17 exquisite artefacts, shown until now, the Unseen Museum, a successful initiative of the National Archaeological Museum of Greece, which presents carefully chosen antiquities from its storerooms, this time welcomes a couchant little dog.

The small sarcophagus with a marble dog carved on its cover is an unusual funerary monument of the Roman period from Athens, thought to have been made to contain the burial of a small dog.

On the cover of the sarcophagus, a small aged dog, crossing its thin front legs, is sitting quietly on its soft striped bedding. The chubby, smooth-coated animal carries all the signs of its old age, as well as of the love its owner had for it. After all, it was not common to honour animals with such marble monuments. The dog wears a bell hanging from its stone-inlaid collar, indicating that it once was a companion pet.

The only similar monument of the kind in Attica is yet another sarcophagus cover with dog representation, which is kept in the Museum’s storerooms. According to the Inventory of the National Archaeological Museum, the sculpture was found in the winter of 1937, on the «North side of the National Garden opposite the Metaxas Lyceum».

The ancient road to Mesogaia crossed this part of the city, along the route of the modern Vasilissis Sophias and Kiphisias avenues. There is no information on any other finds from the same spot. The animal must have had its small head turned in the direction of the ancient road, looking at the passers-by with its expressive glance.

The little marble dog of the National Garden was not alone in this area. In the course of the excavations carried out for the construction of the Athens Metropolitan Railway, certain Roman animal graves came to light in the Syntagma Station area, not accompanied though by similar funerary markers.

The rarity of form and art observed in the small sarcophagus of the National Archaeological Museum undoubtedly reflects the care and love this small animal enjoyed during its short life.