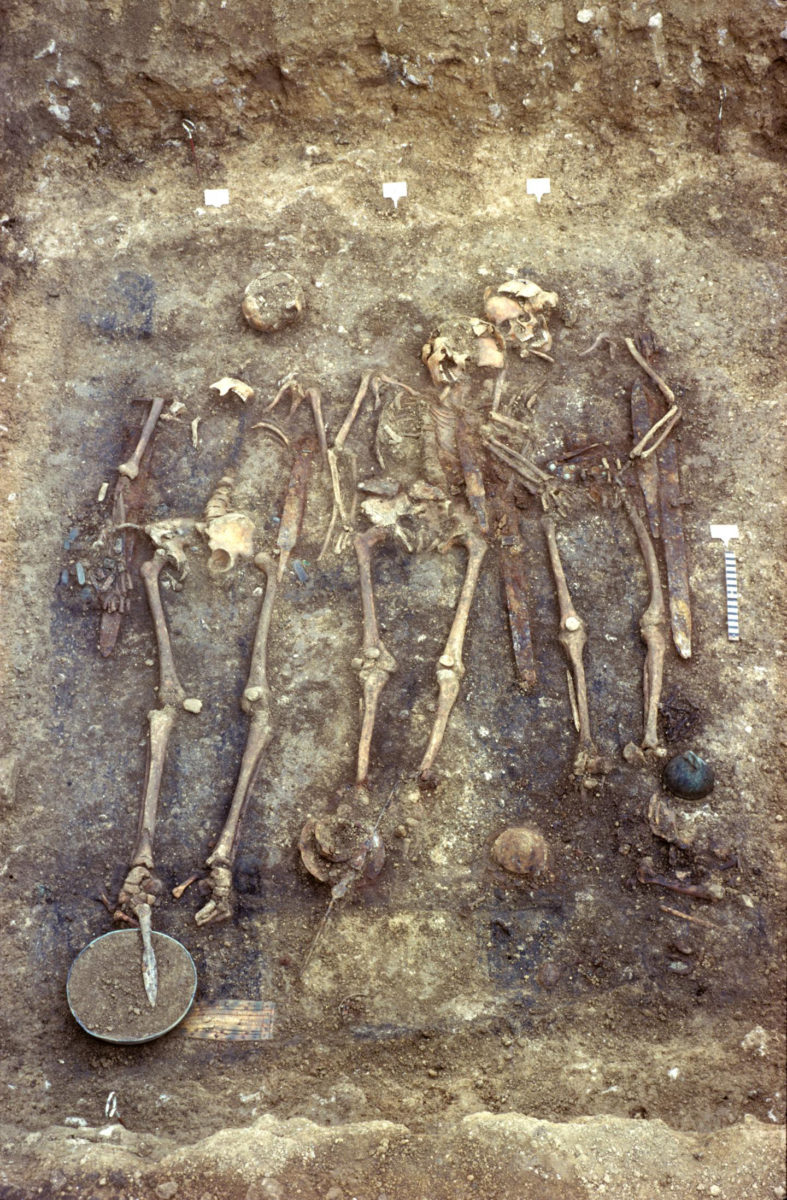 Researchers have studied human remains of high-ranked warriors recovered from an Early Medieval Germanic cemetery. The results have finally shed light into these individuals’ sex and kinship relationships.

These findings offer a unique understanding of the Alemanni. The Alemanni were a group of Germanic tribes that occupied a region spanning parts of present-day Germany, France, Switzerland and Austria. After the Franks defeated them in 497 AD, the tribes changed their burial practices. They started burying households (familia) in richly furnished graves known as Adelsgrablege.

An example of Alemannic Adelsgrablege can be seen in the 7th century AD Alemannic burial site at Niederstotzingen in southern Germany. There, decades ago, archaeologists uncovered the skeletal remains of 13 individuals, as well as collections of goods, from 12 graves.

Despite analysis on the site since its discovery in 1962, the individuals’ genetic sex, kinship and genetic origin were unknown.

Using ancient genome-wide analyses techniques—including 1240K—Niall O’Sullivan and colleagues sought to reconstruct familial relationships of the Niederstotzingen individuals, as well as to estimate their genetic sex.

Finally, the strontium and oxygen isotope content of the individuals’ dental enamel in the northern burials. This indicated that they were born locally, while the southern burials were born in other regions. These findings suggest that other social processes, such as personal fealty to powerful families, might have also influenced the composition of these cemeteries.