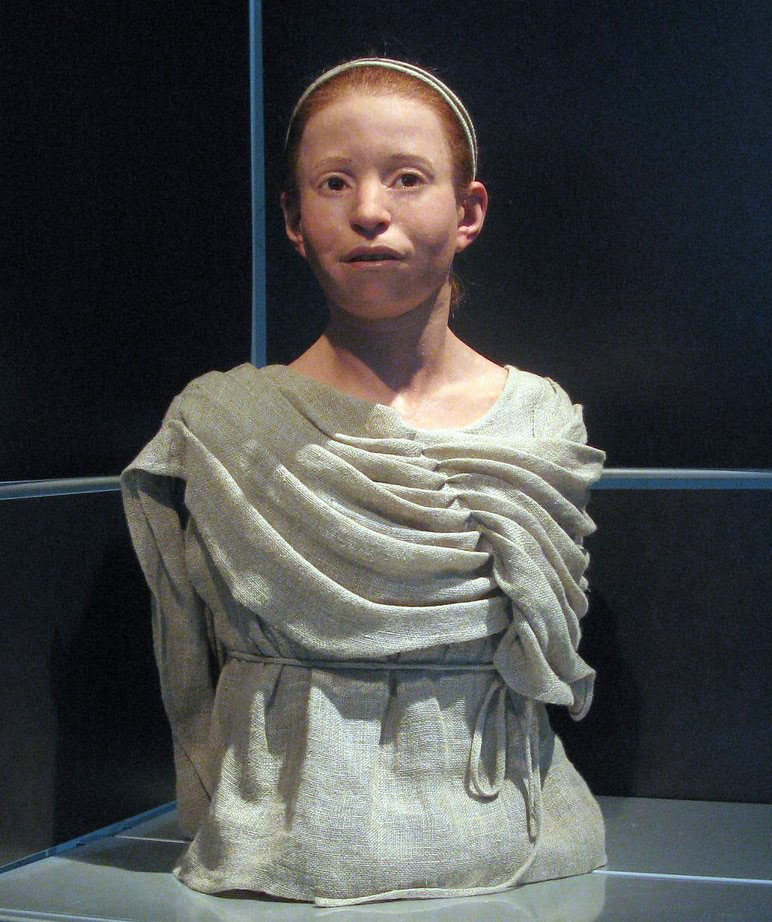 To the mansion of the prime minister at Tirana

Myrtis, the 11-year-old girl who lived in ancient Athens 2,400 years ago (430 BC), having visited the biggest museums in Greece, is travelling abroad for the second time. This time she is going to Albania and for the first time she is accompanied by works of art belonging to her gallery.

Myrtis who died during the Peloponnesian War, somewhere between Sparta and Athens, in an epidemic of typhoid fever and whom we got to know through the reconstruction of her face by the team of professor Manolis Papagrygorakis, will be housed in the mansion of the prime minister at Tirana where works of art from her gallery will also be exhibited.

“The significance of this exhibition lies in the fact that for the first time after 24 centuries we have a person before us looking exactly as she was at that time. This is why the exhibition is called “Myrtis: face to face with the past”. Moreover, even today tens of thousands of people, children for the most part, die of typhoid fever. For this reason the United Nations declared Myrtis a Millennium Goals Friend said professor Manolis Papagregorakis to the Athens and Macedonian News Agency.

The art works accompanying Myrtis on her journey are part of a collection created from  artists’ donations.

“The artist who creates so as to make the present eternal is the only winner in the human struggle against time and his/her work is a link between the past and the future, a bridge between personal and collective experience as well as a bridge, in the case of this exhibition, between our two peoples” notes Manolis Papagregorakis, stressing that the exhibitions are adapted for visually impaired individuals.

Myrtis is addressed to the boys and girls of Albania who are invited by the Greek embassy at Tirana to visit a girl of their own age who had the misfortune to die young but the “good fortune” to travel the world thousands of years later.