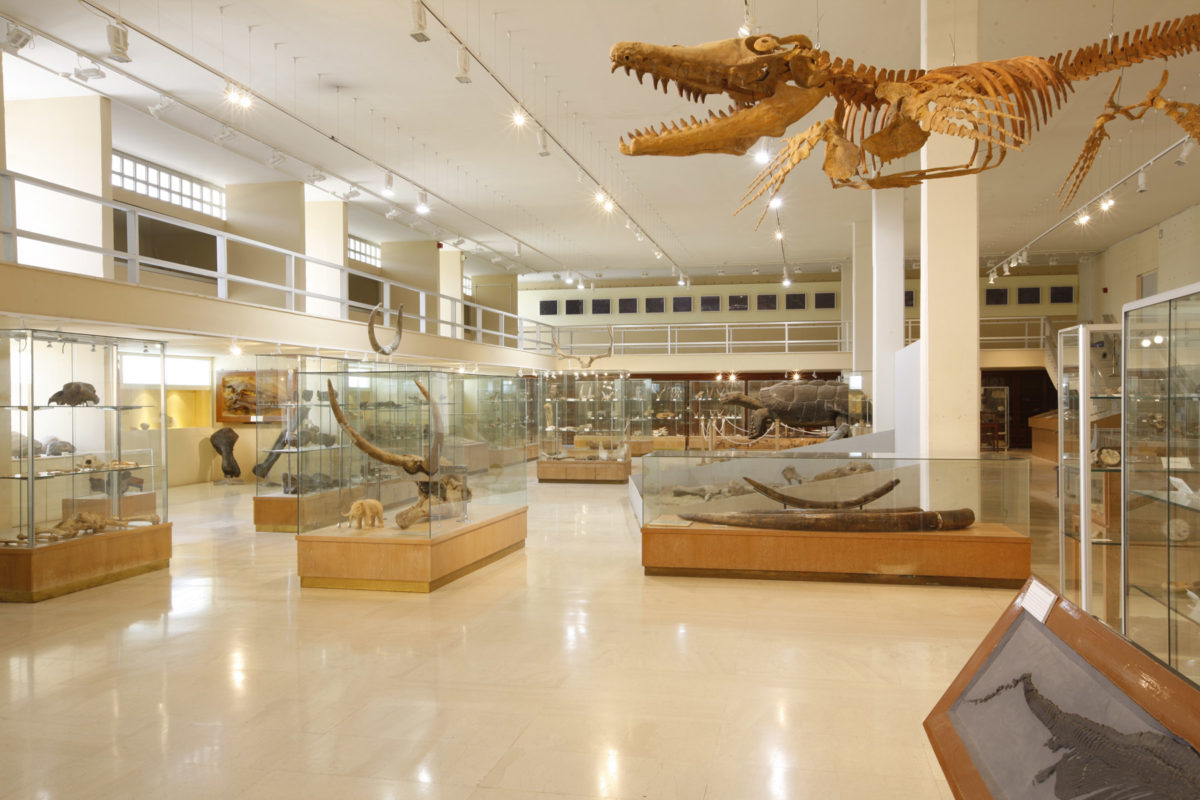 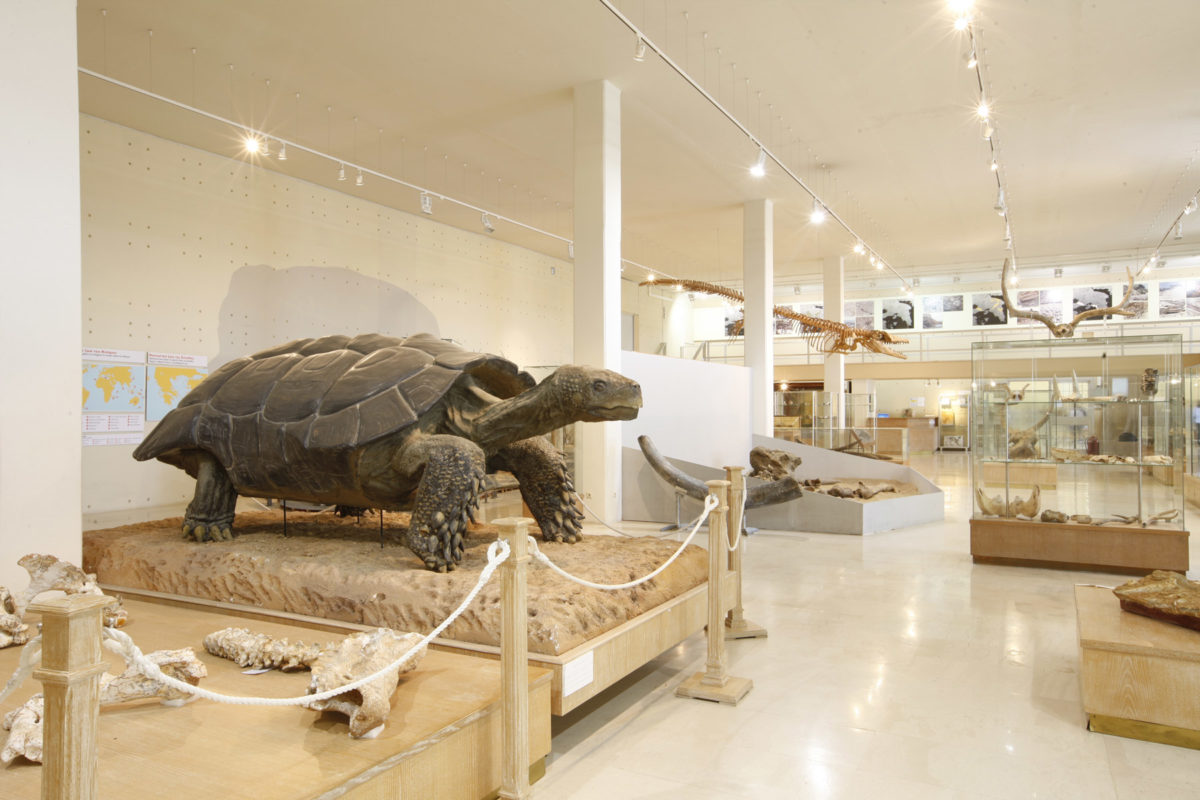 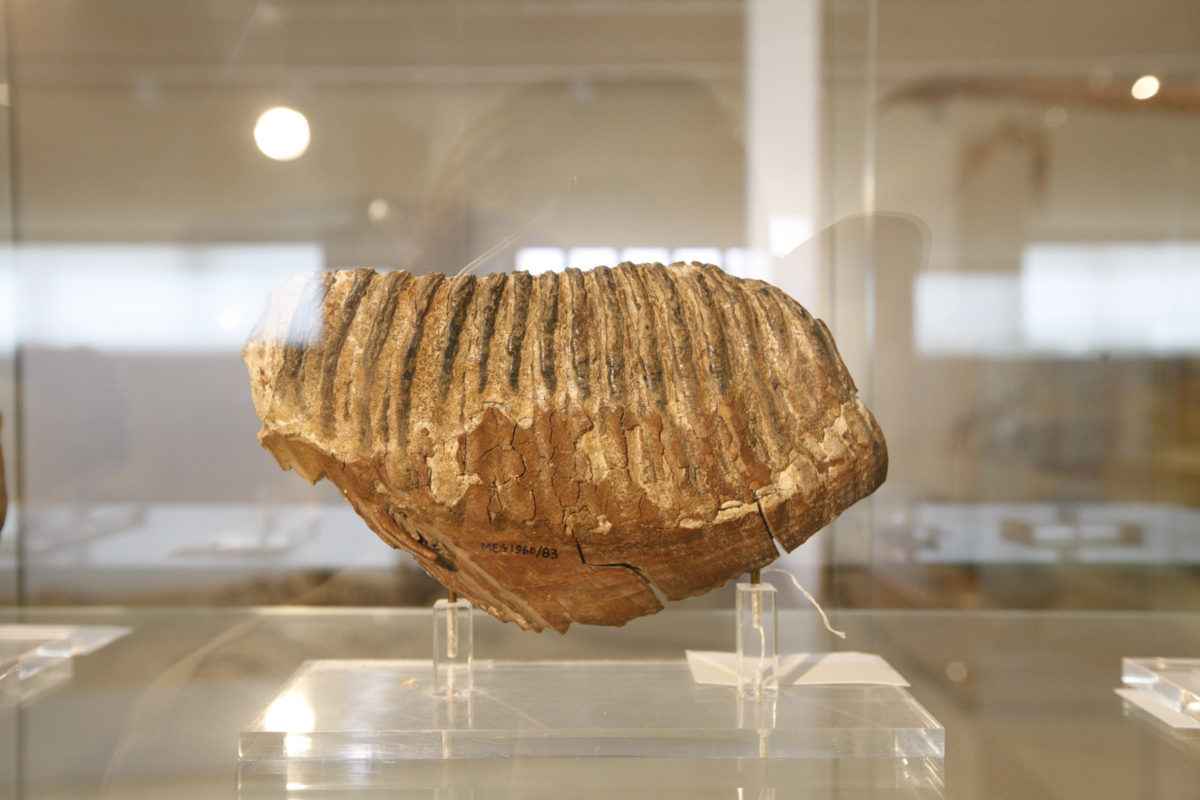 The Museum of Paleontology and Geology in Athens

The Museum of Paleontology and Geology of the National and Kapodistrian University of Athens offers one a travel in time as far back as 500 million years ago. As the Museum’s Director Professor Vasileios Karakitsios says “The past is what defines humankind, therefore it has the same value as the future”.

What can one expect from a tour of the museum? Beginning from the first marine organisms up to the fauna endemic to the Mediterranean of the last thousands of years, visitors can see bones of dinosaurs and large marine reptiles that inhabited the earth 65,000 years ago. They can also touch a unique dinosaur foot print, while having the opportunity to admire Greece’s unbelievable paleontological wealth, getting acquainted with the big collections of fossilized animals and plants.

“We have perhaps as many as 90,000 fossil samples which however are not exhibited. There are around 5,000 findings in the exhibition and they are what attract the public most; fossils of large mammals and reptiles from excavations in places all over Greece such as the Dodecanese, Pikermi, the Cyclades and they begin in the 19th century” says Mr Karakitsios to the Athens and Macedonian News Agency.

Specifically, a walk round the museum will… open the door to the world famous Pikermi Fauna with its gigantic tortoises, the terrible dimetrodons and the small monkeys that have been located at many paleontological sites from Macedonia to Attica and Euboea. You will find yourself in front of a reconstruction of the huge Megalopolis elephant that roamed Arcadia almost 400,000 years ago and inspired the myth of the Cyclops. You will also be impressed by the Dwarves and Giants of the Greek islands, the small deer and giant otters from Crete, the last European elephant from Tilos as well as the smallest hippopotamus that ever lived, from Cyprus.

As Mr Karakitsios points out to the AMNA “All visitors, young and old, are thrilled by the exhibition and excited by the image of an organism that lived 500 million years ago. Let us not forget that geology and paleontology are not anthropocentric sciences which give a leading role to humankind, but consider the latter a result of evolution. Consequently all the above are ancestral forms”.

Museum of Paleontology and Geology of the National and Kapodistrian University of Athens, University Campus, Zografou, Athens.