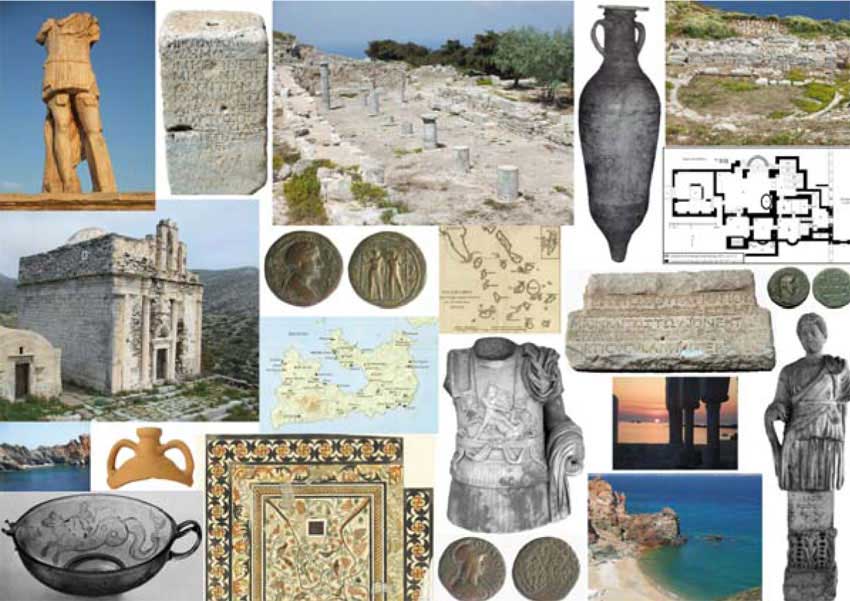 The Roman Cyclades: A “landscape of opportunity”?

Roman traders and settlers, and the economic exploitation of the islands

On Monday, December 9, 2013, Énora le Quéré (Université Panthéon Sorbonne-Paris I), Sophia Zoumbaki (National Hellenic Research Foundation (N.H.R.F.) Institute for Greek and Roman Antiquity (K.E.R.A.) will present the topic “The Roman Cyclades: A ‘landscape of opportunity’? Roman traders and settlers, and the economic exploitation of the islands”, in the French School at Athens.

Both ancient writers and modern scholars alike have considered the Cyclades as a region of desolation, poverty, and decline during the Republic and Imperial times. Yet the presence of private individuals from the West, who are attested to have been settled in the Cyclades, shows that the region offered certain opportunities for profit.

This presentation attempst an investigation of the presence of Romans and Italiote Greeks on the Cyclades, of their mobility and economic role in the region from the 3rd c. BC onwards. As the speakers point out: “Our purpose is to focus on these individuals, on the nature of their presence, on their integration into the local societies of the Cyclades, and on their economic activities. We assume that the exploitation of the natural resources of the islands, sometimes in a large Mediterranean scale, was a principal driving factor behind the presence of Roman traders and settlers there. These activities will be studied both through the direct evidence of the literary and epigraphic sources, and on the basis of various types of archaeological data, such as surveys, excavations, ceramics, amphorae, numismatics etc.”