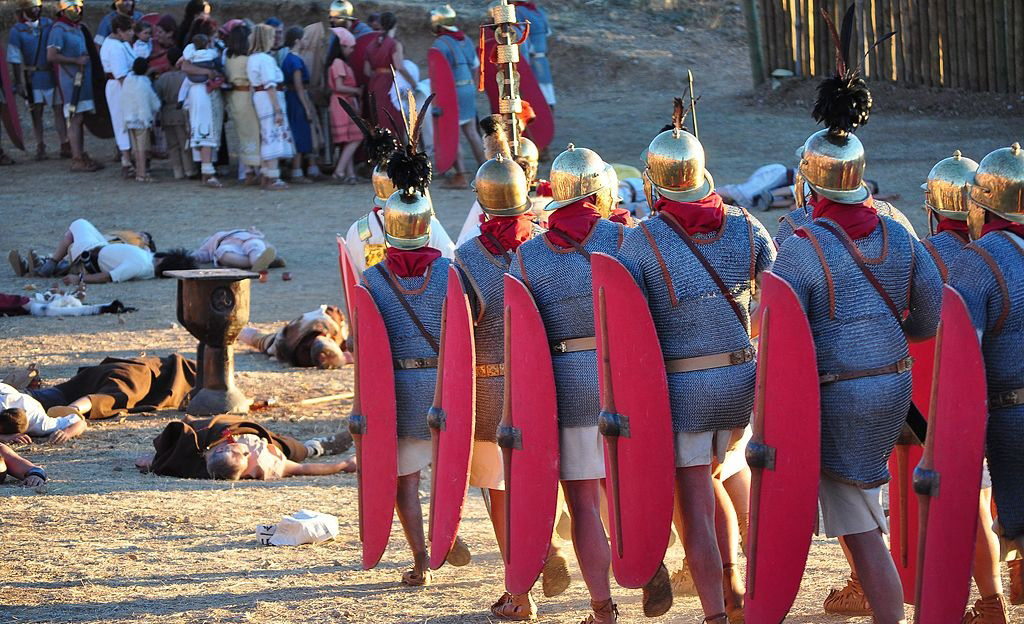 Remains of weapons, sandals and coins

Newly discovered remains of weapons, hobnails from sandals and coins will help experts piece together the untold story of how the Romans won control of Galicia and Northern Portugal from local tribes for the first time.

Archaeologists have found the oldest evidence yet of the presence of legions in Galicia in the Penedo dos Lobos Roman camp (Manzaneda, Ourense, Galicia). This significant discovery will help to redefine the history of the period.

Until now historians had found few clues about the actions of Roman soldiers in these regions. The findings show some, smaller groups, of legionnaires were probably sent on scouting missions in the area to investigate the landscape, rather than to fight, suggesting the region was already under Roman control by the end of 1st century BC, when the bronze coins found were made.

The bronze coins, dating from 25-22 BC, thought to be payment for the legionnaires, were minted by Publius Carisius, who was Augustus’ legate during the Cantabrian-Asturian Wars.

Dr João Fonte, from the University of Exeter,director of the archaeological survey, said: “People have suggested Roman troops were in this area, but until now it was only speculation. This findings, which date from the time of the Cantabrian-Asturian Wars, really will allow us to rewrite the history books.”

Northwest Iberia was effectively annexed by Rome in 1st century BC, but it has been hard for experts to reconstruct events because of a lack of archaeological evidence, in particular in regions as Galicia and Northern Portugal. This historical context is better known in the Asturian and Cantabrian areas, where the last war episodes took place in Augustan times.

The findings were all discovered in the remains of the Penedo dos Lobos Roman camp, the first of its kind to be investigated in Galicia. The research team are using remote sensing technology to find former Roman military camps in Galicia and Northern Portugal. They have found around 20 in the past two years in these regions and are now doing further work to investigate remains they might still hold. Remote sensing technology has allowed the experts to see clearly the remains of the four gates which define the Roman military enclosure. Almost the entire perimeter of the defensive rampart is still in place. All were built in stone and are exceptionally well preserved.

Dr Fonte said: “The evidence we have so far suggests this was a small contingent of soldiers, of about 800 to 1,000 men. We also know it wasn’t a temporary camp, as the site is fully built in stone, so they could have been in the area for several weeks or even months. They could have been tasked with specific missions, such as mapping the landscape or looking at the potential resources such as mining. This shows the Romans ran different types of military operations in this part of Iberia.

“Marching legions tend to leave much less evidence of occupation as they were only passing through, as in the Roman camps documented in Asturias and Cantabria, where we have been able to track the movements of the soldiers in these regions.”

The archaeological work is funded by the Institute of Heritage Sciences (Incipit) of the CSIC, the Town Council of Manzaneda, and Sincrisis Research Group (Department of History, University of Santiago de Compostela).