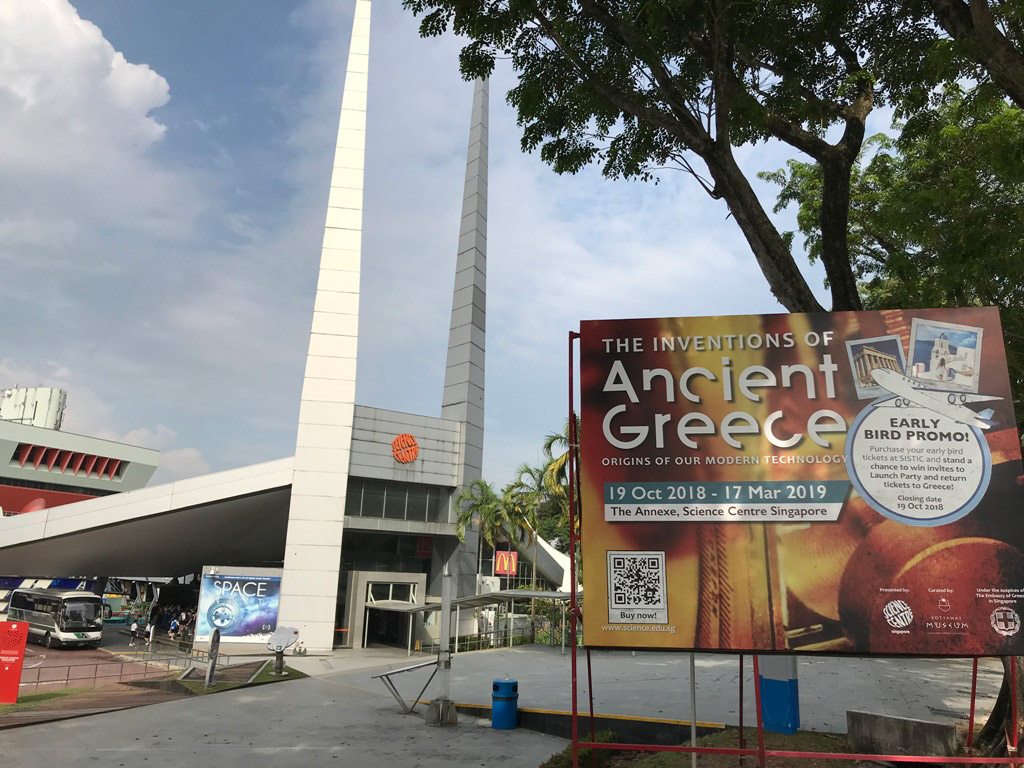 Exhibitions of the Kostas Kotsanas Museum in Singapore and Alexandria

Two important exhibitions of the Kostas Kotsanas Museum of Ancient Greek Technology recently opened in Singapore and in the New Library of Alexandria. The Science Museum of Singapore, among the most modern scientific and technological centres in the world is one of the venues for the touring exhibition of the Kostas Kotsanas Museum of Ancient Greek Technology (www.kotsanas.com) called “The inventions of the ancient Greeks- The beginnings of our modern technology”. The exhibition that will run till March 17 2019, covers 2.000 m2 and includes 60 functioning exhibits /inventions that are globally the first innovations of the ancient Greeks, a special interactive zone of 24 additional exhibits, 24 video-screens of audiovisual material of the exhibits and 500 m2 of scenography. It is divided into units such as robotics, computing, steam navigation, air gas navigation, automated navigation, automation, programming, telecommunication, encryption, geodesy, cartography, astronomy, measuring instruments, applications for hydraulic and wind energy, etc.

According to the Kostas Kotsanas Museum, the exhibition proves beyond any doubt that many sciences and techniques that resemble those of today or at least of the modern era, were born in ancient Greece. At that time there had been a rapid growth in technology, which reached its peak in the 3rd and 2nd centuries BC, was gradually downgraded and lost in the Roman era and gradually recovered after 1,500 years.

Additionally, in the exhibition lobby, two videos are screened of Greece and its culture and of Ancient Olympia. As mentioned by the Kosta Kotsanas Museum, the Singapore Museum of Science has organized the exhibition’s promotion on a grand scale, even advertising the sponsorship of tourist airtickets for Greece to lucky visitors of the exhibition.

Lastly, the exhibition “Ancient Greece-Alexandria- the lighthouse of Technologies” is being presented in the famous Library of Alexandria. According to the Kotsanas Museum, its exhibitions are always carried out without any funds from either public or private bodies and their cost is covered each time by the foreign institutions that are hosting them (universities, international organizations, archaeological and science museums).