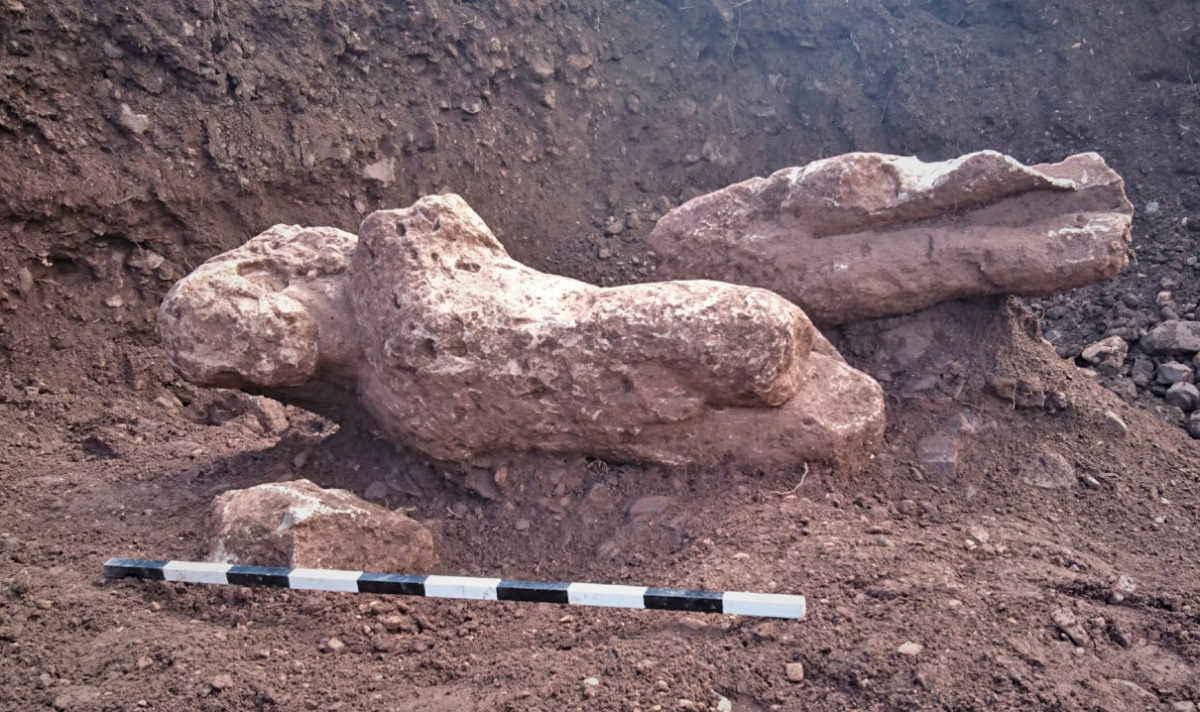 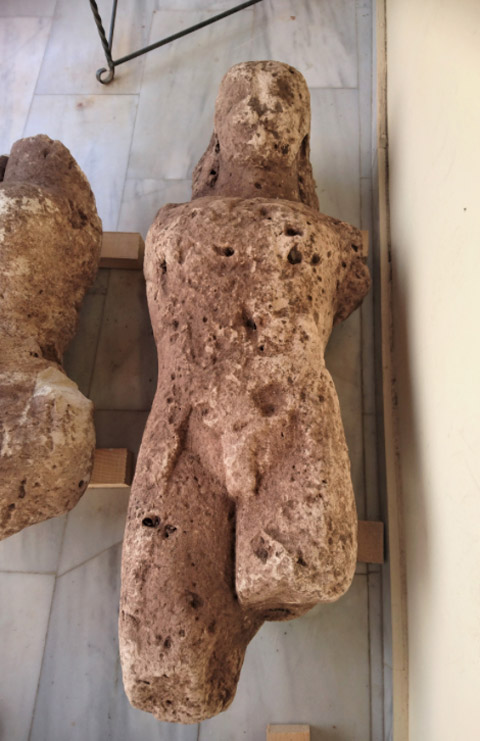 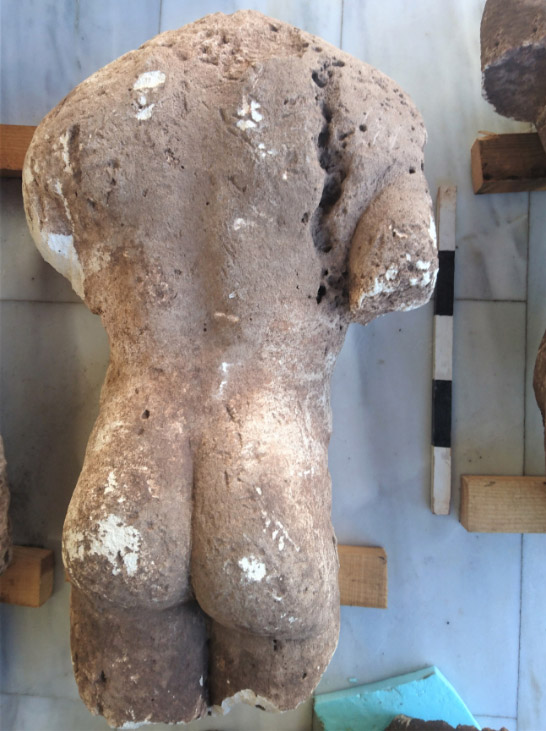 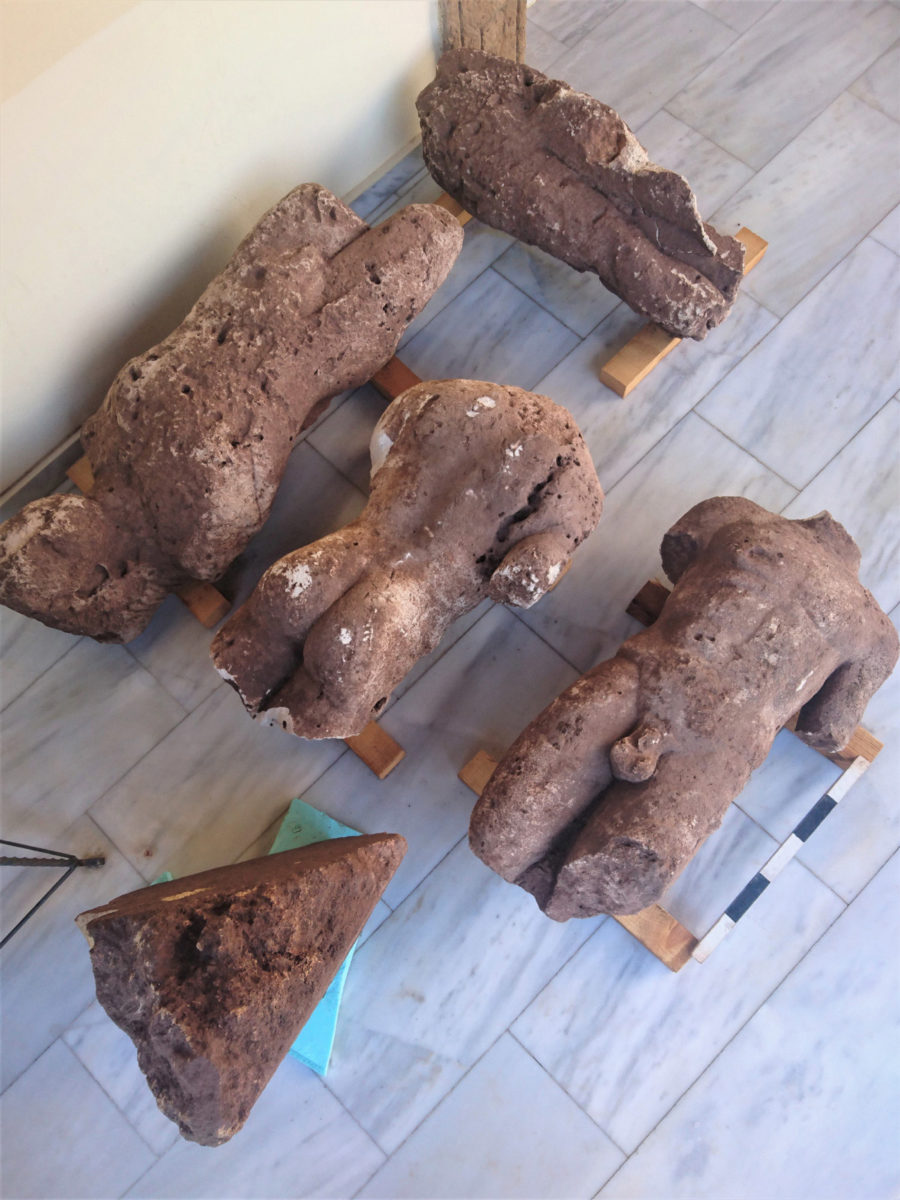 Four statues in all have been discovered

In mid-October, during excavations by the Ephorate of Antiquities of Phthiotis and Eurytania in the greater area of Atalanti in Phthiotis, four torsos of life size limestone statues came to light and one section of the three sided base of a statue.

According to the announcement of the Ministry of Culture and Sports, archaeological research began after the owner of a piece of land in the area of Atalanti pointed out a new archaeological site. He had been ploughing his field when he came upon the 0.86m high limestone torso of an archaic nude male statue of the kouros type and immediately notified the Archaeological Service.

After the statue was handed over and taken to the Atalanti Archaeological Museum, the head of the Ephorate of Antiquities of Phthiotis and Euvritania E. Karatzali appointed archaeologist Maria Papageorgiou to carry out trial trenches on the piece of land, during which three more limestone archaic sculptures were discovered and part of the three sided base of a statue.

In the first trial trench opened on the north side of the field, a limestone, life size, 1.22m high, archaic sculpture was found, preserved from the head to the tops of the thighs and depicting the upright bearded figure of a man with the left leg extended. The above was found with part of the lower torso of a smaller limestone sculpture depicting a nude male figure preserved from the lumbar region to the calves, 0.82 m high, which also bears a plinth embedded in its back surface.

During excavations on November 2 2018, one more life sized kouros was found, measuring 0.95m, preserved in good condition from the neck to the thighs, depicting a young nude man with his left leg slightly extended. The three sided/triangular plinth found right next to him may belong to the same statue.

The recent short excavation conducted in one small part of the field, uncovered an organized cemetery at a deeper layer than that at which the archaic sculptures were found. For the time being, seven graves with noteworthy finds have been investigated, which had been used from the 5th c. BC to the 2nd c. AD.

The existence of the ancient cemetery in proximity with today’s town of Atalanti suggests that, most probably, part of the organized cemetery of ancient Opus has been discovered.