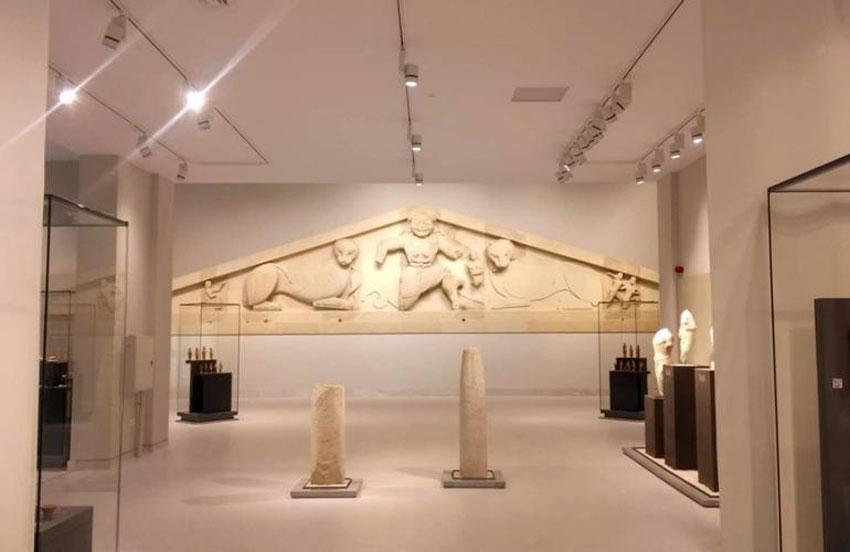 The Archaeological Museum of Corfu is open once again

It was being renovated these past six years

Six whole years had to pass for the Archaeological Museum of Corfu to open again, after its being renovated (supported by the European Fund for Regional Development) with a budget of approximately €4.5 million.

Housed in the two-storey, newly renovated, Archaeological Museum of Corfu, built in 1967, are archaeological finds from the ancient town and from the entire “island of the Phaeacians” related to its first habitation in the Palaeolithic period up to the Roman times.

The most important exhibit is the stone pediment of Artemis Gorgon, originating from the temple of the Goddess Artemis. The pediment is 17.02m long and 3.18 m high and has been made of local limestone. It is considered to be the work of a Corinthian sculptor and dates from the first quarter of the 6th century B.C. The pediment was constructed at a time which coincides with important political changes in Corfu which in 585 BC was freed from the hegemony of the Bacchiadae of Corinth. It is still not known, however, if the pediment’s construction was realized during Corinthian rule or afterwards, when the island regained its autonomy.

The exhibition at the Archaeological Museum of Corfu is organized around different thematic units. The initial exhibition nucleus aimed to present this Gorgon pediment with other finds from the temple of Artemis, but to also make known the results of the excavation research at the site of the cemetery of the ancient city of Corfu where the marvelous Menekrates lion was found. Then the collection of prehistoric tools was added as well as artefacts from other spots on the island, so as to ‟illuminate ″ the beginnings of human presence on Corfu. A series of larger and smaller sculptures demonstrate the flowering of Greek art on the island but simultaneously reveals both the trading relations and beliefs of the respective periods.

In the 1960s and 1970s, excavations at the site of the sanctuaries in the Mon Repos estate, as well as in other parts of the ancient city added new remarkable finds both to the exhibition and the store rooms of the Archaeological Museum. Finds from excavations of the two last decades are being exhibited at the same time as the island’s numismatic collection.

The renovation of the Archaeological Museum of Corfu had been completed in 2017 but recently necessary staff was recruited for its proper operation.

It is expected to be officially opened by Minister of Culture, Myrsini Zorba.