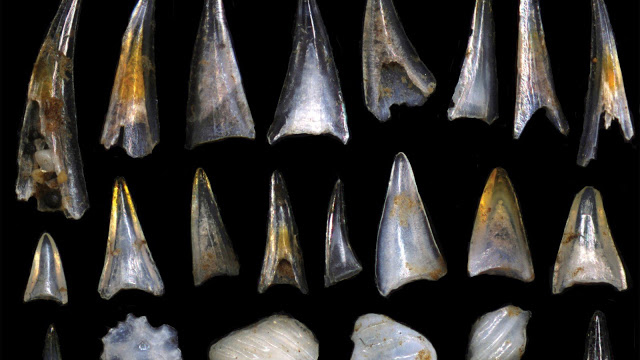 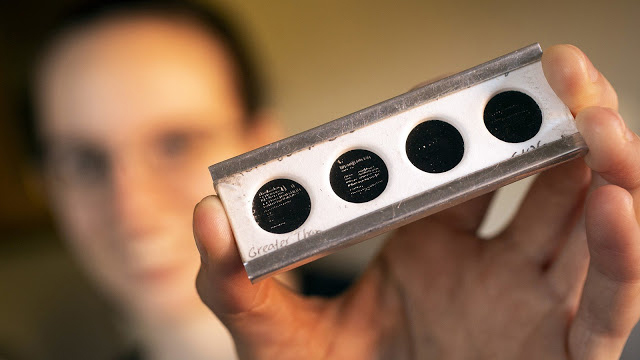 Elizabeth Sibert is rewriting the story of how the asteroid impact that killed off the dinosaurs affected fish, and she’s doing it one tooth at a time.

Based on close examination of thousands of fossilized fish teeth, Sibert, a Junior Fellow of the Harvard Society of Fellows, found that while the impact did cause some fish species to die off, it also set the stage for two periods of rapid evolution among marine life.

“I think fish are one of the ultimate survivors,” Sibert said. “And I say that because every time we make a prediction about what fish are going to do at a time of major global change, be it rapid global climate change or mass extinction, we’ve been wrong in some way.

“So 66 million years ago, when an asteroid hit the planet, it blocked out the sun for several months, which turned off photosynthesis, causing the food web to collapse,” Sibert said. “That meant a lot of things died because they didn’t have any food. What we found was that some of the major fish species, two out of 48, went extinct … but then something clearly happens because we see these two radiations [of new tooth types].”

To understand how the extinction event impacted fish, Sibert had to get her hands dirty—literally.

Much like climate scientists have turned to ice cores for a historical record of the climate, Sibert and other paleontologists turn to sediment cores to understand the creatures that called the ocean home millions of years ago.

After obtaining samples collected from deep in the Pacific Ocean, Sibert’s first step was to dry and then wash the sediment mud over an extremely fine sieve until she was left with material that resembled sand.

“What’s left is anything that’s greater than 38 microns,” she said. “Then I spread that out on a tray and sit with two microscopes side by side, and go through it with a tiny paintbrush. As I find fossils, I take them from one tray and place them on another.

“It’s a time-consuming process. The samples in this study only took about 45 minutes to an hour each, but depending on the size and type of sediment, it can take as long as four or five days. But it’s worth it because it’s an incredibly valuable resource. This is the first time anyone has tried to do this and define the types of fossilized fish teeth that we find.”

Once the teeth were collected, Sibert captured high-resolution images of the entire grouping and then used machine-learning algorithms to break up the larger image into separate images, each containing a single tooth.

Each tooth was then described using a 26-point coding system Sibert developed. Using that coding data, researchers could then identify which teeth were identical, which were closely related in shape, and which were different from one another.

“So we can look at the different characteristics of each tooth and say it’s got a blade on one side or how large the pulp cavity is,” Sibert said. “We can be fairly granular and come up with a code for what each tooth looks like and what traits they have.”

In many ways, Sibert said, the study is a combination of paleontology and ecology approaches because it allowed scientists to measure not only which species were present both before and after the extinction, but their relative abundance as well.

“This is a new way of doing paleontology in a lot of ways, because … we have the ability to look at relative abundance, not just diversity, and that’s not really been done before for vertebrates,” Sibert said. “In most studies, you might get 50 fossils if you’re lucky, but in this study, we had 2,000 teeth, which is an enormous number for any kind of vertebrate study.”

That wider perspective, Sibert said, allowed researchers to see signals that might otherwise have gone unnoticed.

“If you just look at species, you see a 4 percent extinction rate, which is nothing—it’s the same as the normal extinction rate,” she said. “So if you didn’t know there was a mass extinction and you were just counting species you wouldn’t see it.

“The analogy I like to use is of a pine forest,” she continued. “If you have a pine forest and suddenly all the trees die, if you come back 20 years later, the pines might all be gone, so you’ve lost one species, but where they were grass and other small trees are now growing. So the number of plants hasn’t changed, but what is there has changed.”

Going forward, Sibert said she hopes to continue to build a database of fossil teeth and is working with collections at Harvard’s Museum of Comparative Zoology (MCZ) to connect the ancient teeth with modern fish.

“We have all these teeth, we have descriptors for them, but we don’t know who they are,” she said. “What I’m doing is working with modern fish at the MCZ to create a database of modern fish teeth and tooth diversity and skull diversity … to see if, since we know what modern fish teeth look like, if they look similar to these ancient teeth, maybe they were doing the same thing.”