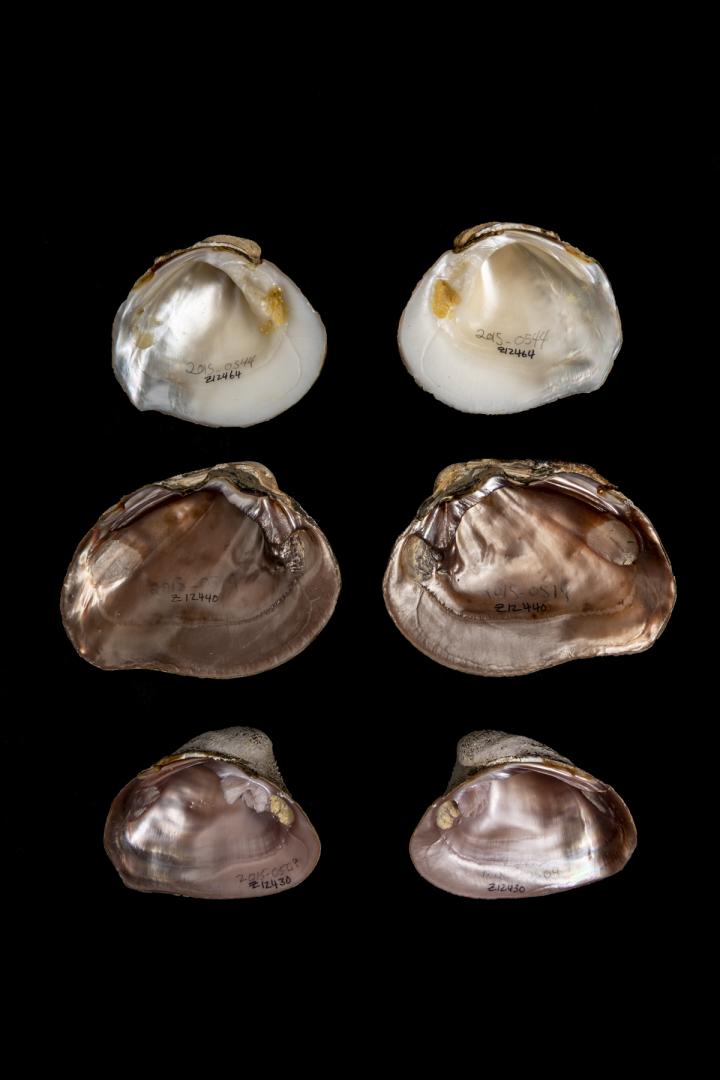 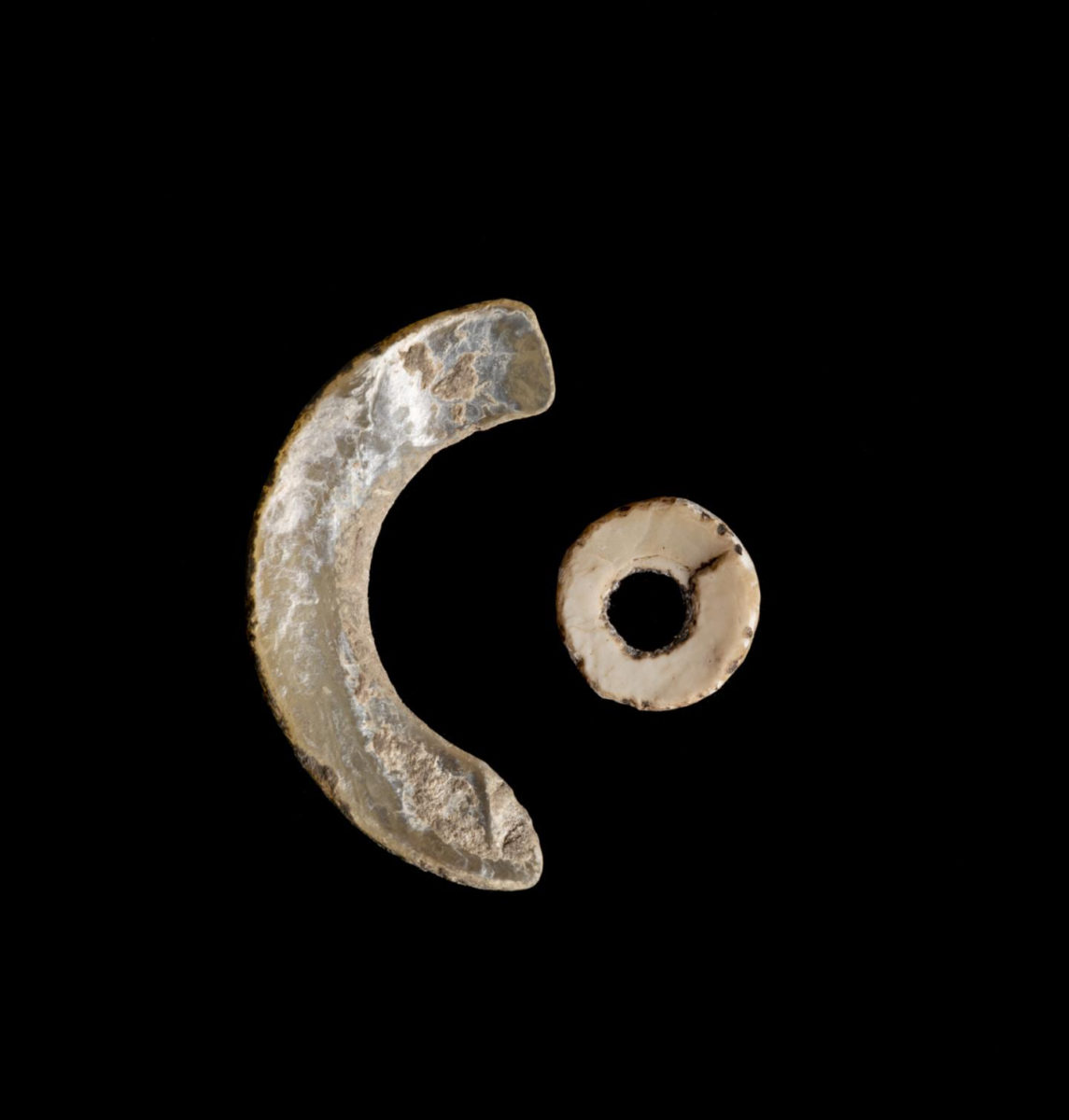 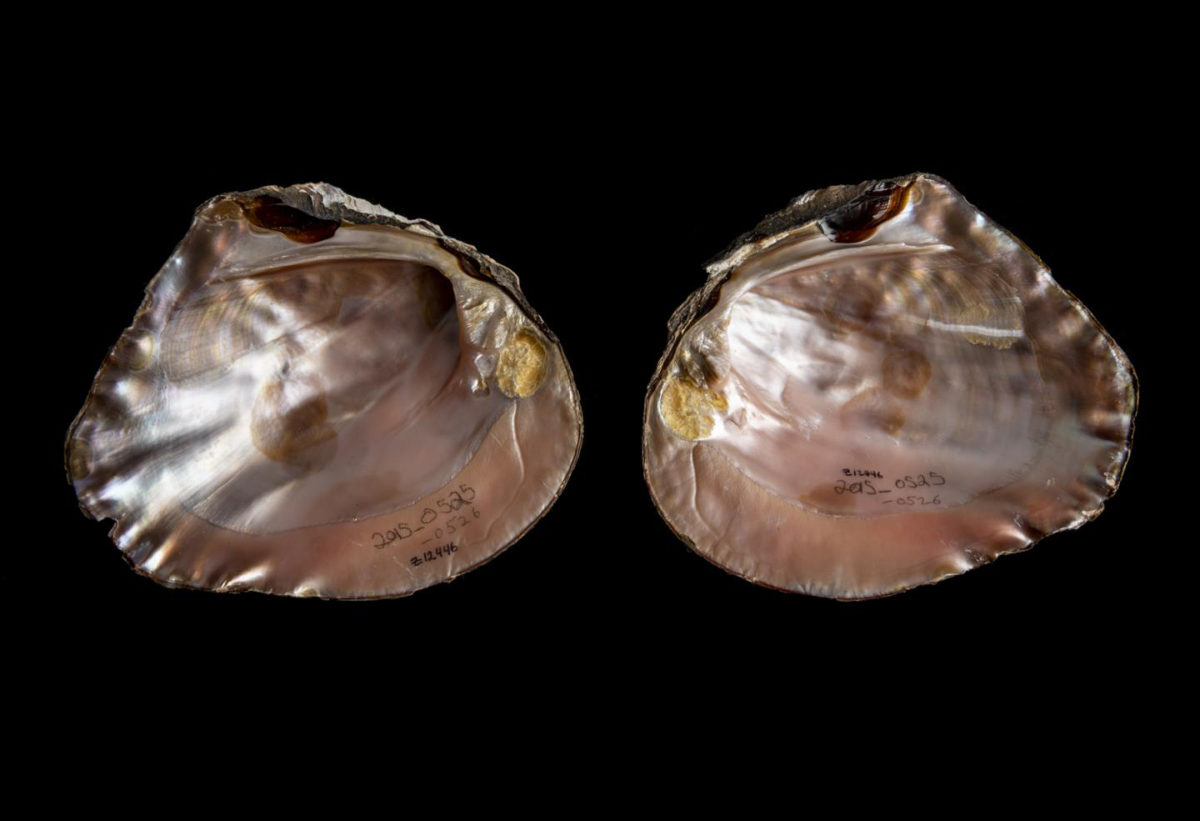 The ancient Maya are not particularly known for their love of freshwater mussels. Mathematics, maize, pyramids and human sacrifice, yes. But bivalves? Not so much.

Yet Florida Museum of Natural History archaeologists Ashley Sharpe and Kitty Emery could not sift through a single bag of material from their dig sites near the Mexican-Guatemalan border without turning up mussels: discarded shells from meals, shells used as paint pots, shell pendants, shell discs sewn into clothing like iridescent sequins and ground shell powder that may have been an early form of glitter. They even found corpses carefully buried with bivalves clasped in their hands.

But when Sharpe and Emery documented their findings, they ran into a problem—matching the right name to the right mussel species.

“Either no one had given names to them or we had the problem where naturalists had given 50 different names to one thing,” said Sharpe, a University of Florida doctoral graduate and now a research archaeologist at the Smithsonian Tropical Research Institute. “We could tell the Maya were identifying different types of mussels and using them in different ways, but I would end up just referring to them as ‘mussel a’ and ‘mussel b.'”

Enter John Pfeiffer, a Florida Museum doctoral student researching freshwater mussel classification and evolution. After listening to a research presentation by Pfeiffer, Sharpe and Emery, curator of environmental zooarchaeology, struck a deal with him—they would bring fresh specimens from the field if he would complete the DNA analysis to identify them.

Their collaboration produced the first molecular study of freshwater mussels native to Mexico and Central America, adding what Pfeiffer described as a crucial and long-missing piece to our understanding of North American freshwater mussels.

“This is the most geographically inclusive interpretation of North American freshwater mussel evolution,” said Pfeiffer, the study’s lead author. “You really can’t talk comprehensively about North American freshwater mussels unless you consider these groups in Mexico and Central America, but if they existed south of Texas, they pretty much got ignored.”

North America is the epicenter of freshwater mussel diversity and home to the most species-rich mussel subfamily, Ambleminae, whose classification got a shake-up as a result of the team’s study. Amblemines have garnered the bulk of North American mussel research, partly because of the striking way they disperse their young.

Several amblemine groups attract host fish by using convincing “lures” that resemble easy meals such as small fish, insects and crayfish. When a fish nibbles the lure, the female squirts out tiny parasitic larvae, which clamp down on the fish’s gills or fins where they will remain until they are large enough to drop off and bury in the riverbed. Without this strategy, the mussel’s offspring would be flushed helplessly downstream.

Pfeiffer got hooked by these lures as well.

“I was amazed that animals that look like rocks full of snot have these remarkable traits and behaviors that can fool really visually oriented predators,” he said. “How they evolved such accurate replicas of their hosts’ prey made me want to study natural selection and evolution.”

Mussels play a key role in the health of freshwater systems, acting as the livers of rivers and streams by filtering and cleaning their waters. But mussel numbers are plummeting globally. Damming, water pollution, invasive species, the loss of their host fish and habitat degradation have put freshwater mussels among North America’s most endangered animals, Pfeiffer said.

“Over two dozen species have gone extinct in the last 200 years,” he said.

Making sound conservation decisions hinges on a detailed knowledge of which species live where, but the lack of molecular data on Mexico and Central America’s mussel species left what Pfeiffer called a “black hole” in our comprehension of North America’s mussels.

“It was like Mexican and Central American mussels hardly existed, as if they were not critically important to understanding the evolution and ecology of the group,” Pfeiffer said. “That sentiment is reflected in many treatments of North American freshwater mussels. But these regions share many of the same lineages. Mussels don’t care about borders.”

In a previous study, Pfeiffer, Sharpe, Emery and Larry Page, Florida Museum curator of ichthyology, used DNA evidence to show that a Central American mussel species listed as federally endangered was nearly genetically identical to a common species in the U.S. The populations in Mexico and Guatemala just represented the species’ southernmost residents.

“It seemed odd to us that this species that is widespread from Minnesota to southern Texas suddenly became a distinct and critically endangered species once you crossed the Rio Grande,” Pfeiffer said. “The specimens Ashley collected from Guatemala allowed us to test our hypothesis and ultimately correct the species’ classification. This is one example of how the mussel diversity of Mexico and Central America may have been overestimated.”

But he understands firsthand how classifying species without the help of DNA can be difficult. When Sharpe and Emery returned with their specimens and tissue samples, he sorted the shells based on what he suspected the species groupings were. Circular, bumpy shells went in one pile, flat shells with white interiors in another, and so on. Then the DNA results rolled in.

“We got the molecular data back, and it pretty much trashed many of our shell-based hypotheses,” Pfeiffer said. “Some shells looked like dead ringers for belonging to one particular group but ended up being distant relatives. Shells that I had sorted into six piles based on their characteristics had nearly identical molecular sequences. There’s clearly a lot of plasticity in shell shape.”

The DNA clarified species’ identities and their relationships to one another, providing a baseline for future conservation assessments, Pfeiffer said. The team also recognized a new tribe of amblemines that could help scientists better understand the evolution of the subfamily’s sophisticated host infection strategies.

But the researchers have plenty of work ahead.

“We’ve made some good progress, but there are still many more taxa to be sampled and regions to be explored,” he said. “Really, we’ve just scratched the surface.”

Meanwhile, in Guatemala, Sharpe is turning her attention to patterns she and Emery had noticed previously, with species names in hand—how some mussels were once common and then completely disappeared or how the Maya switched from eating some species to using them exclusively for ornamentation. Having modern specimens to compare with archaeological ones also clarifies why the Maya may have used certain species for specific functions. Many of the now-bleached shells used for jewelry or burial décor had lustrous, violet interiors when they were plucked fresh from the river.

“There were certain species used in burials regionwide, but only at one point in time – it was like a fad,” Sharpe said. “Working with John allowed us to look at things in a way that we never thought we could do. Without the genetic data, we really couldn’t classify these shells.”

As a mussel geek, how does Pfeiffer feel about the lifestyles of the ancient Maya, whose diet, clothing, architecture and burials were so populated with mussels?