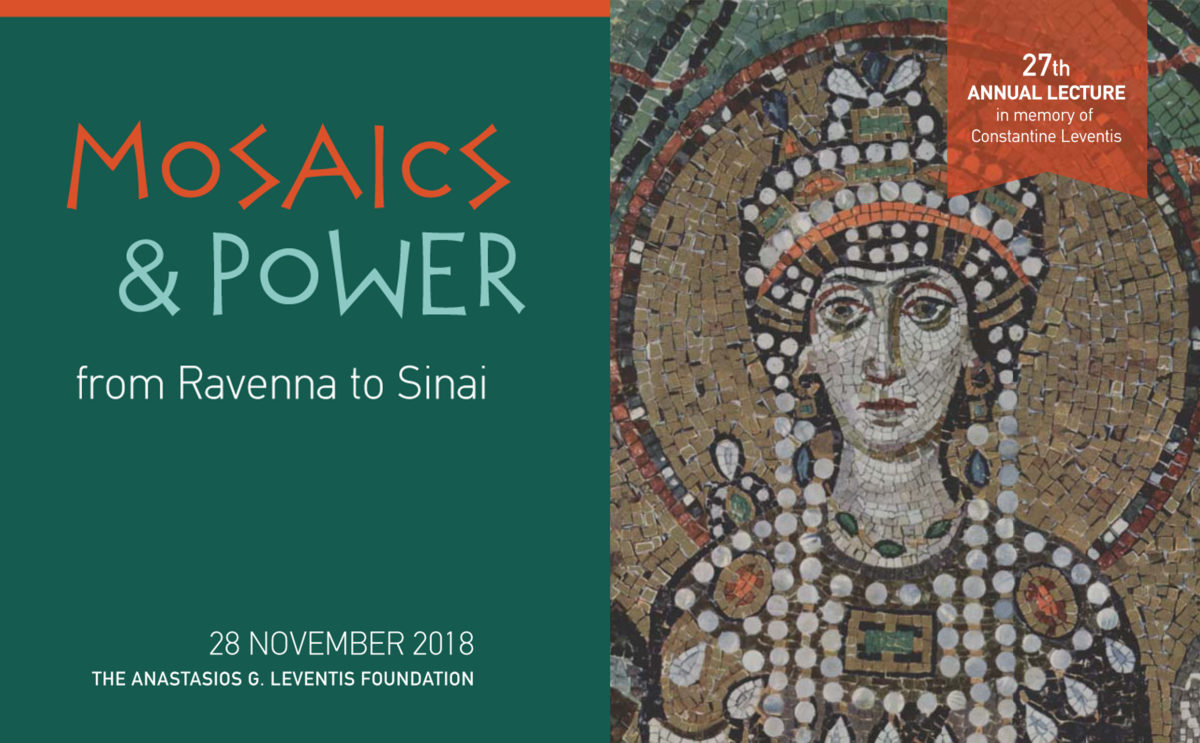 Mosaics & Power: From Ravenna to Sinai

The lecture will survey the immense range of Byzantine mosaic decoration of the sixth century, concentrating on the reign of Emperor Justinian (527-65). In particular, it will investigate the relationships between mosaics in Ravenna, where the emperor and empress are portrayed in the church of San Vitale, and the apse mosaic of the Transfiguration at Sinai, which appears to be part of the same emperor’s plan for the monastery church which he financed.

Several key issues will be addressed: the patrons responsible for these magnificent wall coverings, the people who decided which scenes and individuals were to be portrayed, the craftsmen who executed these designs and the financiers who paid for them.

Such rich decoration, often accompanied by multi-coloured marble revetment and painted stucco, encapsulates the power of individuals determined to impress often far-flung regions. Although many mosaics of emperors, saintly figures, bishops and military leaders were put up in the imperial capital, Constantinople, none of them have survived. But there are literary descriptions of them.

The final aim of this lecture is to correlate mosaic decorations in distant centres of the empire, such as Italy, Cyprus and Sinai, with these written records.

The 27th lecture in memory of Constantine Leventis will be delivered in English on Wednesday, 28 November 2018, at 19.30, in the premises of the A.G. Leventis Foundation at 40, Gladstone Street, 1095, Nicosia.

Due to the limited availability of seats, early reservation is strongly recommended. Please call 22661475 or email [email protected]