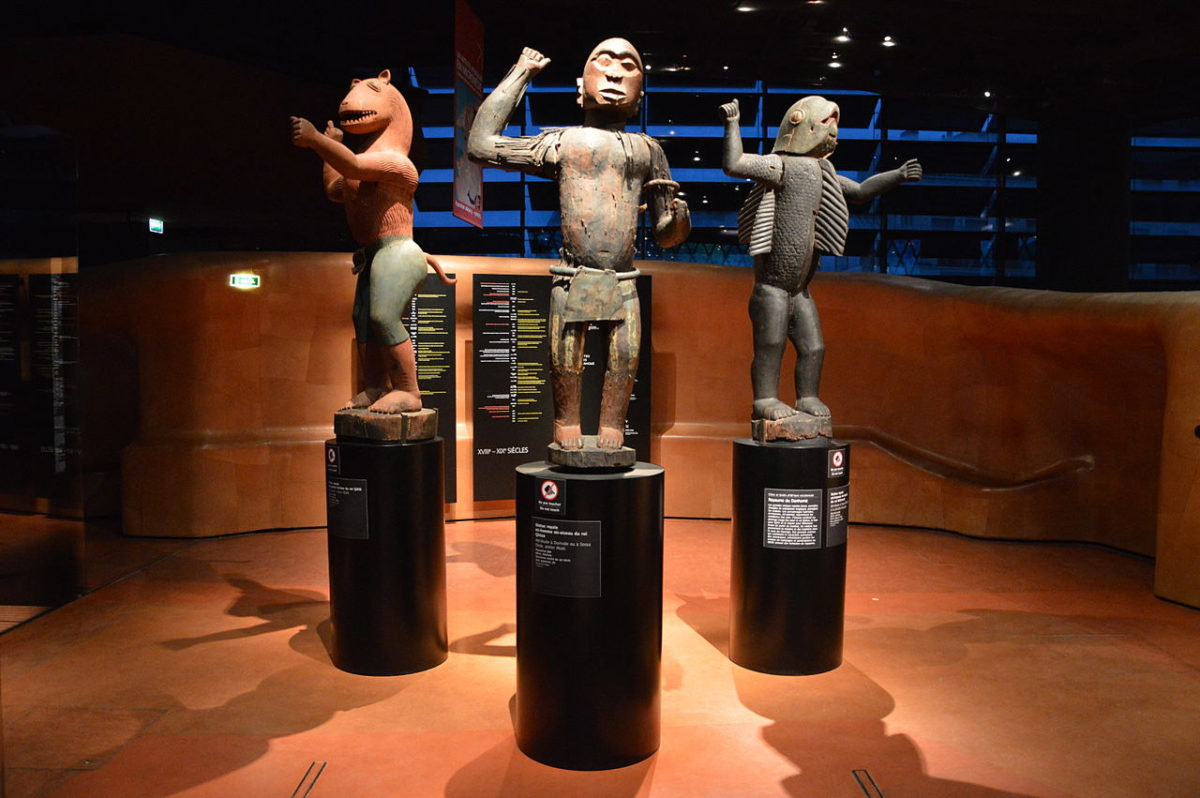 By decision of Emanuel Macron

As announced on Friday by the Élysée, Emanuel Macron decided on the return to Benin “without delay” of 26 looted works of art, after a report was submitted recommending the return of cultural artefacts taken from Africa in the colonial period.

The report by two academics, Bénédicte Savoy from the Collège de France and Felwine Sarr from the University of Saint Louis in Senegal, is a landmark in the effort of African countries to recover works pillaged by western explorers and colonialists.

According to the announcement by the French presidency, Macron aims to bring together European and African countries to build a “policy of exchange”.

The French president became the first leader in the West to launch an overall re-examination of looting during the colonial period. Last year he told students from Burkina Faso that “African heritage cannot just be in European private collections and museums.”

About 90% of the cultural heritage of African countries is believed to be in Europe today. The Musée du Quai Branly in Paris alone houses 70,000 African objects, while just as many are in London’s British Museum, Savoy said last year to Reuter’s news agency.

Western museums have traditionally resisted petitions to return artefacts to their countries of origin, often using as an argument the lack of necessary funds for the works’ conservation.

Earlier this week, the governor of Easter Island, a province of Chile, led a delegation to the British Museum to ask for the return of a valuable sculpture.

The French report by Savoy and Sarr calls for legislation to facilitate the return of artefacts from museum collections, according to releases by the press. Sarr says that some 46.000 objects at the Musée du Quai Branly in Paris may qualify for repatriation. “We felt a real desire on the part of the government for action,” he said to the “Liberation” newspaper. “I was sceptical at first. Now I am convinced that it is not just a publicity trick”.

The 26 artefacts to be returned to Benin from the Quai Branly were seized as spoils of war in 1892. They are among the approximately 5.000 works requested by this West African country.