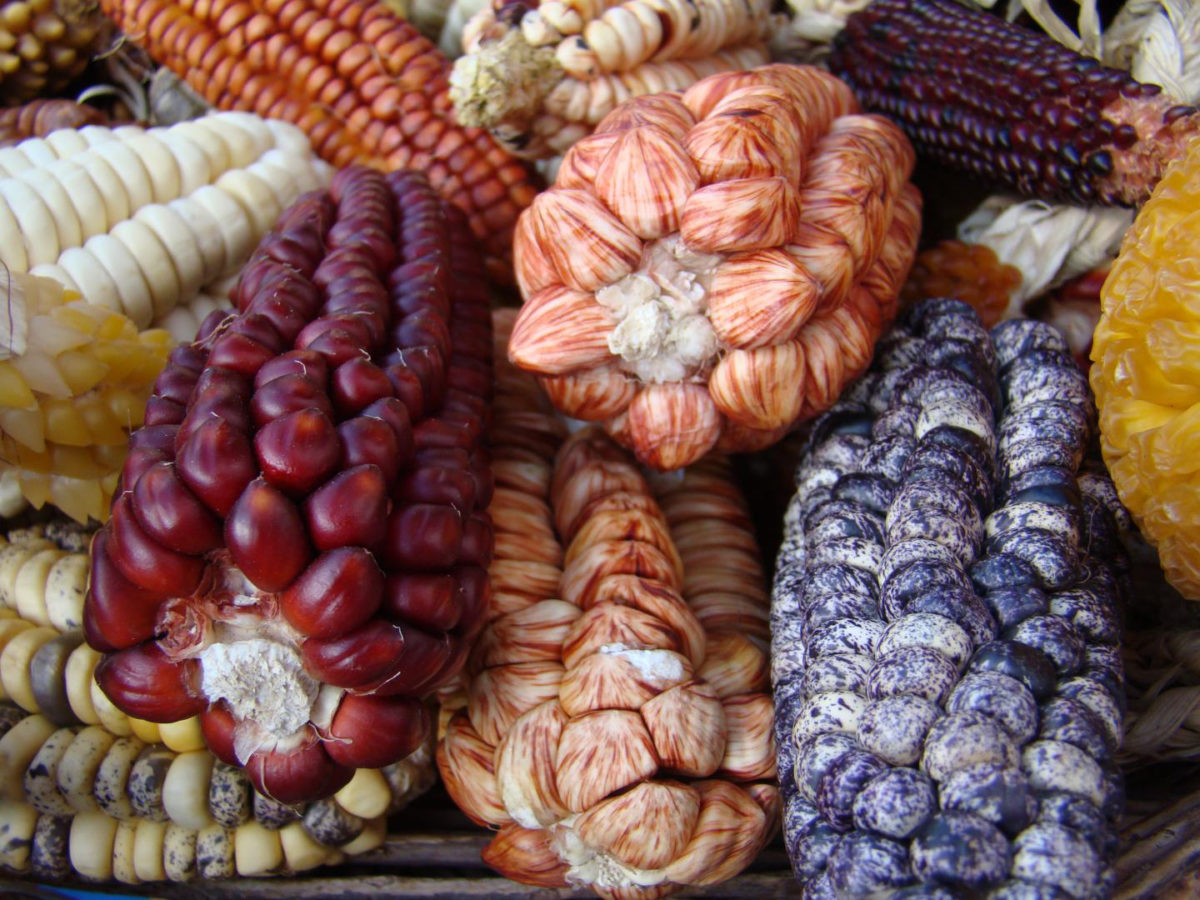 International collaboration between scientists at 14 institutions

Smithsonian scientists and collaborators are revising the history of one of the world’s most important crops. Drawing on genetic and archaeological evidence, researchers have found that a predecessor of today’s corn plants still bearing many features of its wild ancestor was likely brought to South America from Mexico more than 6,500 years ago. Farmers in Mexico and the southwestern Amazon continued to improve the crop over thousands of years until it was fully domesticated in each region.

The findings, reported Dec. 13 in the journal Science, come from a multidisciplinary, international collaboration between scientists at 14 institutions. Their account deepens researchers’ understanding of the long, shared history between humans and maize, which is critical for managing our fragile relationships with the plants that feed us, said Logan Kistler, curator of archaeogenomics and archaeobotany at the Smithsonian’s National Museum of Natural History and lead author of the study. “It’s the long-term evolutionary history of domesticated plants that makes them fit for the human environment today,” he said. “Understanding that history gives us tools for assessing the future of corn as we continue to drastically reshape our global environment and increase our agricultural demands on land around the globe.”

The history of maize begins with its wild ancestor, teosinte. Teosinte bears little resemblance to the corn eaten today: Its cobs are tiny and its few kernels are protected by a nearly impenetrable outer casing. In fact, Kistler said, it’s not clear why people bothered with it all. Over time, however, as early farmers selected for desirable traits, the descendants of the wild plant developed larger cobs and more tender, plentiful kernels, eventually becoming the staple crop that maize is today.

For years, geneticists and archaeologists have deduced that teosinte’s transformation into maize began in the tropical lowlands of what is now southern Mexico about 9,000 years ago. The teosinte that grows wild in this region today is more genetically similar to maize than teosinte elsewhere in Mexico and Central America—though all remain separated from the domesticated crop by hundreds of genes.

In the southwest Amazon and coastal Peru, microscopic pollen and other resilient plant remains found in ancient sediments indicate a history of fully domesticated maize use by around 6,500 years ago, and researchers initially reasoned that the fully domesticated plant must have been carried there from the north as people migrated south and across the Americas.

“As far as we could tell before conducting our study, it looked like there was a single domestication event in Mexico and that people then spread it further south after domestication had taken place,” Kistler said.

But a few years ago, when geneticists sequenced the DNA of 5,000-year-old maize found in Mexico, the story got more complicated. The genetic results showed that what they had found was a proto-corn—its genes were a mixture of those found in teosinte and those of the domesticated plant. According to the ancient DNA, that plant lacked teosinte’s tough kernel casings, but this proto-corn had not yet acquired other traits that eventually made maize into a practical food crop.

In an effort to try to solve this mystery, Kistler’s team reconstructed the plant’s evolutionary history by undertaking a genetic comparison of more than 100 varieties of modern maize that grow throughout the Americas, including 40 newly sequenced varieties—many from the eastern lowlands of South America, which had been underrepresented in previous studies. Many of these varieties were collected in collaboration with indigenous and traditional farmers over the past 60 years and are curated in the genebank at Embrapa, the Brazilian government’s agriculture enterprise. Fabio Freitas, an ethnobotanist and farm conservationist at Embrapa, said that his work conserving traditional cultivated plants with indigenous groups from the South border of the Amazon forest helped guide the discussion of how maize diffusion may have played out in the past. The genomes of 11 ancient plants, including nine newly sequenced archaeological samples, were also part of the analysis. The team mapped out the genetic relationships between the plants and discovered several distinct lineages, each with its own degree of similarity to their shared ancestor, teosinte. In other words, Kistler explained, the final stages of maize’s domestication happened more than once in more than one place.

“This work fundamentally changes our understanding of maize origins,” said study co-author Robin Allaby from the School of Life Sciences at the University of Warwick. “It shows that maize did not have a simple origin story, that it did not really form the crop as we know it until it left its homeland.”

At first, Kistler said, the genetic evidence was puzzling. But as he and his collaborators began to integrate what each had learned about the history of South America, a picture of how maize may have spread across the continent emerged.

A proto-corn in the midst of becoming domesticated appears to have reached South America at least twice, Kistler said. By 6,500 years ago, the partially domesticated plant had arrived in a region of the southwest Amazon that was already a domestication hotspot, where people were growing rice, cassava and other crops. The plant was likely adopted as part of the local agriculture and continued to evolve under human influence until, thousands of years later, it became a fully domesticated crop. From there, domesticated maize moved eastward as part of an overall expansion and intensification of agriculture that archaeologists have noted in the region. By around 4,000 years ago, Kistler said, maize had spread widely through the South American lowlands. Genetic and archaeological evidence also align to suggest that maize cultivation expanded eastward a second time, from the foothills of the Andes toward the Atlantic, about 1,000 years ago. Today, traces of that history exist in the Macro-Jê languages spoken near the Atlantic coast, which use an Amazonian word for maize.