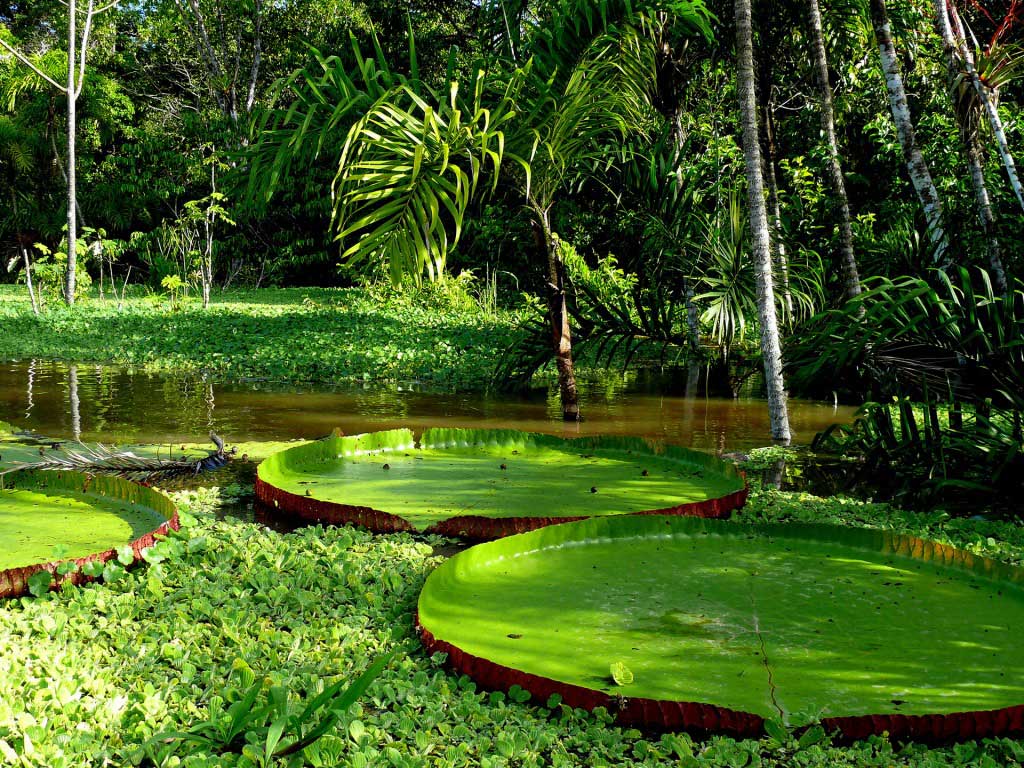 The ‘Amazonian savannah’ before the rainforest

Large parts of the Amazon basin may have supported farming communities and looked more like open savannah than rainforest, prior to the arrival of Europeans in South America.

It has been thought that the rainforest was an ancient, pristine wilderness. However, modern rainforest clearance has unearthed hundreds of ancient human-formed earthworks, previously hidden beneath dense jungle.

Their existence has led to the suggestion that people may have cleared parts of the forest for human habitation many centuries ago.

Now researchers have found strong evidence of a third scenario. Working in a remote part of modern-day Bolivia, the scientists dug out ‘mud cores’ – samples of sediments from varying depths – from the bottom of two lakes close to known ancient earthwork structures. By analysing pollen and other particles trapped in the mud, the group was able to build up a picture of how the ecosystem has changed, on both local and regional scales, over the previous 6,000 years.

Their findings suggest that rather than being rainforest hunter-gatherers, or large-scale forest clearers, the people of the Amazon from 2,500 to 500 years ago were farmers who made use of the naturally open landscape to grow crops and to build monumental-scale earthworks.

As the climate became wetter between about 0-300 AD, allowing the rainforest to spread further south, people held onto their settlements by suppressing the incursion of the jungle and keeping areas open for farming. This continued until around 1500, when much of the indigenous population was wiped out, largely as a result of disease spread by European settlers, and dense vegetation soon took over.

Dr John Carson, a University of Reading paleoecologist who led the study, said: “These results were very surprising. We went to Bolivia hoping to find evidence of the kinds of crops being grown by ancient Amerindian groups, and to try to find how much impact they had on the ancient forest. What we found was that they were having virtually no effect on the forest, in terms of past deforestation, because it didn’t exist there until much later.

“Rather than cutting or burning down huge swathes of jungle, the early Amazonian people simply took advantage of a naturally more open landscape. Still, the scale of the earthworks that where built on these sites suggests that the land was capable of supporting relatively large populations. Our analysis shows that they were growing maize and other food crops. They also likely caught fish, and there’s evidence from other parts of the Bolivian Amazon for people farming Muscovy ducks and Amazonian river turtles.”

The work is an outcome of the Leverhulme Trust project co-directed by Dr Francis Mayle of Reading and Professor José Iriarte of the University of Exeter entitled ‘Pre-Columbian human land-use and impact in the Bolivian Amazon.’ Exeter Archaeology PhD student Jennifer Watling also carried out part of the analysis.

Prof Iriarte said: “The results of the study, which has reconstructed how the landscape was in this remote region of the Bolivian Amazon during the last 6000 years, illustrates how the close integration of archaeological and palaeoecological studies, generally done separately, can produce unexpected results. Appearances can be deceiving. In this case, the study has shown how an area that is today covered by forest was an open savannah back then when these pre-Columbian cultures built these massive earthworks”.

Dr Carson added: “Our findings have serious implications for understanding past climate change, and how the Amazon basin might react to more modern forest clearance. It suggests that Amazonia was neither pristine wilderness, nor has it shown resilience to large-scale deforestation by humans in the past.”

The findings were published on July 7, 2014 in the journal PNAS.