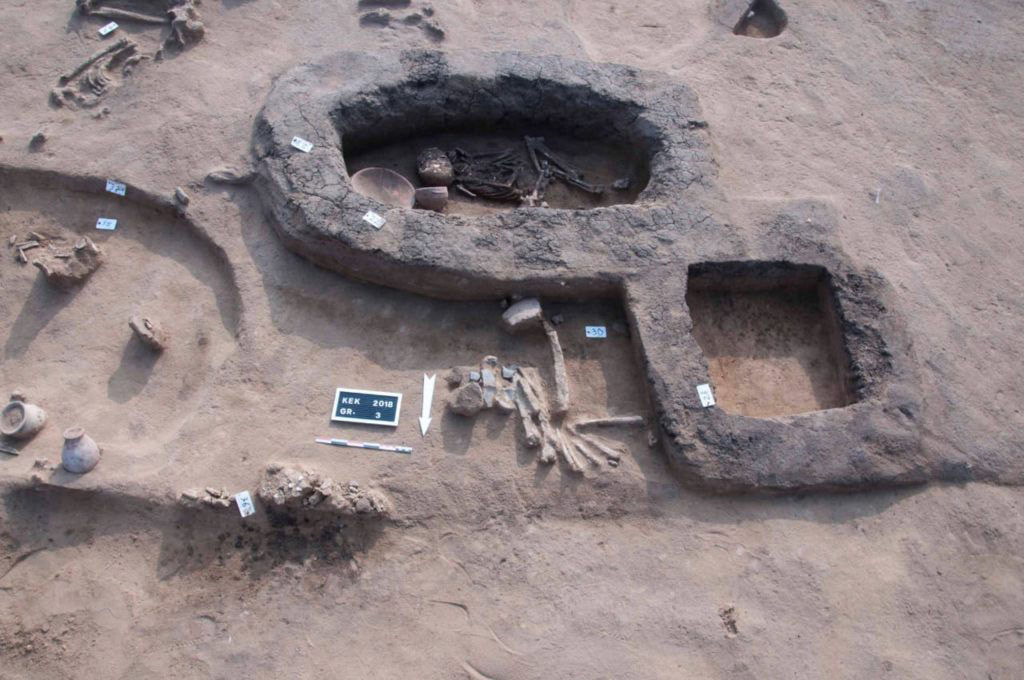 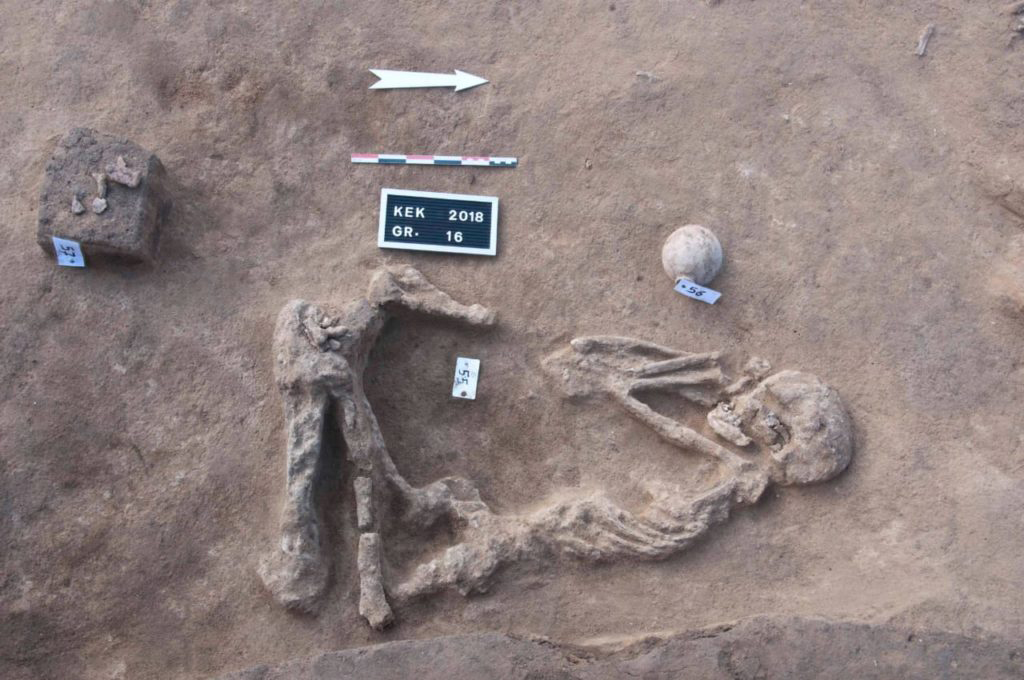 An archaeological mission working in Kom el Khelgan (an area on the border between the Delta cities of Sharqiya and Daqahliya) has discovered a number of tombs that date back to the Second Intermediate Period (Hyksos era) and 20 burials from Predynastic Egypt, namely the Naqada III period.

The tombs also include animal remains and some broken pieces of Tel el-Yahudieh black pottery, which is distinctive of the Second Intermediate Period, said Secretary General of the Supreme Council of Antiquities Dr Moustafa Waziri.

The mission, affiliated with the Supreme Council of Antiquities, also found some round and pear-shaped utensils and pottery utensil holders, Waziri said, adding that one of the utensils contains seven scarabs: six of them made of faience and have inscriptions and decorations on them, while the seventh is made of semi-precious stone with no inscriptions.