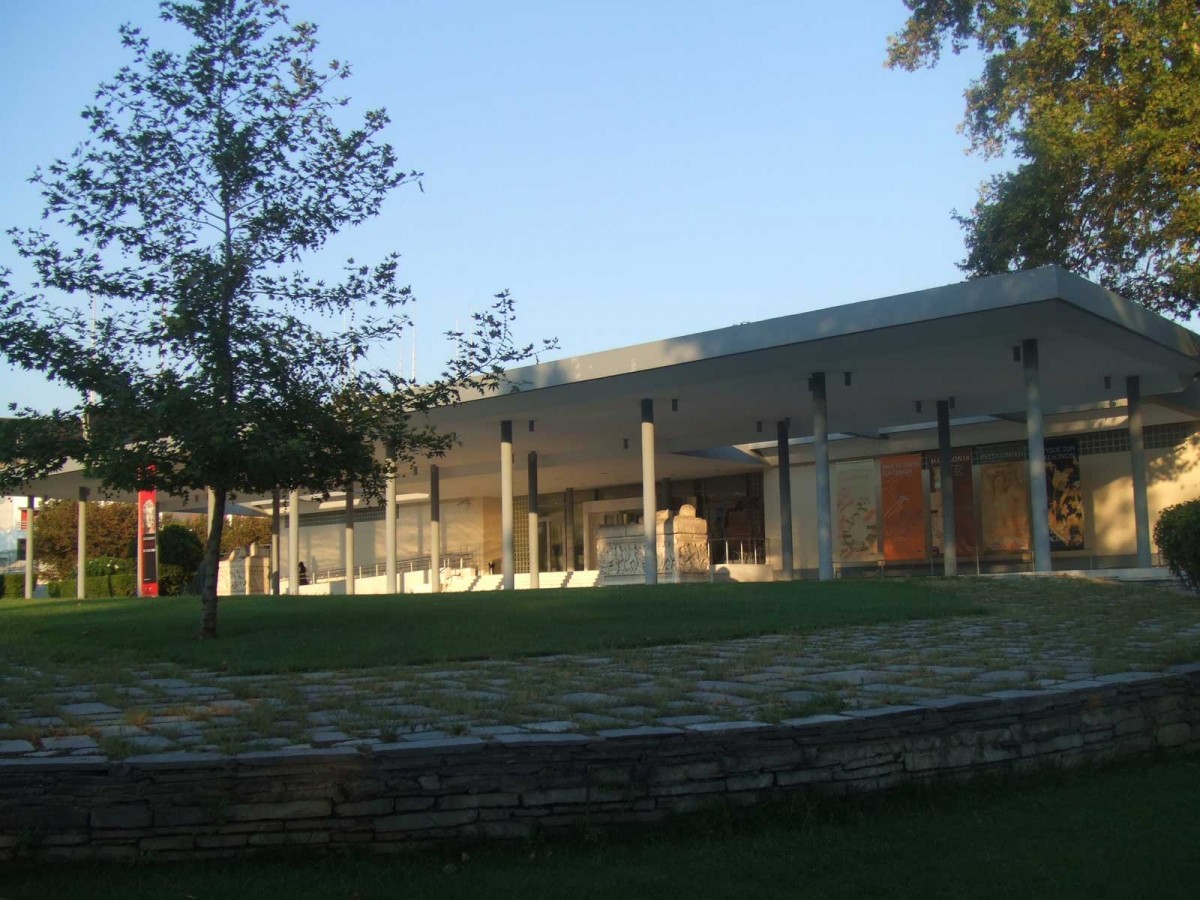 Northern Greece and Southeastern Europe during the Neolithic Period

The conference “Northern Greece and Southeastern Europe during the Neolithic Period” will take place in the Archaeological Museum of Thessaloniki from June 26, to June 29 2014. It is organized by the Alexander von Humboldt Foundation.

The interdisciplinary nature of the conference is aimed to gather state-of-the-art researches of various disciplines to contribute to the topic with their scientific work within the field, to discuss the archaeological data from the current fieldwork and, finally, to challenge the present state of the knowledge with the most recent results and interpretations.

Concept of the conference

The Conference “Northern Greece and Southeastern Europe during the Neolithic Period – An Interaction Zone” has been envisaged as an opportunity to gather experts of different disciplines and obtain results of new research in this field. Although there is more than sufficient interest in scientific society, conferences of this type and format are not very frequent in the Balkan Neolithic archaeology. The intervals between them are too large and regular scientific exchange is almost non-existent. The aim of the conference is to offer a place for presentation of new knowledge on the Neolithic of Southeastern Europe which is probably one of the most crucial periods for the formation of present-day European civilization. This Kolleg will be an important opportunity to present results of individual studies on Neolithic period of Northern Greece and adjacent regions to other experts who direct with their attention to the same period and region.

Being transdisciplinary in its format and scope the Kolleg “Northern Greece and Southeastern Europe during the Neolithic Period – An Interaction Zone” focuses to attract experts from different scientific disciplines who can add to the knowledge database some important, interesting and inspiring angle of research or present new findings which will enlighten this period from different and sometimes unexpected angles. Therefore there will be papers which deal with settlement pattern changes throughout the Neolithic period, changes of dietary habits, climate conditions, and pedological preferences of Neolithic inhabitants, chronological considerations, inter-communal organization of settlements and communications between the regions of SE Europe through the networks of exchange.

This will be a chance for scientists and researchers to find out where we are at the moment in the studies of the Neolithic period of Northern Greece and Southeastern Europe and evaluate the problems which have been tackled so far. It will be also an opportunity to perceive what answers are we to expect in near future and discover possible future lines of research. One of expected results of the Kolleg will be to clarify which parts of the interdisciplinary approach should be broadened and which aspects of studies to be added for future research.

The role of Alexander von Humboldt Alumni is of particular importance for this Conference. Their exceptional expertise in archaeology and other related disciplines adds significantly to the rating of conference and attracts other scientists to attend it and present their results. Alexander von Humboldt Alumni will have an opportunity to draw attention to their fields of studies, present their results and attract other colleagues to their projects.

Inviting junior scientists has been also one of the conference’s goals. Junior scientists from the region have been invited and eleven have taken the opportunity and replied positively. A special attention has been given to researchers from Germany. German archaeological school has been the most prominent one in the history of archaeology of Southeastern Europe. The interest of German archaeologists has been amplified in recent years with excavations in Greece, Bosnia and Herzegovina, Romania and Serbia. Some Departments for archaeology in Germany pay very much attention to the research of the Neolithic period in the Balkans. Such is particularly the case with Berlin and Heidelberg, where there are regular courses in these subjects. So far, some of the most prominent publications on the Neolithic of Southeastern Europe originate from German archaeologists. Therefore a number of German archaeologists have been invited to take part in the work of the Kolleg. Most of them have responded positively and will present their valuable results.

One of the most serious setbacks in Neolithic archaeology of the SE Europe is the fact that scientific literature is frequently published in local languages with brief abstracts and/or resumes in foreign languages. Some of the results with great scientific impact for our understanding of the Neolithic period are because of that often neglected and overseen.

One of the goals of this conference would be to publicize and draw attention on such cases.

The Kolleg will be organized in one plenary session and three sessions with following titles:

1. The Dynamics of the Environment

3. Material Culture, Mobility and Connectivity in the Southeast Europe

The session The Dynamics of the Environment is particularly important for further studies of communities and their behaviour in wider Southeast European region. Authors the organizing committee of the conference has managed to attract to take part in the work of the Kolleg are well distinguished among colleagues and there are such names as P. Halstead which will present his paper about Forest clearance and land use by early farmers in southeast Europe or V. Isaakidou and P. Halstead who will present results of the study on the Early Neolithic animal management and consumption in Greece: evidence from R. Korinou, Pieria, while R. Evershed and H. Welton will contribute to understanding of the exploitation of animals and dietary habits through chemical analysis of organic residues in Neolithic pottery. Other valuable contributions will shed more light on the changing environment at the time of first settlers of Europe due to both climatic changes and the impact of early farmers through the exploitation of natural sources.

Making Spaces to Places (settlements, burials, houses and households) is the title of second session where there are authors such as A. Whittle with new results of radiocarbon dating from Neolithic sites of Vinča and Uivar which will offer new perspectives on precise chronological mapping of events during the Late Neolithic in the Central Balkan region, but also N. Efstratiou, Ç. Çilingiroğlu or G. Naumov who will offer new views of the Neolithic of Southeast Europe on settlement archaeology based on new research in respective areas.

Material Culture, Mobility and Connectivity in the SE Europe is the session where the new research in material culture and its chronological and cultural relations to different regions are to be discussed. This session will provide new evidence on the networking and relations between the regions of SE Europe and Anatolia through the movement of people, raw materials and various finished objects. Eagerly anticipated are treatises like the paper of C. Papageorgopoulou: DNA and movement of people or B. Govedarica’s Das nordwestliche Schwarzmeergebiet im 5. Jt.v. Chr.

Printed edition of Conference papers is also envisaged and will be the chance to disseminate results of the Conference to a much broader audience.

It should be mentioned that Alexander von Humboldt Kolleg has never been organized in Greece before.