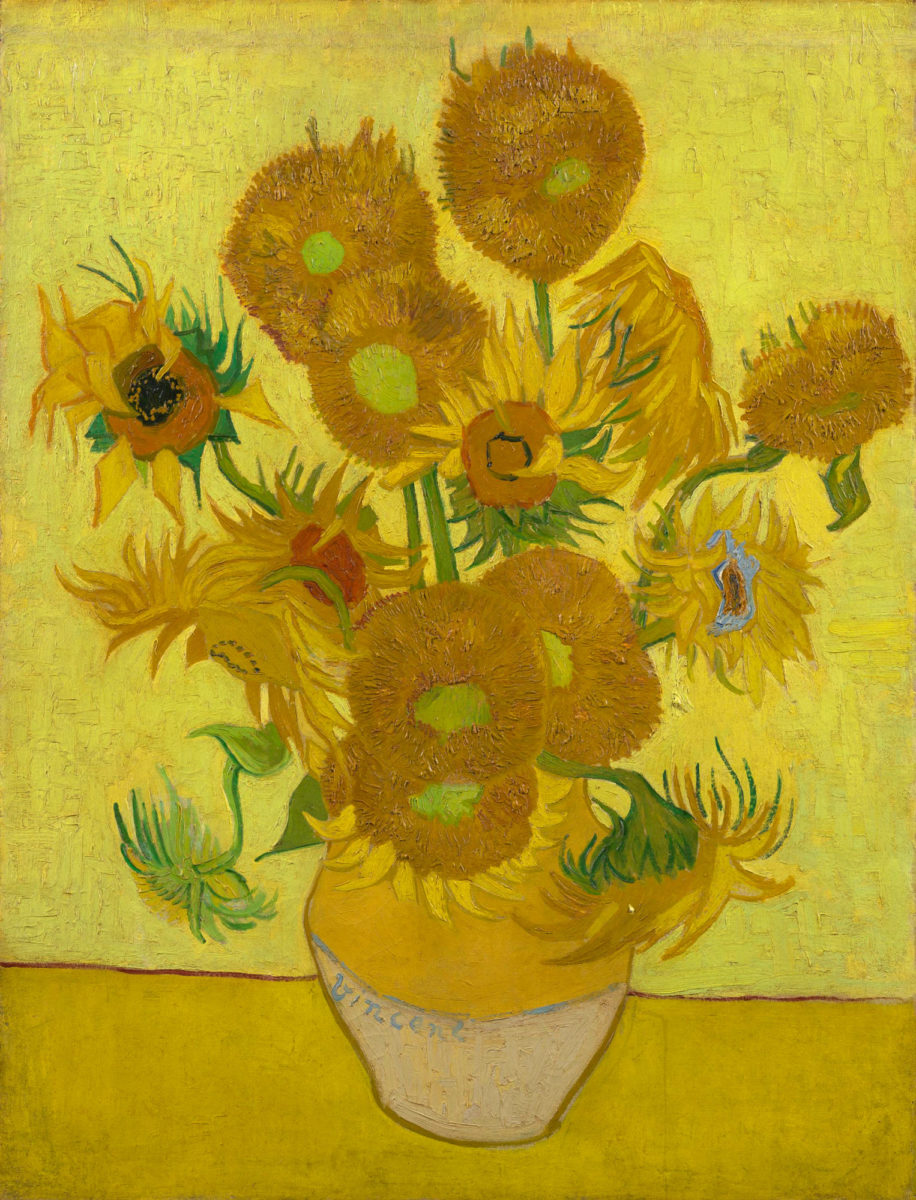 They will stay in Amsterdam for good

Van Gogh’s ‟Sunflowers”, the painting that became famous throughout the world, will no longer travel abroad because of its ‟fragility”, announced the museum dedicated to the Dutch Post-Impressionist painter (1853-1890).

International research was conducted on the painting and its condition was found to be ‟stable but fragile”, announced the Van Gogh Museum in Amsterdam. ‟For this reason we decided that the ‘Sunflowers’ should no longer travel. This masterpiece of the collection shall remain permanently in the Van Gogh Museum” said the museum’s director Axel Ruger.

The painting done 130 years ago has been examined in detail since 2016 by Dutch specialists in collaboration with their Belgian, Italian and Polish colleagues. State of the art techniques were used so as to gather maximum data on the painting; primarily its present condition and the materials that had been used by the artist.

‟An important finding of the research is that these colour layers are stable but very sensitive to vibrations and changes in humidity and temperature. It is therefore essential that the painting moves as little as possible,” said Axel Ruger.

In the past, the painting was loaned to other museums only in exceptional cases. Its last trip was in 2014 when it was exhibited at the National Gallery in London.

Following the research by the Van Gogh Museum, work is being done on the painting since mid-January for its slight restoration. “Sunflowers” will be on display in their permanent place from February 22.

The series of paintings depicting a bouquet of sunflowers in a vase, painted between 1888 and 1889 by Van Gogh when he lived in Arles, southern France, is one of the most famous works of the artist. Five paintings are exhibited in different museums around the world; Amsterdam, London, Munich, Tokyo and Philadelphia.

The Van Gogh Museum in Amsterdam was founded in 1973 to house the largest collection in the world of works by the Dutch painter.