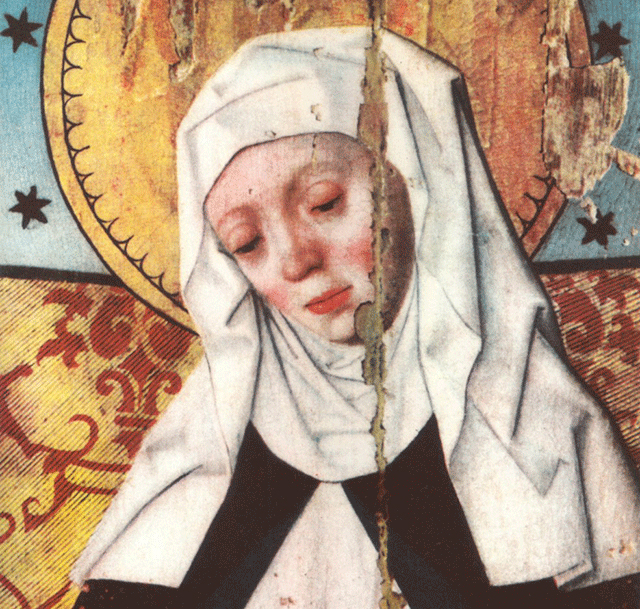 Saint Birgitta of Sweden: paving the way for female writers and philosophers

A female saint of royal descent

This female saint is the subject of a new research project led by Professor Unn Falkeid of the Department of Philosophy, Classics, History of Ideas and Art History (IFIKK).

The research project “The Legacy of Birgitta of Sweden. Women, Politics, and Reform in Renaissance Italy” is being funded by the Research Council of Norway, and will run until the year 2021.

A female saint of royal descent

Birgitta Birgersdotter was made a saint in 1391, the only woman canonised in the 14th century. But who was she? Birgitta was born in Norrtälje in Sweden in 1303. She came from some of Sweden’s most powerful family dynasties and was related to the royal family. At the age of 13, she was married to Ulf Gudmarsson; they had eight children. Both Birgitta and her husband were very religious, and went on pilgrimages to Nidaros and Santiago de Compostela.

In 1344, Birgitta became a widow, and later gained a strong position as a powerful author of religious and political texts. She is particularly famous for her revelations. She had about 700 visions, which she wrote down in four large volumes (divided into eight books) totalling 1400 pages, entitled Liber Caelestis (Celestial revelations). Her descriptions of her revelations are considered to be the main literary work of the Swedish Middle Ages.

“After she became a widow, Birgitta, who was then middle-aged, started a whole new career.She moved to Rome, where she spent the last 23 years of her life.

“What is unusual,” says Professor Falkeid, “is how she managed to establish herself as one of the leading voices in the political and religious debates of the time. Although her revelations were considered by many as heretical, they gave her an authority quite unusual for women in those times. In the project, the research team will study St. Birgitta’s work in Italy and how her writings influenced female philosophers and writers, even hundreds of years after her death.

In the Italian Renaissance, a great many women expressed their opinions in writing. The number is remarkably high compared with other countries in the same period, according to Professor Falkeid.

“In 16th century Italy, over 200 women published their writings. By comparison, the figure for France was around 30. And the Italian women published in most of the prevailing literary genres, such as speeches, letters, dialogues, poetry and political treatises.

“What was so special about Italy that enabled women to express their opinions so much?”

“Unlike France and England, there was no central authority in Italy. Italy consisted more of a number of city states and princedoms. While the princes were in battle, it was often the princesses who ruled. Many aristocratic women were actually brought up to take over power and look after the princedom while their husband was away. Just like sons, daughters often had capable humanist tutors who taught them at home in a variety of subjects, including Greek and Latin.

Eventually, this spread downwards in society, almost like a fashion. Humanists began to educate their own daughters in the same way as the aristocratic girls they had taught. In fact, learned women were often regarded as the best indication that the Renaissance humanists’ knowledge project had been a success,” Unn Falkeid explains, “although they were also often seen as strange monstrosities.”

Another important factor was the many convents. St. Bridget was the only woman to found an order in her own name, and the Birgittine convents in Italy, especially in Florence, became important centres.

“In the 15th and 16th centuries, the Birgittine convent in Florence was an intellectual meeting point for powerful families, such as the Medicis, and for reformist and intellectual women. Here, many texts were written and copied, and the nuns collected literature, translated and had the works printed and disseminated,” says Professor Falkeid.

The project consists of four parts. In the first part, researchers will explore the network in Italy at the time of Birgitta of Sweden.
“Birgitta’s revelations and letters reveal an extensive network that is quite fascinating. So the first part of the research consists of uncovering and describing this network,” says Unn Falkeid.

In the next phase, they will study how Birgitta’s writings were spread in Europe after her death. The research team will examine how her writings can be linked to the reform movements in the Italian Renaissance.

“Birgitta was extremely critical of power. Her religious visions were almost always linked to political events. She criticised the use of slaves, the Hundred Years’ War between England and France, and the Pope’s long-term stay in Avignon. What is interesting is that Birgitta was heard and respected, both in her own time and later, despite also having many dangerous and powerful opponents.

Birgitta’s visions were often prophetic and apocalyptic, and this aspect in particular seems to have appealed to subsequent reform movements in Italy in the 15th and 16th centuries. In reform movements, when traditional institutions begin to falter, we know that women often play a key role. So it is particularly important to explore how Birgitta’s writings circulated and were understood among the reformists,” Professor Falkeid explains.

Finally, the project will study how Birgitta’s visions and prophecies were read in Italy after the Council of Trent.

“It was long believed that the so-called Counter-Reformation led to a decline in women writers, but research in the past 10 to 15 years has disproved this. There was certainly a slight decline in the first few years, but then women writers re-emerged strongly – and Birgitta of Sweden became popular once again. The early 17th century was a real boom time for Birgitta. Her writings were reprinted and once again she was read both in pious and more radical circles.”

Women’s voices from the past

Professor Falkeid thinks that exploring and elucidating women’s voices from the past is extremely important work.

“What has urged me on has been my desire to discover, or rather to rediscover, women’s voices in history. Many women whose works were published in the Renaissance were very important in their time and widely read. Although many of these writings have been republished in recent years, and even translated into English, there are still a large number of brilliant works that have not been printed since the 16th century.

What was women’s contribution to knowledge production? What were the burning issues for women? How have they interpreted society and what were their solutions to the challenges of their day?

The Birgitta project will hopefully answer some of these questions,” says Professor Falkeid.

For a long time, the contribution of women was deliberately brushed aside.

“We can clearly see in modern historical research from the late 19th century how women were written right out of history,” Professor Falkeid adds. But now, fortunately, the wind has changed and we see a huge interest in rediscovering female producers of culture and knowledge: philosophers, painters, visionaries, natural historians, poets and composers.

“In this project, our interest lies in exploring both Birgitta’s networks and the networks related to the production, printing and circulation of her writings. Who read her revelations and prophecies, who translated them and who copied and printed them? Studies of this kind reveal different actors from those traditionally emphasised in research in philosophy, literature or history. And in fact, many of the people involved are women,” explains Unn Falkeid.