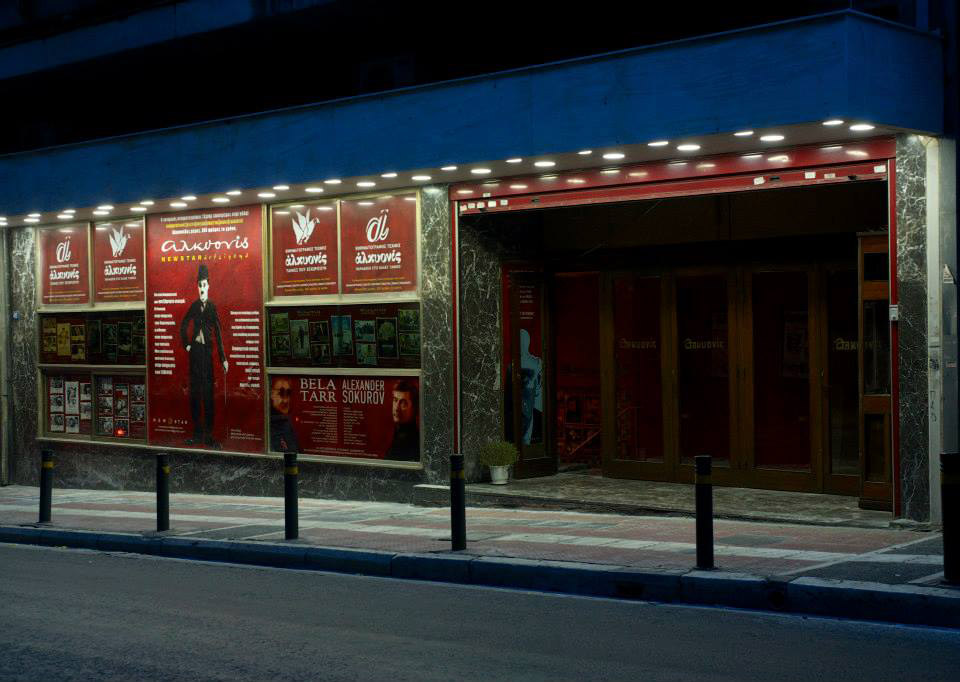 “Alcyonis” cinema has been classified as a monument

By decision of the Central Council of Modern Monuments

The “Alcyonis” cinema has been classified as a monument, by unanimous decision of the Central Council of Modern Monuments. According to this, the historic cinema on 42 Ioulianou Street is considered as particularly significant for providing art directly linked to the collective memory and high quality cultural production, besides being an inextricable part of the country’s contemporary cultural history. The classification includes the use of the “Alcyonis” cinema for related cultural activities and events such as theatre, music, dance, lectures, conferences and more.

The cinema that started to operate in 1968 on the ground floor of an apartment block on Ioulianou Street, near Victoria Square(Plateia Victorias), was designed by civil engineer Vangelis Sideris and from the start was used for screening films. The interior featured a 60m sculpture by artist Ioannis Armakolas, enhancing the space’s cultural and artistic character.

The “Alcyonis” operated continuously till the start of the 1990s as an independent film centre and meeting place and was successfully reestablished in 2014. In the interim period it operated as the Yorgos Messalas Theatre. Over the years, the role of this cinema has been associated both with independent art films as well as the history of the anti dictatorship movement.

During its first years of operation, “Alcyonis” screened European films by the great auteurs such as Antonioni, Godard, Fellini, Pasolini, Visconti and many others. Soon however, this cinema also decided to inroduce films to be screened exclusively in its own theatre. Thus films by Eisenstein (Ivan the Terrible and Alexander Nevsky) were shown for the first time, while the younger public got to know Miklos Jancso (The Round Up, Silence and Cry), Nagisa Oshima with The Ceremony and many other great directors. Greek cinema was also present, producing work comparable to European art films.

From 1971 till the fall of the dictatorship in 1974, screenings of Greek films with an unconventional style and content were events that were seen almost as a political act in the face of the dictatorship. Among the most important was the screening of the twice banned film Bartholomaios (lost today) by Manousos Manousakis, given a screening permit for just one cinema, the ‟Alcyonis”, with crowds of people in and outside the theatre. One of the greatest successes of that time was the exclusive screening of Theo Angelopoulos’ film Anaparastasis/The Reconstruction which in the first week of its screening totalled 11.000 tickets. After the fall of the dictatorship, “Alcyonis” introduced the Greek public to the till then almost unknown cinema of Mexico, Portugal, Bulgaria, the Czech Republic, Poland, Argentina and Cuba as well as masterpieces of Soviet cinema. Among many tributes held at the ‟Alcyonis”, the one to the films of Rainer Werner Fassbinder remains unforgettable.