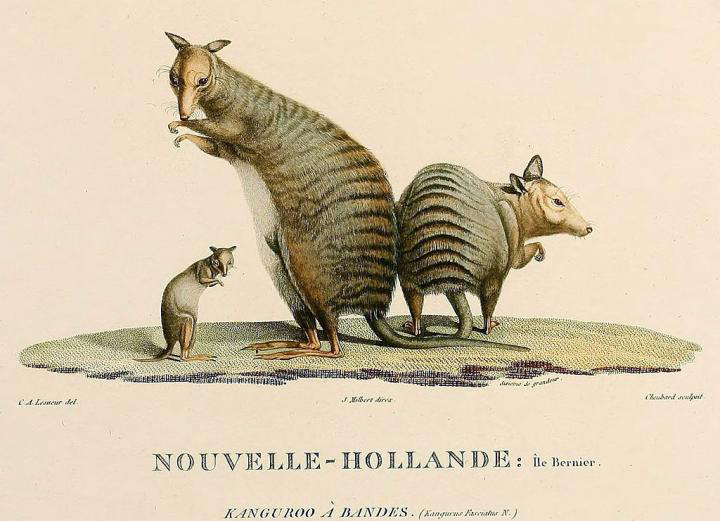 Australia has the highest rate of mammal extinction in the world. Resettlement of indigenous communities resulted in the spread of invasive species, the absence of human-set fires, and a general cascade in the interconnected food web that led to the largest mammalian extinction event ever recorded. In this case, the absence of direct human activity on the landscape may be the cause of the extinctions, according to a Penn State anthropologist.

“I was motivated by the mystery that has occurred in the last 50 years in Australia,” said Rebecca Bliege Bird, professor of anthropology, Penn State. “The extinction of small-bodied mammals does not follow the same pattern we usually see with people changing the landscape and animals disappearing.”

Australia’s Western Desert, where Bird and her team work, is the homeland of the Martu, the traditional owners of a large region of the Little and Great Sandy Desert. During the mid-20th century, many Martu groups were first contacted in the process of establishing a missile testing range and resettled in missions and pastoral stations beyond their desert home. During their hiatus from the land, many native animals went extinct.

In the 1980s, many families returned to the desert to reestablish their land rights. They returned to livelihoods centered around hunting and gathering. Today, in a hybrid economy of commercial and customary resources, many Martu continue their traditional subsistence and burning practices in support of cultural commitments to their country.

Twenty-eight Australian endemic land mammal species have become extinct since European settlement. Local extinctions of mammals include the burrowing bettong and the banded hare wallaby, both of which were ubiquitous in the desert before the indigenous exodus, Bird told attendees at the 2019 annual meeting of the American Association for the Advancement of Science on February 17 in Washington, D.C.

“During the pre-1950, pre-contact period, Martu had more generalized diets than any animal species in the region,” said Bird. “When people returned, they were still the most generalized, but many plant and animal species were dropped from the diet.”

She also notes that prior to European settlement, the dingo, a native Australian dog, was part of Martu life. The patchy landscape created by Martu hunting fires may have been important for dingo survival. Without people, the dingo did not flourish and could not exclude populations of smaller invasive predators — cats and foxes — that threatened to consume all the native wildlife.

Bird and her team looked at the food webs — interactions of who eats what and who feeds whom, including humans — for the pre-contact and for the post-evacuation years. Comparisons of these webs show that the absence of indigenous hunters in the web makes it easier for invasive species to infiltrate the area and for some native animals to become endangered or extinct. This is most likely linked to the importance of traditional landscape burning practices, said Bird.

Indigenous Australians in the arid center of the continent often use fire to facilitate their hunting success. Much of Australia’s arid center is dominated by a hummock grass called spinifex.

In areas where Martu hunt more actively, hunting fires increase the patchiness of vegetation at different stages of regrowth, and buffer the spread of wildfires. Spinifex grasslands where Martu do not often hunt, exhibit a fire regime with much larger fires. Under an indigenous fire regime, the patchiness of the landscape boosts populations of native species such as dingo, monitor lizard and kangaroo, even after accounting for mortality due to hunting.

“The absence of humans creates big holes in the network,” said Bird. “Invading becomes easier for invasive species and it becomes easier for them to cause extinctions.” The National Science Foundation and the Max Planck Institute for Evolutionary Anthropology supported this work.