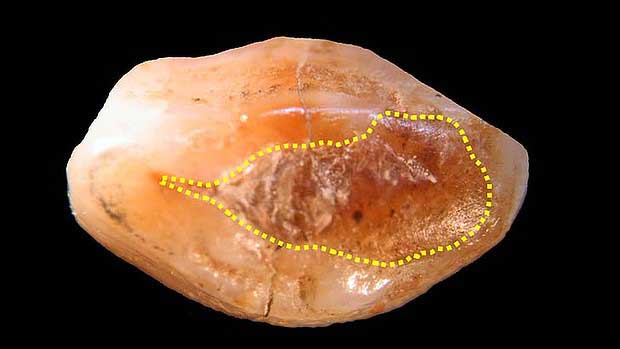 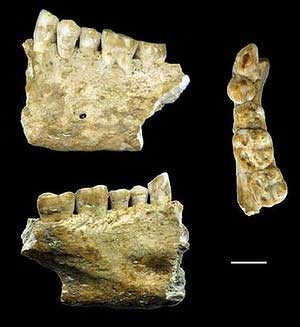 Beeswax Filling May Be Oldest Hint of Dentistry

Australian scientists have helped date what may be the world’s oldest dental filling – in a tooth crowned with beeswax in a 6500-year-old human jaw.

The portion of lower jaw, which was uncovered in a cave wall in northern Slovenia – an area rich in archaeological sites – bears two premolars, two first molars and a cracked canine filled with beeswax.

The thickness and size of the specimen suggests it belonged to a male, while the degree of wear on the teeth points to an owner aged in their late 20s.

An international team, including scientists from the University of Wollongong and the Australian Nuclear Science and Technology Organisation, used a range of sophisticated analytical technologies in laboratories around the world to date the teeth and the beeswax, as well as sample the filling and bone.

Radio carbon dating suggests the teeth’s owner lived sometime during the New Stone Age, between 6440 and 6650 years ago.

Detailed CT images of the canine tooth reveal the deep crack exposed the tooth’s dentine, the calcified tissue that sits below the enamel.

The exposed tissue and chewing on a cracked tooth probably made it highly sensitive, and could have affected the function of the jaw, the researchers said.

“The occlusal surface could have been filled with beeswax in an attempt to reduce the pain sealing exposed dentine tubules,” they said.

While the specimen is the first known beeswax dental filling, historians have suspected early human societies used the bee products for some time.

The ancient Egyptian medical papyrus, known as the Ebers Papyrus, which date back to the 16th century BC, document the use of honey mixed with mineral ingredients to fix loose teeth or reduce pain.

While the team suspect the tooth was filled with beeswax while the person was alive, they acknowledge it could have been filled after death. “Such a postmortem intervention could be related to secondary burial practices,” the researchers, whose findings were published in the online journal PLoS One, said.

The specimen has been held in the Natural History Museum of Trieste in Italy since it was discovered.