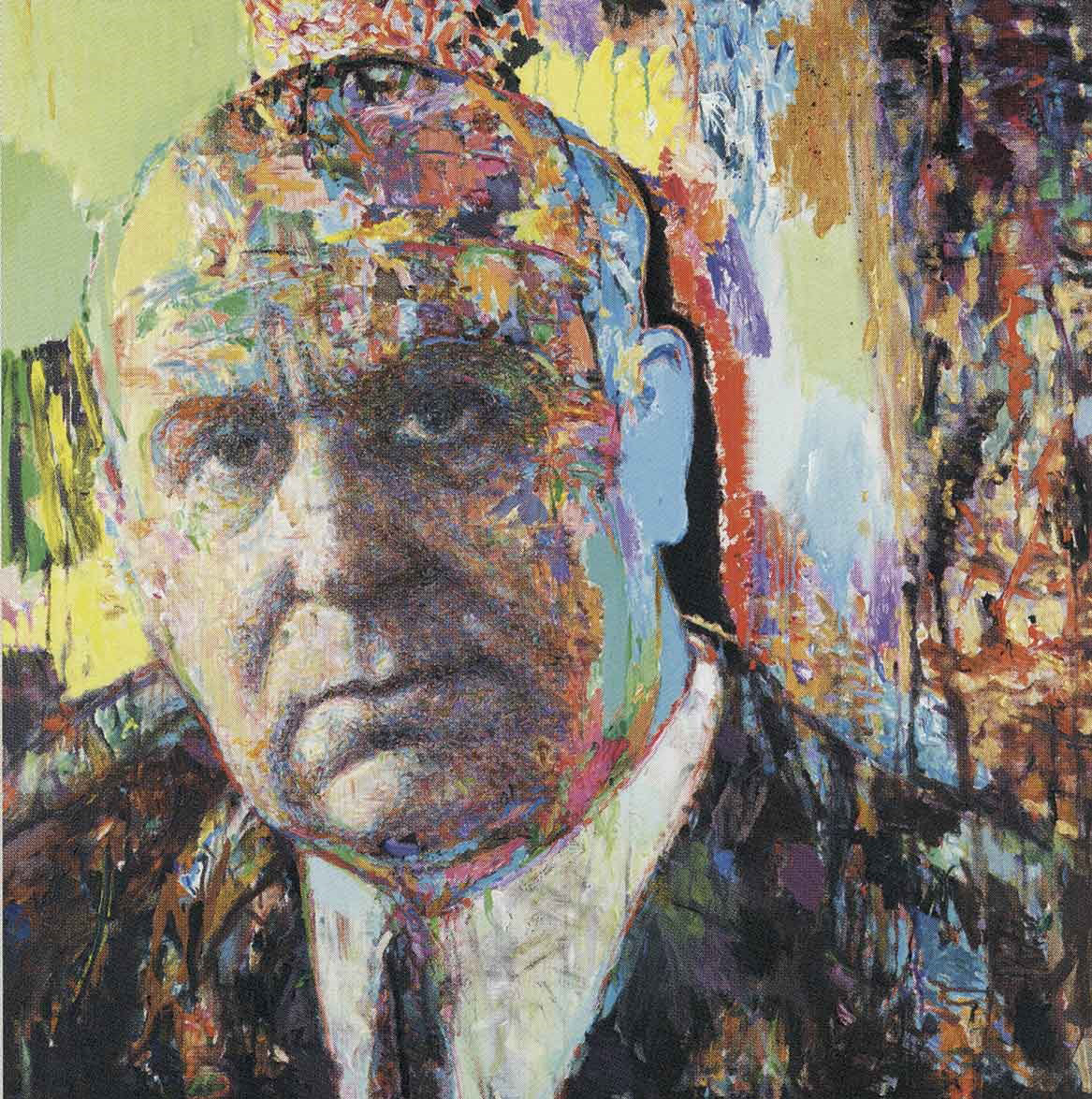 Seferis and his poetry through painting and photography

Works by great Greek painters inspired by the poetry of George Seferis, photographs of the poet, some of his personal belongings as well as paintings and objects painted by the poet himself make up the big exhibition to be opened at the Teloglion Foundation of Art, Aristotle University of Thessaloniki (A.U.TH). It is called ‟When the light dances, I speak fairly: George Seferis and his poetry through painting and photography″. The exhibition will be opened by Mayor of Thessaloniki Yannis Boutaris on Thursday, February 28 at 7.00 p.m.

Following the ‟World of Odysseus Elytis: Poetry and Paintings” that was on in the spring of 2016, the Teloglion Foundation continues its series of tributes to the great poets.

The exhibition’s nucleus is the one by the same name which was first on at the Β. & Μ. Theocharakis Visual Arts Foundation in Athens, in the winter of 2017-2018. There, works had been included from collections of the Teloglion Foundation directly associated with Seferis’ poetry, such as the triptych ‟Seated man with carnation” by Sorogas, works by Vasiliou, Tetsis, Sikeliotis, Fasianos, Sakayian,Makroulakis, Rorris, Charos, Daskalakis, as well as works recently shown at the Teloglion by Paris Prekas, Vicky Tsalapata, Michalis Arfaras, Triantafyllos Vaitsis and Angelos Vlassis. Documents and photographs were also added from the Spiteris Archives, the Macedonian Art Society ‟Art” and the A.U.TH, which testify to Seferis having been in Thessaloniki, where in 1964 he was awarded an honorary doctorate at the Faculty of Philosophy of the A.U.TH.

Professor of the A.U.TH  Alexandra Youlaki- Voutira, secretary of the Board of Directors of the Teloglion Foundation, has the overall supervision of the exhibition which is curated by Takis Mavrotas, head of the fine arts programme of the Theocharakis Foundation.

‟Once again, following the Elytis exhibition in 2017, our collaboration with the Β. & Μ. Theocharakis Foundation offers us a special artistic experience in first rate poetry” says Mrs Voutira, adding that the exhibits ‟make up  a special ensemble that demonstrates the poet’s unique relationship with the past of his and our country: an amazing quest for the meaning of the ‘Greek identity’ of works of art (Theofilos finds his place there, as does the Zographos/Painter of Makriyannis), our relationship with European culture and universal human values”.

The exhibition, whose title is taken from a line of the Nobel Prize poet from Tetradio Gymnasmaton II (Book of Exercises II), includes:

The first editions of George Seferis, the Nobel Prize for Literature awarded to him in 1963, his own paintings and objects painted by him, such as gourds, pebbles, a wooden cabinet and more.

Black and white photographs taken by Seferis from his student years in Paris up to his last travels to Greece and abroad. Among them are photographs of everyday scenes, landscapes from Asia Minor, Cyprus Athens, Korytsa, Hydra, Cairo, Amalfi and Venice.

Illustrations of his poems by Yannis Tsarouchis, Yannis Moralis, Tassos and Yannis Psychopedis.

The exhibits are on loan from Anna Londou, the Benaki Museum- Ghikas Gallery, B&Μ Theocharakis Foundation, National Bank Cultural Foundation. Tsarouchis Foundation, the Vasilis and Eliza Goulandris Museum, the MOMus, Ikarus publications, as well as from the Teloglion collection, private collectors and the participating artists.