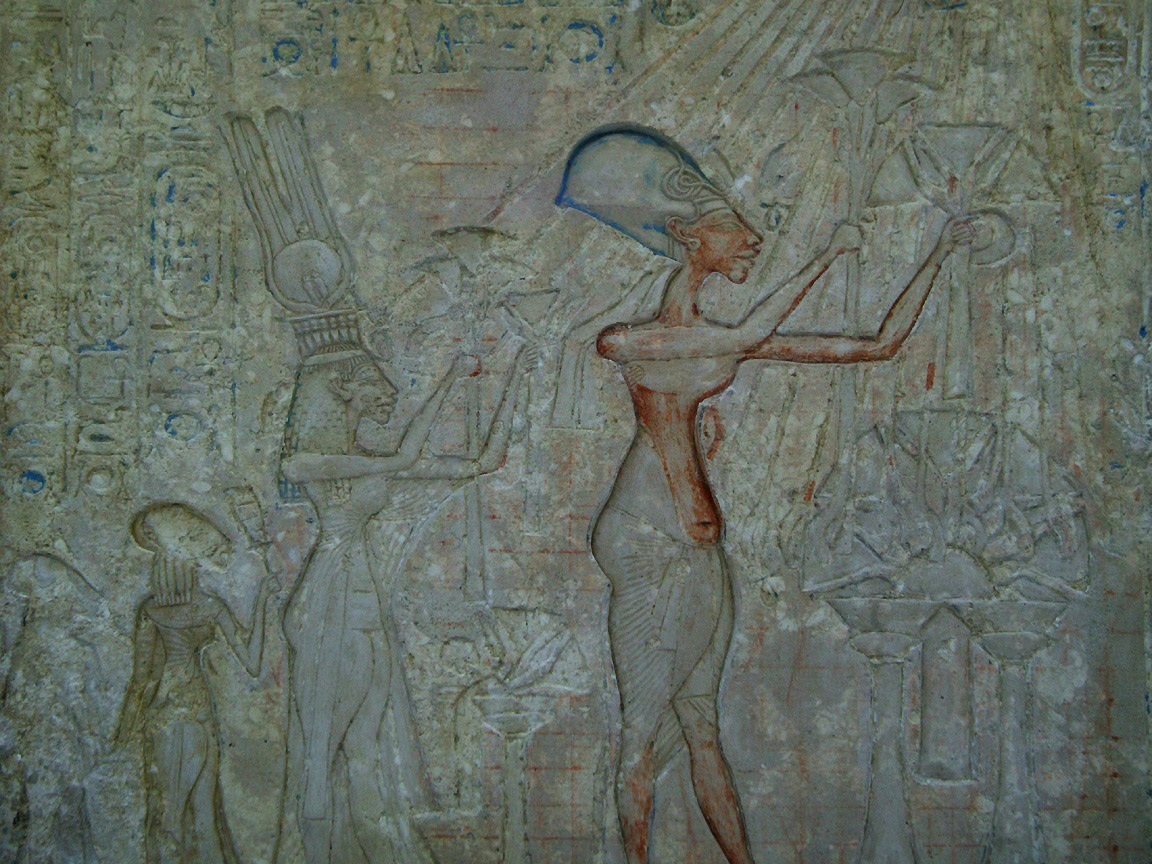 The Aten Museum is to open its doors soon thanx to a fundraising by the Hildesheim Museum, Germany

It seems that the spell of the ‘curse of the pharaohs’ that has hovered over the proposed Aten Museum will be broken when the mseum finally opens its doors overlooking the Nile bank in the Upper Egyptian town of Minya.

Just two years after the construction of the new museum ground to a halt through lack of funds, work will soon resume folowing the announcement this week that the financial campaign begun by the Hildesheim Museum in Germany will raise the LE 60 million fund required to compete the project.

Mohamed Ibrahim, the minister of state for antiquities, announced that according to the protocol of friendship signed between the Aten and Hildesheim Museums, the Hildesheim wouldl help the ministry complete the final phase of the museum through its campaign to raise funds.

Since the German government proposed the design as a gift to the Egyptian government in 1998, according to the friendship protocol signed between the Hildesheim Museum and the Aten Museum, the latter has faced a good many construction and financial problems.

In 1990 the late architect Gamal Bakry carried out some modification to the building design to meet Egyptian building codes, while museological consultant Mahmoud Mabrouk redesigned the landscape to be compatible with the museum’s outdoor exhibition as well as the exhibition scenario.

However, Bakry’s death and the shortage of funding were the first obstacles to face the construction of the Aten Museum, and except for sand and a large enclosure wall the piece of land allocated for it stood void and waiting for the start sign. Five years later workmen started laying the foundation stones for he museum, but the budget shortfall put it on hold until 2002, when Zahi Hawass took office as the secretary-general of the Supreme Council for Antiquities (SCA) and put the programme for building and rehabilitating Egypt’s national and antiquities museums at the top of his agenda.

The Aten Museum was not the only one in line for construction, and it found itself in line behind the Grand Egyptian Museum overlooking the Giza plateau, the National Museum of Egyptian Civilisation in Fustat, the expansion of the Luxor Museum, the Crocodile Museum in Kom Ombo, the Suez Museum, the Al-Arish Museum, the Sohag Museum and the Sharm El-Sheikh Museum, to mention only a few.

Hawass placed Mabrouk and Ali Radwan, professor of Egyptology at Cairo University, in charge of the museum’s design and its exhibition scenario.

The museum grounds cover 25 feddans and overlook the Nile. The building consists of five floors with 14 exhibition galleries, a conference room that can hold up to 800 people, a museological and restoration school, a cafeteria and a bookstore. An open theatre in the garden displays a collection of ancient Egyptian replica as well as a dock for Nile cruisers.

Adel Abdel-Satar, head of the museums section at the Ministry of State for Antiquities (MSA), told Al-Ahram Weekly that the museum would display a large collection belonging to the ancient Egyptian monotheistic pharaoh Akhenaten and his wife Nefertiti that was unearthed at Tel Al-Amarna, near Minya, the site of the capital city of Egypt during Akhenaten’s reign.

When the 18th-Dynasty monotheistic ruler Pharaoh Akhenaten converted to the worship the sun god Aten, he abandoned the capital city of ancient Thebes, where Amun had been worshipped for generations, and moved downriver to Minya, where he founded his new capital at the present day Tuna Al-Gabal in Amarna. Between the fifth and eighth years of his reign, Pharaoh Akhenaten built a new capital that he called Akhetaten, or the Horizon of Aten.

To speed up construction most of the buildings were made of white-washed mud brick, with the most important buildings faced in local stone. The new city housed the royal palace, the temples dedicated to Aten, the villas of the noblemen and all the necessary administrative buildings, as well as an extensive network of private houses and workshops. Akhetaten is the only ancient Egyptian city in which the details of its internal plan are preserved, and in large part this is because the city was abandoned after Akhenaten’s death.

The collection on display includes statues of Akhenaten and Nefertiti as well as those of his father, Pharaoh Amenhotep III, and his mother, Tyie. Reliefs feature the pharaoh with his family worshiping the sun disk Aten will be also be on show.

The diplomatic letters dating from the reign of Akhenaten will also be placed on show. Featuring Egypt’s relations with her foreign neighbours, these missives are known as the Amarna letters. They were written in cuneiform script on clay tablets and were found in a cachette in the city of Akhetaten.

Some of these letters were sent by kings and governors of subject nations and were appeals for help, usually in the form of money. The authors seem to have felt abandoned by their powerful friend and, as they intimate, felt they had been left to the wolves. Other evidence suggests that Akhenaten quarrelled with the king of Mitanni, a former ally of Egypt, and concluded an alliance with the Hittites. This warlike nation then attacked Mitanni and stole their land. Many other small nation states who were also allied to Egypt rebelled against the Hittites and wrote begging Akhenaten for help, but it seems that he did not respond and the Hittites captured or killed their leaders and seized a significant amount of territory.

Finally, a set of Talatat stones will also be among the collection of items on display. The Talatat are a type of stone block of a standardised size of about 27 by 27 by 54 cm. They were used during the reign of Pharaoh Akhenaten in the construction of temples to the official deity, the Sun god Aten, at Karnak and Akhetaten, the seat of Akhenaten’s rule during his reign.