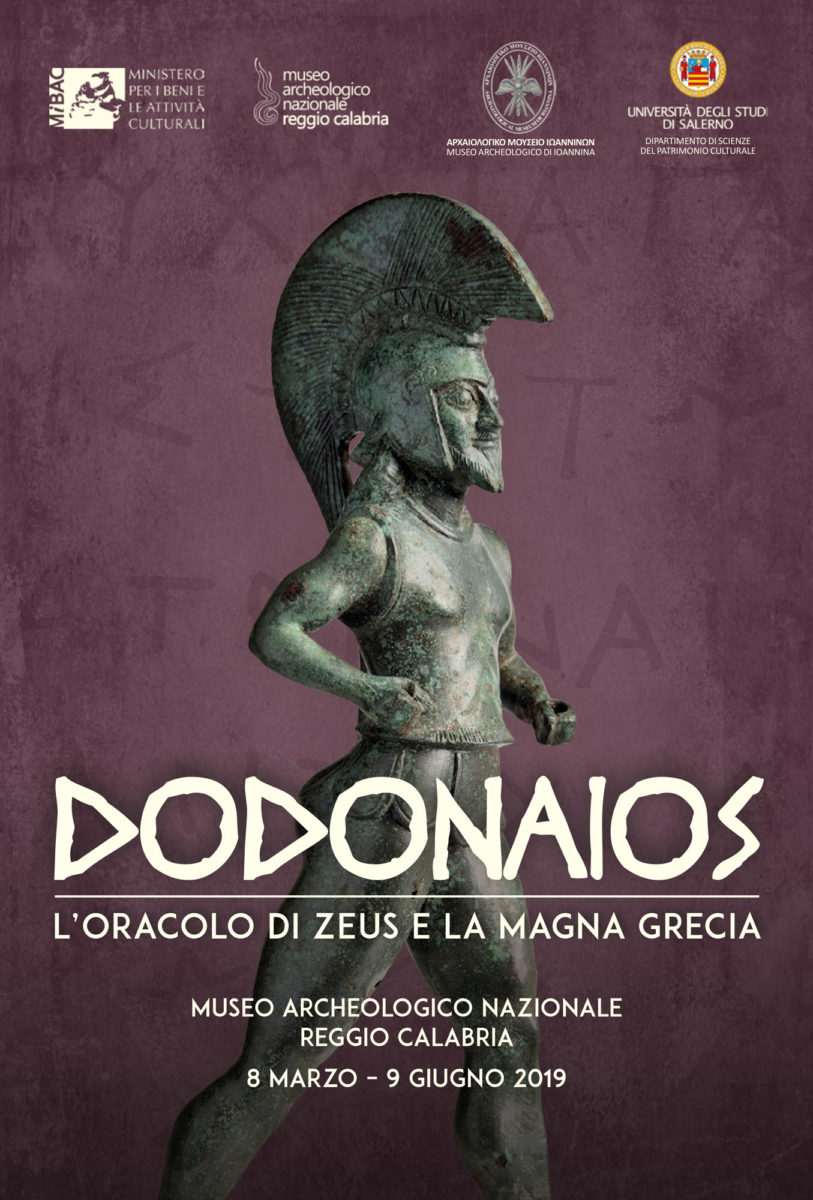 The Oracle of Dodona and Magna Grecia

At the Archaeological Museum of Reggio

From March 8, 2019 and for three months, the exhibition halls of the Museo Archeologico Nazionale di Reggio Calabria are hosting antiquities from Dodona, a panhellenic sanctuary and political centre of ancient Epirus. This ‟hospitality” is part of an exhibition called Dodonaios. L’oracolo di Zeus e la Magna Grecia and a collaboration of the National Archaeological Museum of Reggio with the University of Salerno and the Ephorate of Antiquities of Ioannina.

The exhibition aims to highlight the significance of the long and varied associations of the Sanctuary and Oracle of Dodona and of Epirus with the cities of Magna Grecia; from the times of colonization, Alexander I Molossus, Pyrrhus and the Koinon of the Epirots up to Octavian Augustus and the Late Roman era as these are historically documented in ancient literature and archaeological data, combined with evidence on inscriptions and coins.

The exhibition is divided into two thematic parts: the first concentrates on the Sanctuary and its particular features with emphasis on the oak tree and the oracle plates, while the second focuses on the display of artefacts related to the cities of Magna Grecia mentioned in texts on the oracle plates and in the collections of the Archaeological Museum of Reggio.

These artefacts, mainly vases, statuettes and lead oracle plates will be displayed in specially designed showcases in the Archaeological Museum of Reggio, Calabria, where the two famous life size statues of the Riace Warriors are to be found.

The organizers note that ‟The exhibition is an excellent cultural initiative and provides publicity on a European level, both for Dodona, the earliest ancient Greek oracle and the inhabitants of Magna Grecia, as well as being a fruitful and ongoing collaboration of the Ministry of Culture and Sports at an international level, which promotes and highlights our country’s culture.”