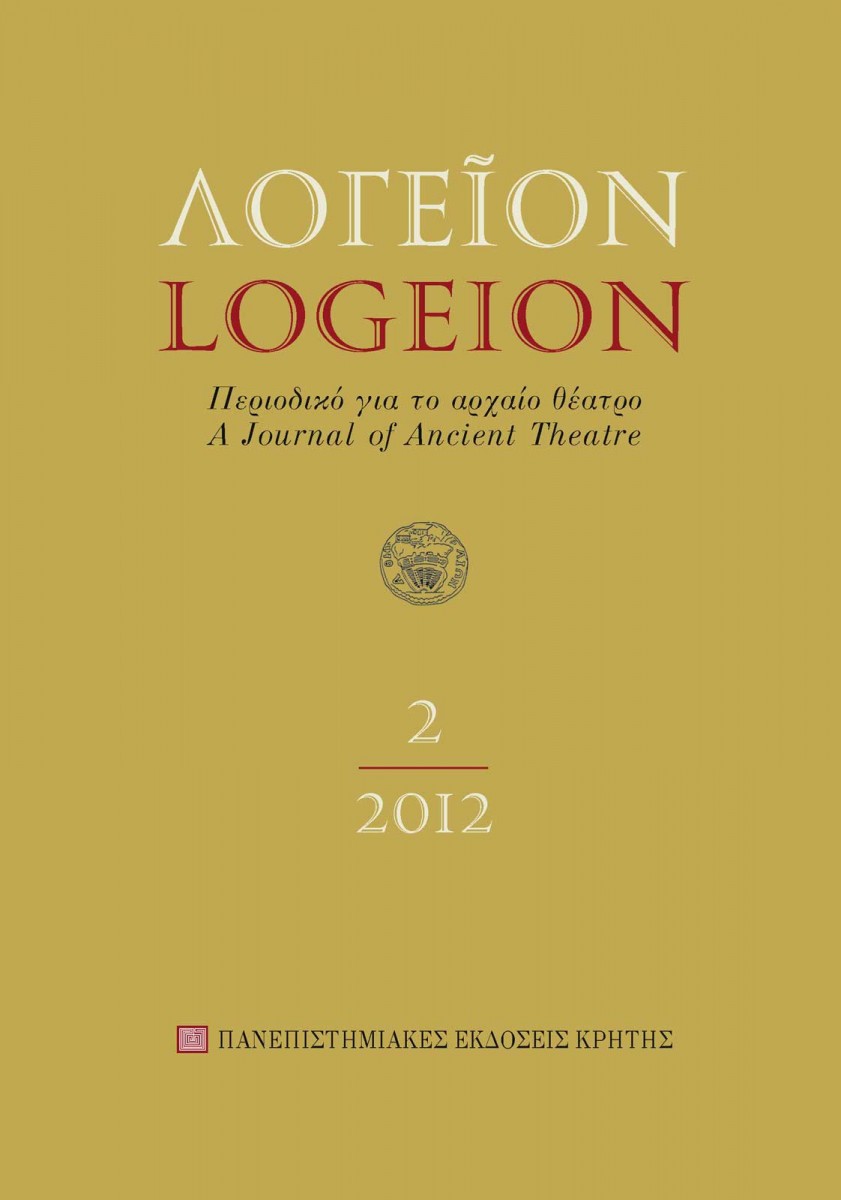 A Journal of Ancient Theatre

Logeion: A Journal of Ancient Theatre publishes original scholarly articles on every aspect of ancient Greek and Roman theatre and drama, including its reception in modern theatre, literature, cinema and the other art forms and media, as well as its relation to the theatre of other periods and geographical regions.

The second issue of the journal has now been published. This 2012 issue contains following articles in English:

G. Castrucci, Dodona versus Delphi in Greek Tragedy: The Wanderings of the Hero between Expiation and Ties of γένος

Α. Marinis, Seeing Sounds: Synaesthesia in the Parodos of Seven against Thebes

I. Konstantakos, ‘Μy Kids for Sale’: The Megarian’s Scene in Aristophanes’ Acharnians (729-835) and Megarian Comedy

S. Papaioannou, Cylindrus and the Rational Circularity of Error in the Menaechmi

E.J. Jory, Τhe Mask of Astyanax and the Pantomime Librettist

F. Decreus, Τhe Reptilian Brain and the Representation of the Female in Theodoros Terzopoulos’ Bacchai

G.M. Chesi, A Few Notes on nosos and Language in Sophocles’ Philoctetes