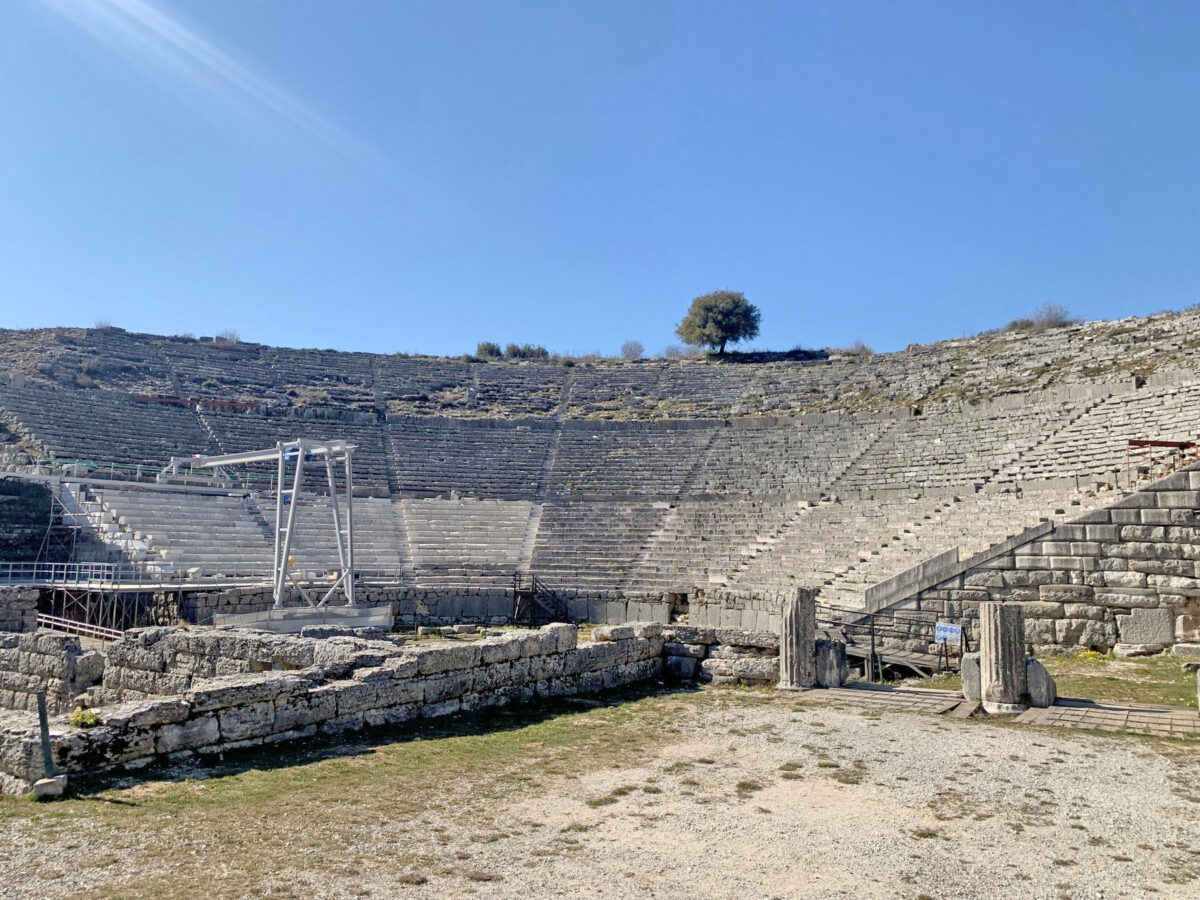 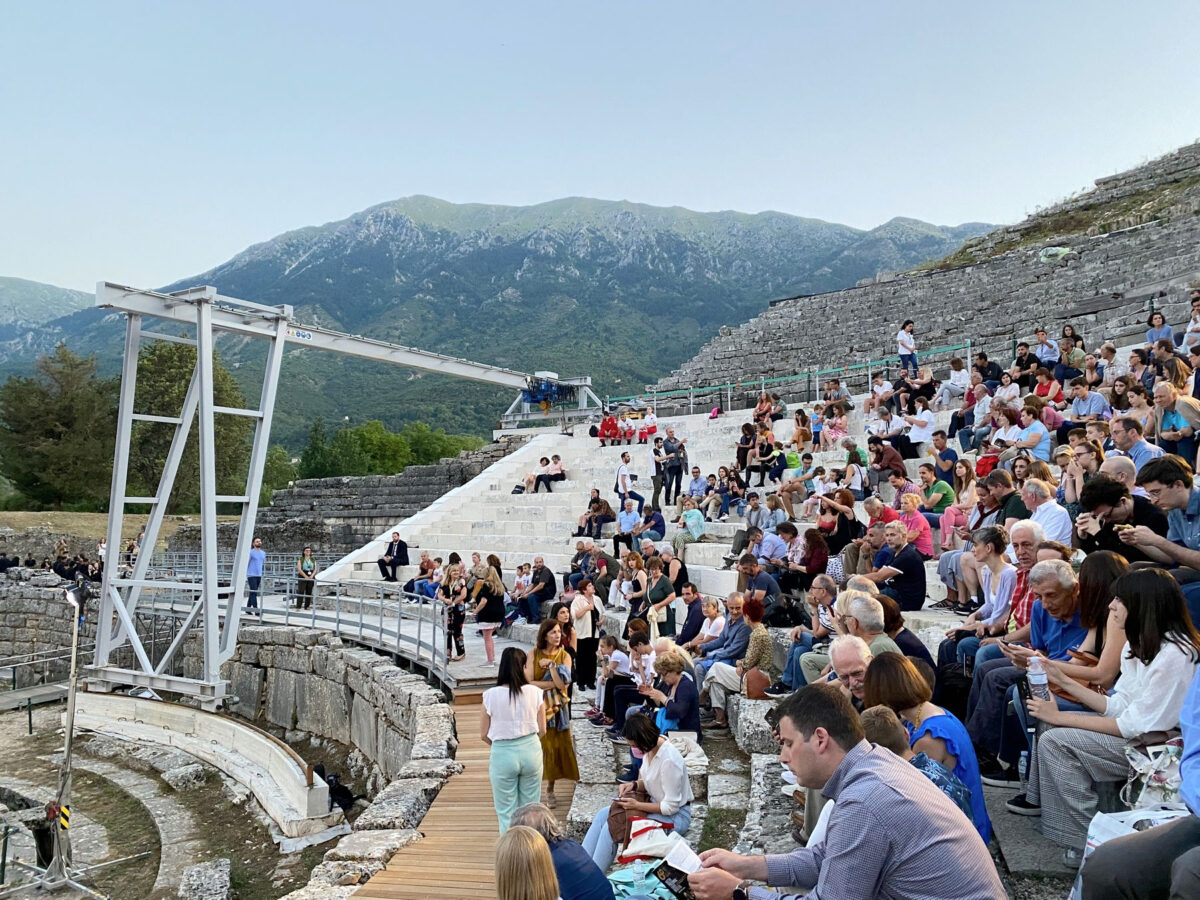 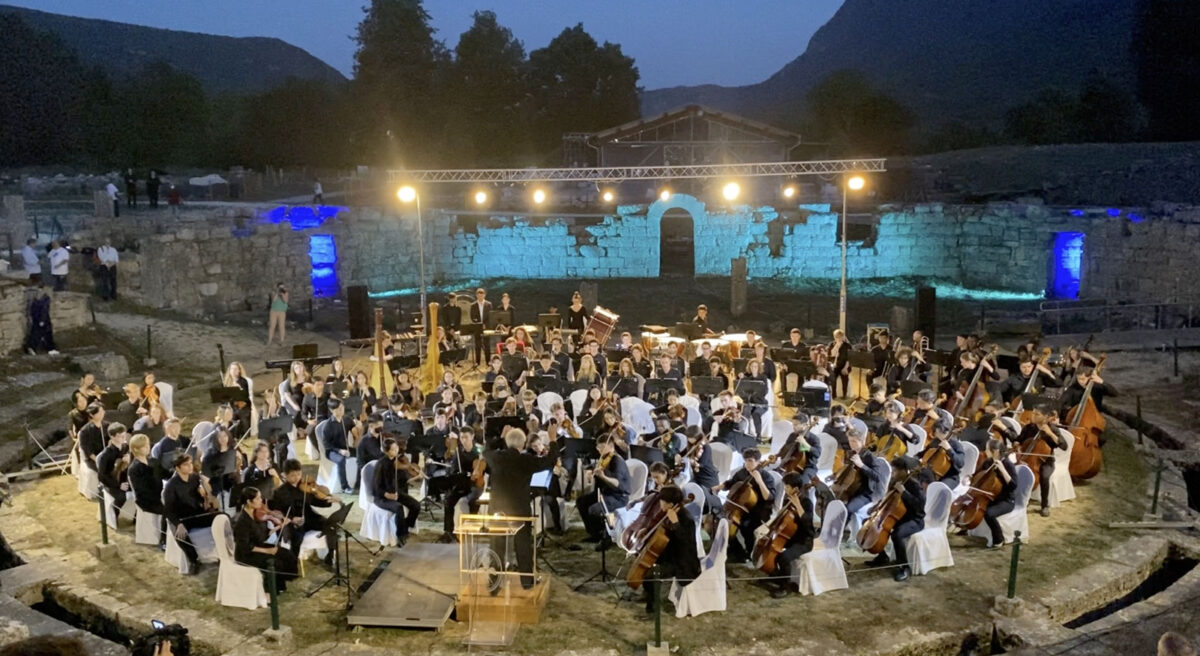 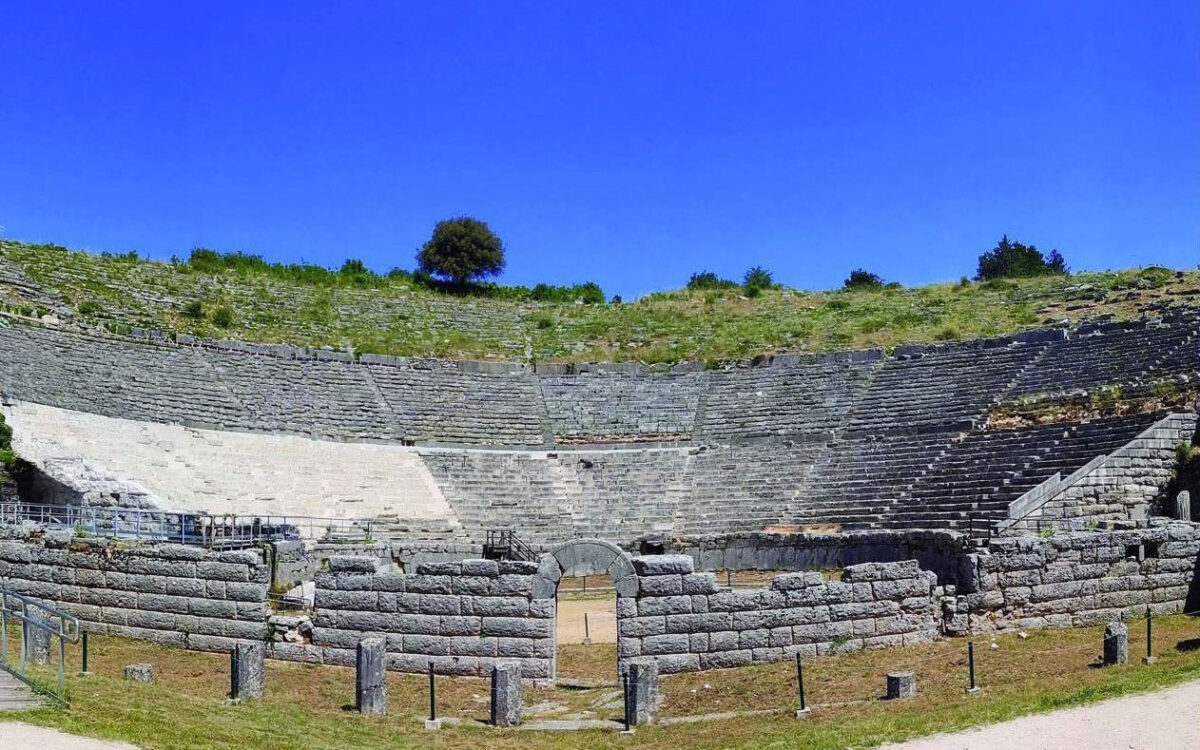 With a big concert by the Boston Philarmonic Youth orchestra

The restored lower part of the auditorium/koilon of the ancient theatre of Dodona was opened to the public on Tuesday, June 21, World Music Day with a big concert by the Boston Philharmonic Youth Orchestra. As Minister of Culture and Sports Lina Mendoni noted at the event attended by President of the Hellenic Parliament, Constantine Tassoulas: “The Ministry is handing over the lower part of the koilon of this unique monument, the ancient theatre of Dodona, to all visitors to Epirus from Greece and abroad, while the restoration works continue”.

According to a statement by the Ministry of Culture, performances were held in the ancient theatre of Dodona from August 1960 to the summer of 1998. Then the Ministry of Culture decided that the theatre should no longer be given for the Dodonaia Festival to the Epirotic Studies Society since the sensitivity of the theatre’s material required that conservation and restoration works go ahead.

Ms. Mendoni referred to the reactions caused by the termination of the theatre’s use and the need for restoration work. “Monuments need care,” she said. “At some point they enter the intensive care unit and no one approaches them, just as one does not approach people in intensive care. But then, 99.9% come out fully recovered. The monument is what its word says, it evokes memory and memory is directly connected to the past but also to the present and the future. Because without memory and without monuments the future is uncertain and ominous. After a tremendous amount of work done by the employees of the Ministry of Culture and Sports, external partners and university teachers, all collaborating over a long period of time, the result we are all satisfied with today has been achieved. Had it not been for these 22 years of silence, during which creative archaeological work was being accomplished, the monument simply would not have existed. We would have lost our memory, a piece of our DNA and identity. Today we are really very happy. We all want monuments to be alive and integrated into our daily lives. Because monuments come alive not when they are taken care of by experts, but when they are loved by people. That is the real protection,” she added.

The Minister also spoke about the project of restoring five ancient theaters of Epirus (Dodoni, Gitanon, Amvrakia, Kassopi, Nikopolis) currently progressing with funding from the Epirus Regional Development Plan-NSRF 2014-2020, as well as the Cultural Route of Epirus project planned by the Ministry of Culture in 2013 with the Region of Epirus, which is directly related to the tourism development of the entire region

As she pointed out: “Monuments are the resources and pillars of sustainable development. External economies are developed around monuments and archaeological sites, helping the growth of the region, the local economy and the local society. Greece is blessed as a country and has a unique advantage. It is able to combine the cultural heritage of centuries with the creativity of today. This combination allows experts to read monuments in a new way and for artists to have unique experiences when performing there, but the combination of old and new is also an essential source of inspiration. At the same time, an arts festival of quality in an archaeological site is a determining factor for local and regional development”.

Mr. Tassoulas said that “This is a big day for Epirus, as the lower tiers of the theatre are now ready for use after 22 years of work” adding that the excavation at the Bouleuterion, in the archaeological site of Dodona will be funded by the Greek parliament.

The project of restoring and enhancing the ancient theatre of Dodona with a €4,790,500 budget, completed so far with funding from the 2014-2020 Regional Operational Programme of Epirus and using innovative methods, will continue with work on conserving the middle tiers, after recent approval by the Central Archaeological Council.

The concert, with the Boston Philharmonic Youth Orchestra performing works by Ravel, Elgar and Shostakovich and conducted by Benjamin Zander, was attended by Undersecretary of the Environment, George Amyras, Regional Governor of Epirus Alexandros Kachrimanis, Mayor of Dodona Christos Dakaletsis and head of the Ioannina Ephorate of Antiquities, Varvara Papadopoulou.