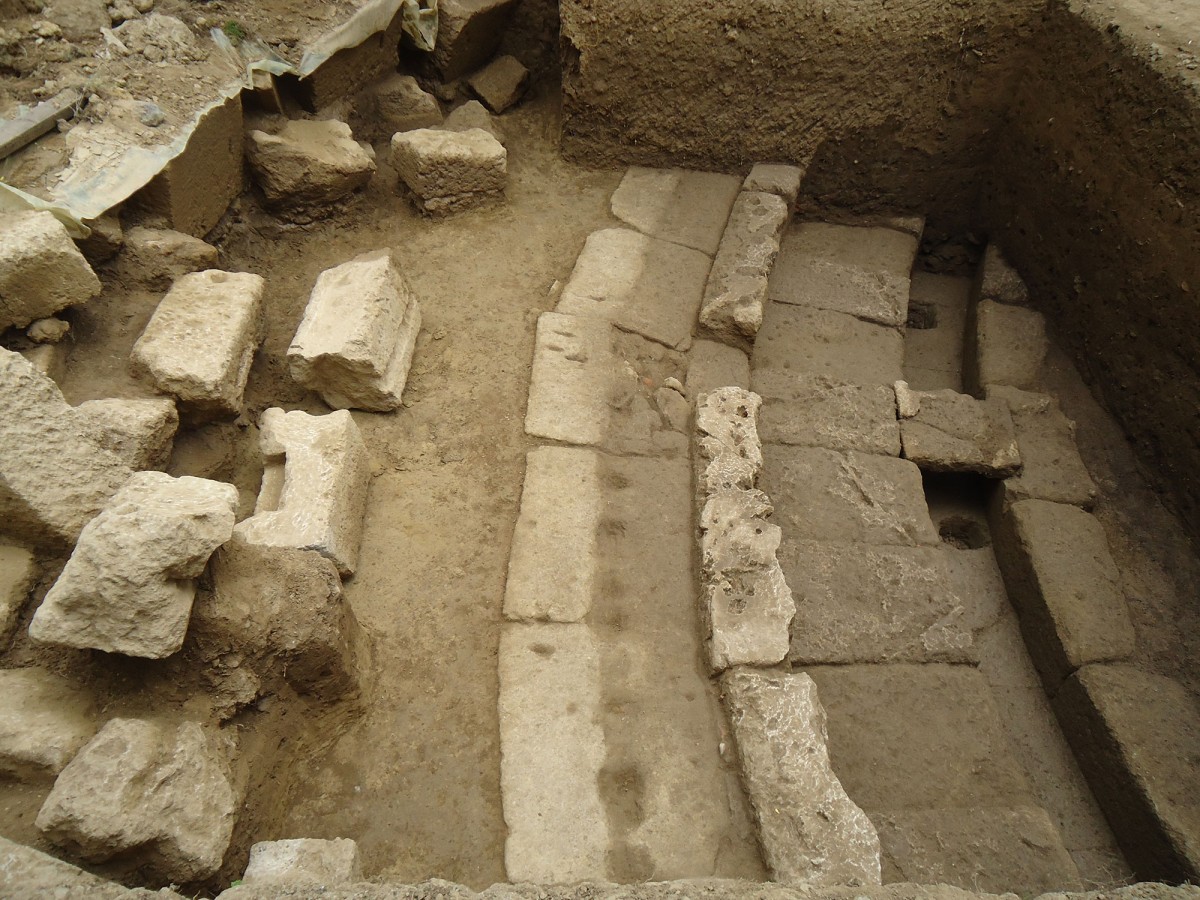 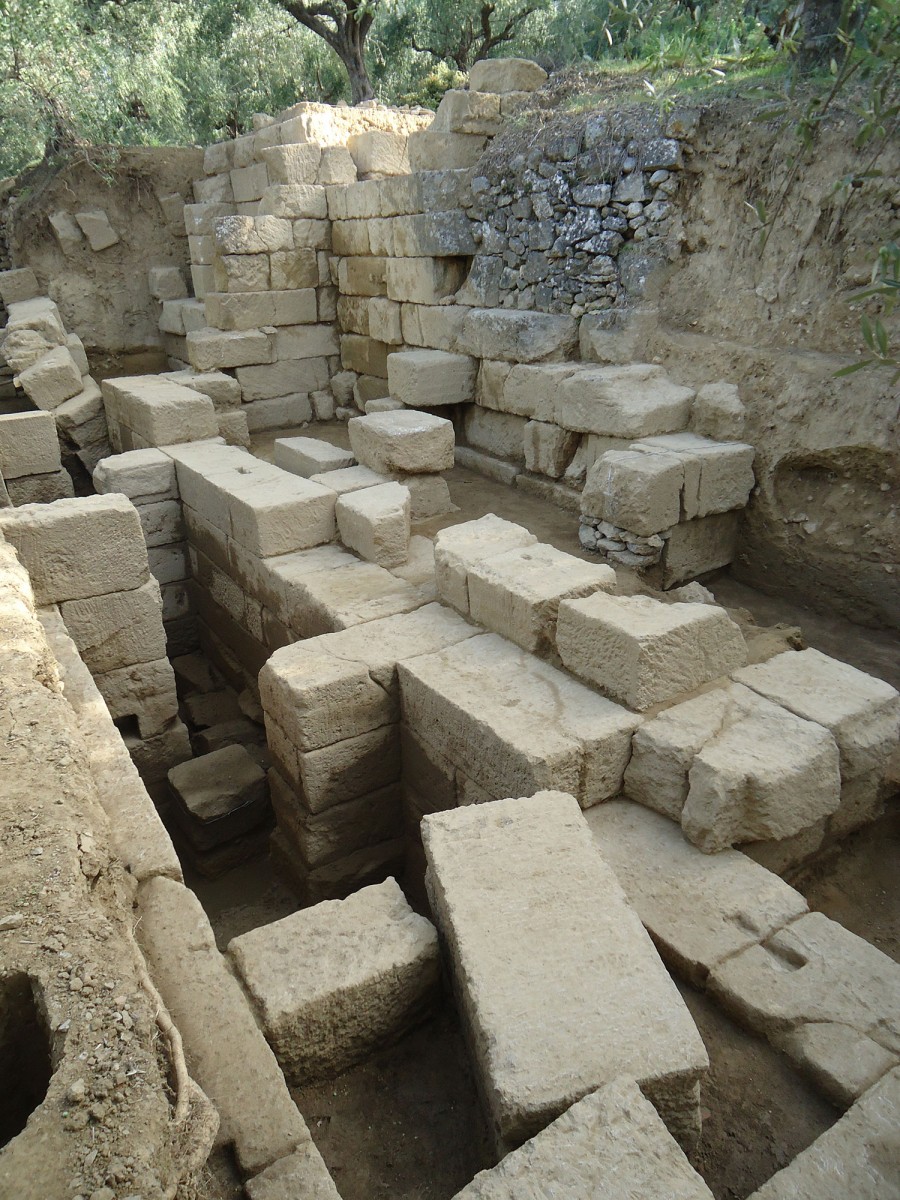 An unknown ancient theatre was revealed in ancient Thouria of Messenia

During the excavations conducted last summer in ancient Thouria, under the direction of Honorary Ephor of Antiquities Dr Xeni Arapogianni, a previously unknown ancient theatre was located.

At the site “Hellenica” trial trenches were excavated, bringing to light the first remains of an ancient theatre.

The site is situated at the highest point of the Western side of the hill, were the ancient city of Thouria spreads.

The theatre has a western orientation and a view on the vast, fertile valley of Messenia, in antiquity known as “Makaria”, and to the southwest, on the sea of the Messenian Gulf, which was named Thuriates Gulf in antiquity.

The excavation brought to light the strong retaining wall of the theatre’s auditorium (cavea), which was revealed 12.3m in length and 4m in height.

The wall had a N-S orientation and was carefully built with rectangular stone bricks in pseudo-ashlar style strengthened by buttresses.

Apart from the retaining wall, a perfectly preserved double isodomic wall was revealed at the left parodos  (length: 18.35m, width: 1.25m, max. preserved height: 3m). Vertical buttresses built inside and outside this wall ensured its stability.

A big part of the circular orchestra of the theatre was also revealed (5.45m in length and 3.14m in width).

The first row of the stone seats were found in situ, as well as one step of the staircase leading to the theatre’s kerkides.

In front of the seats there is a very well preserved aisle around the orchestra, for the spectators to go through. The aisle is built with big rectangular stone blocks.

Furthermore, an open, rectangular stone rainwater drainage pipe, in a perfect state of preservation, runs around the orchestra.

In the cavity behind the in situ preserved seats, a big number of fallen stone architectural members and seat fragments came to light. These belonged to the destroyed kerkides at this part of the theatre.

The theatre is built with yellowish white sandy limestone (porous stone) and according to a preliminary analysis it dates back to the Early Hellenistic period.

The discovery of the previously unknown ancient theatre of Thouria is a pivotal event for the ancient history of Messenia, opening an important new chapter in the area’s archaeology.