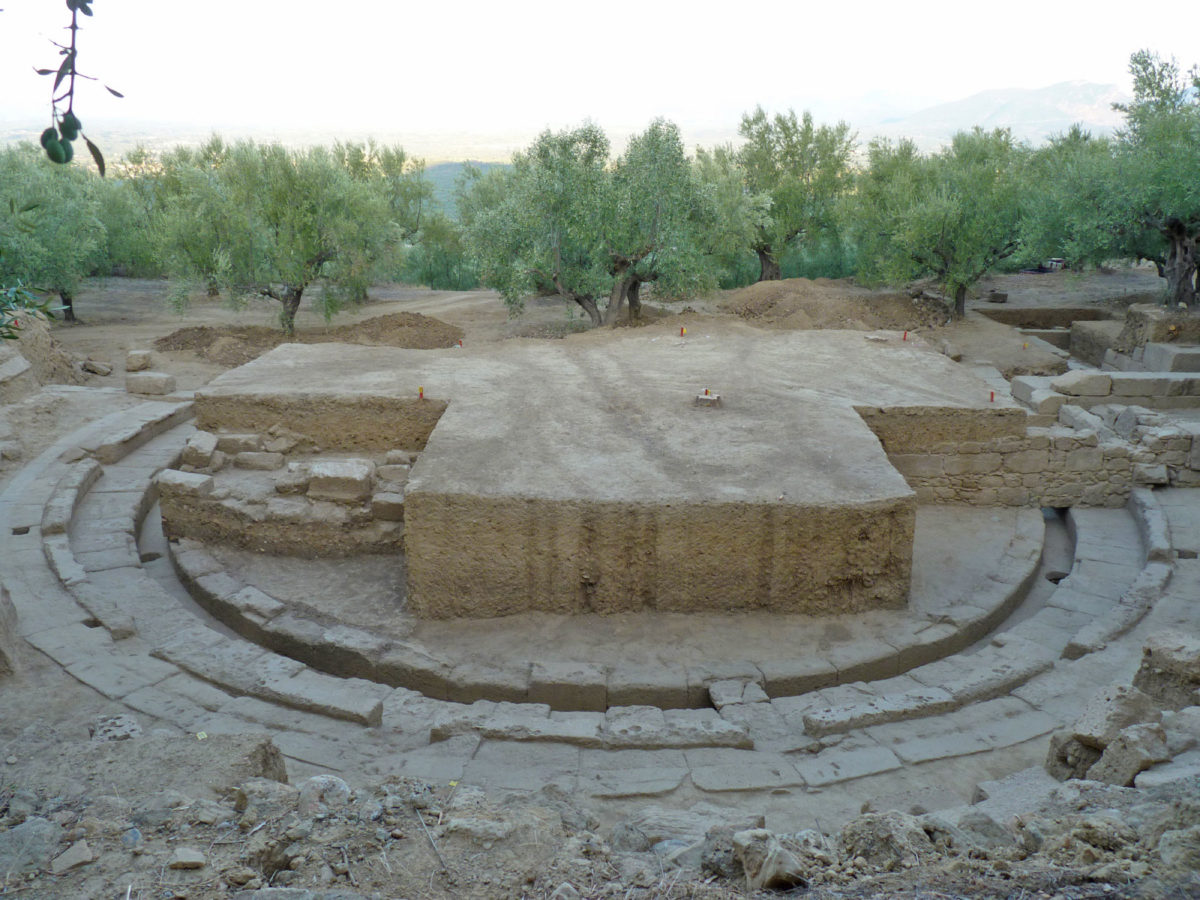 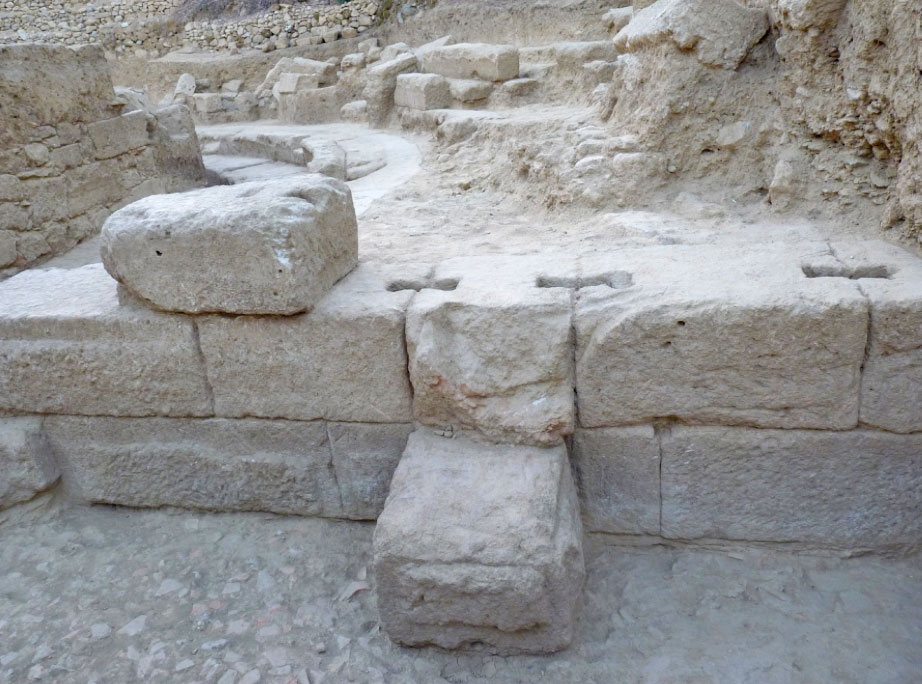 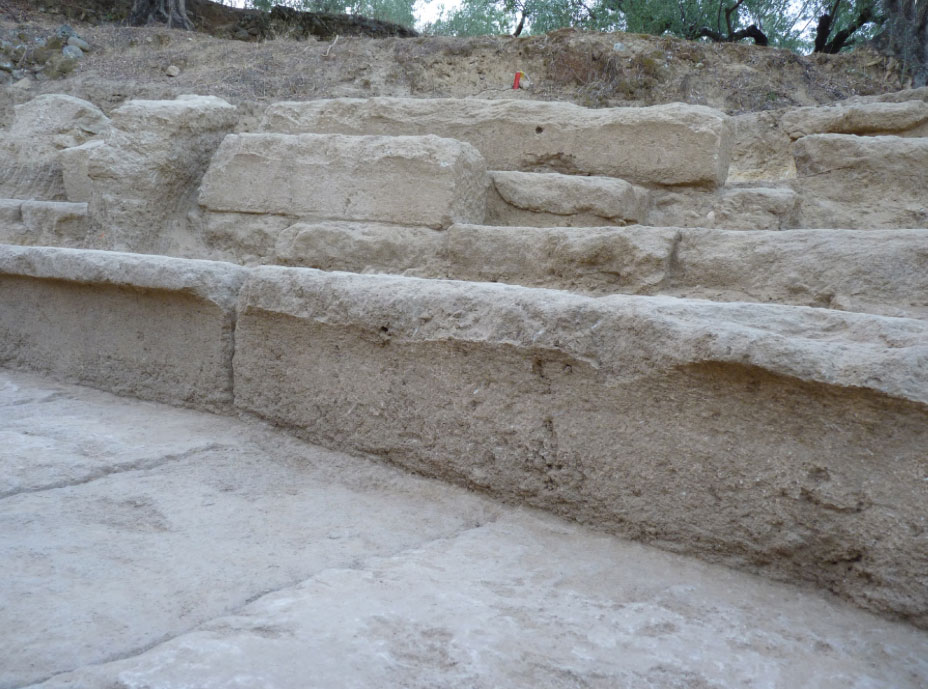 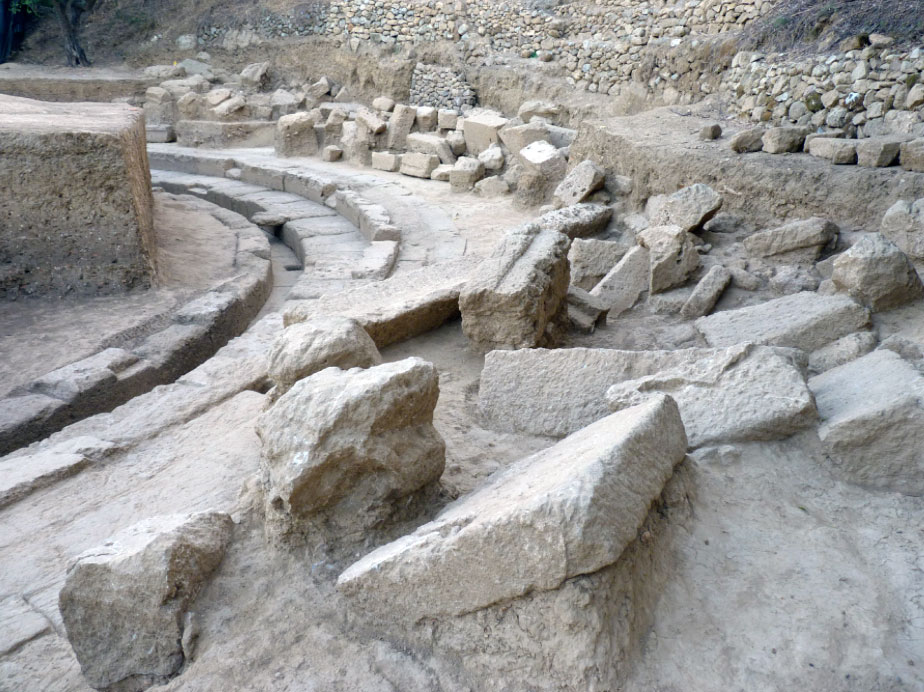 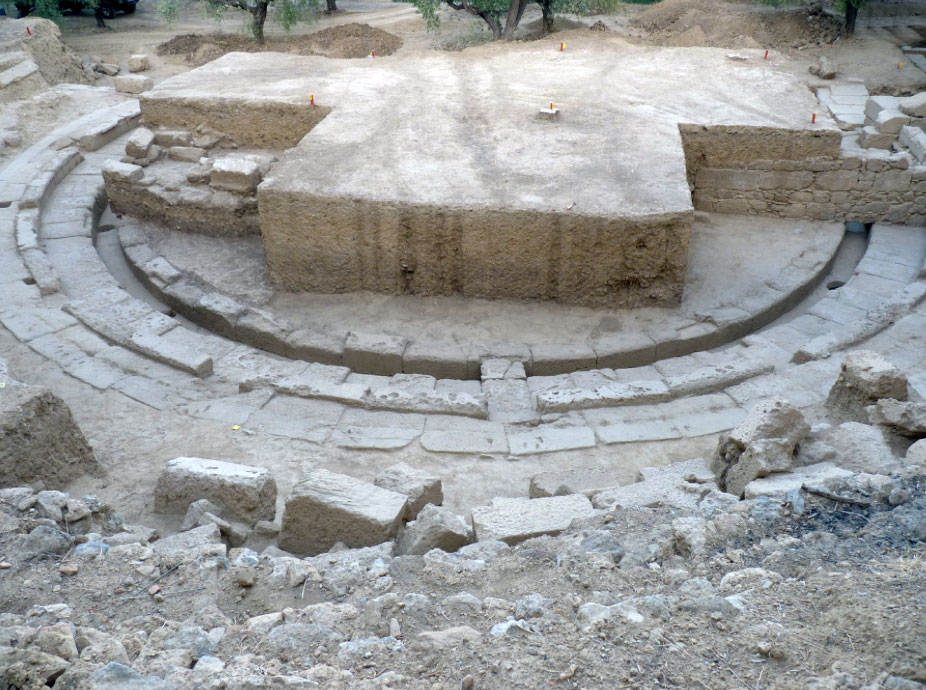 The Theatre of Ancient Thouria has come to light

Excavations also continued this year at the “Hellenika” site

A significant part of the ancient theatre of ancient Thouria, located last year, was uncovered during excavations conducted in 2017, under the auspices of the Archaeological Society of Athens and headed by Honorary Ephor of Antiquities Dr Xeni Arapoyanni.

The excavation at the “Hellenika” site brought to light the entire perimeter of the ancient theatre’s orchestra whose diameter is 16.30 m. The stone conduit for rainwater that runs round the orchestra was also completely revealed, as well as the first row of seats that are undisturbed and in place.

Behind the first row of seats the lower section of the koilon was uncovered, with a large number of fallen architectural members from the bleachers (kerkides) above, among which are many parts of intact seats.

On the south (right) side of the koilon, five tiers of bleachers survive with most of the seats in place. Part of the south (right) theatre parodos was also brought to light. The discovery of a section of the skenotheke on the north outer side of the theatre was particularly significant, because three parallel stone tracks were revealed for the wheels of a moving stage (the pegma) to run on.