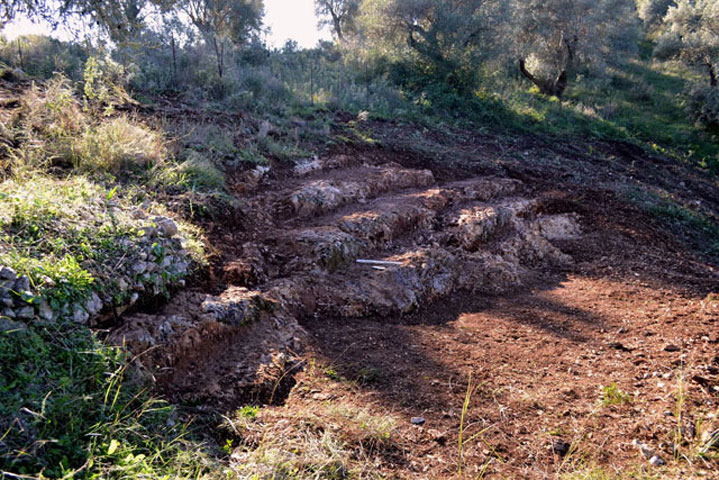 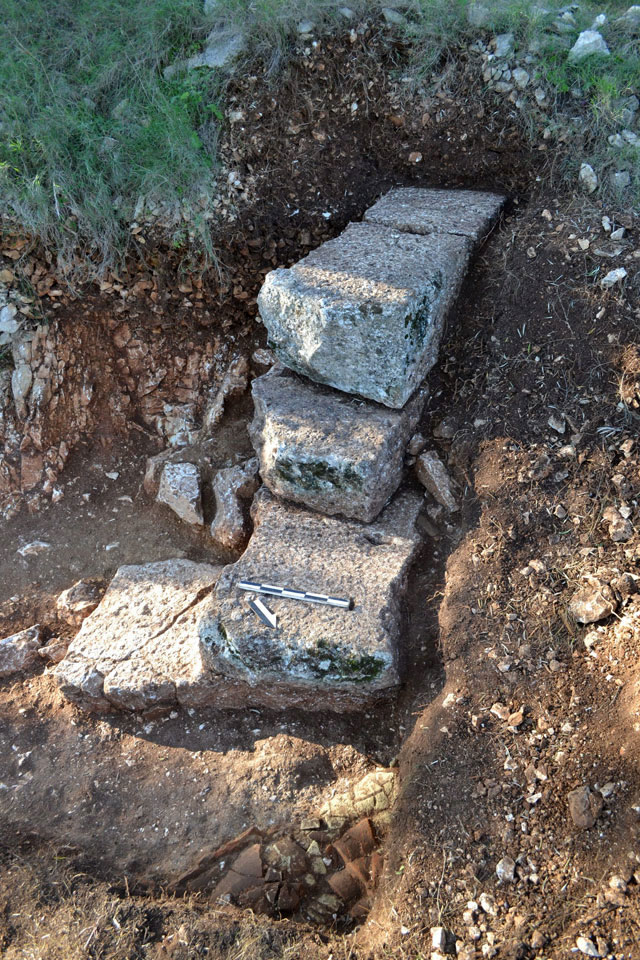 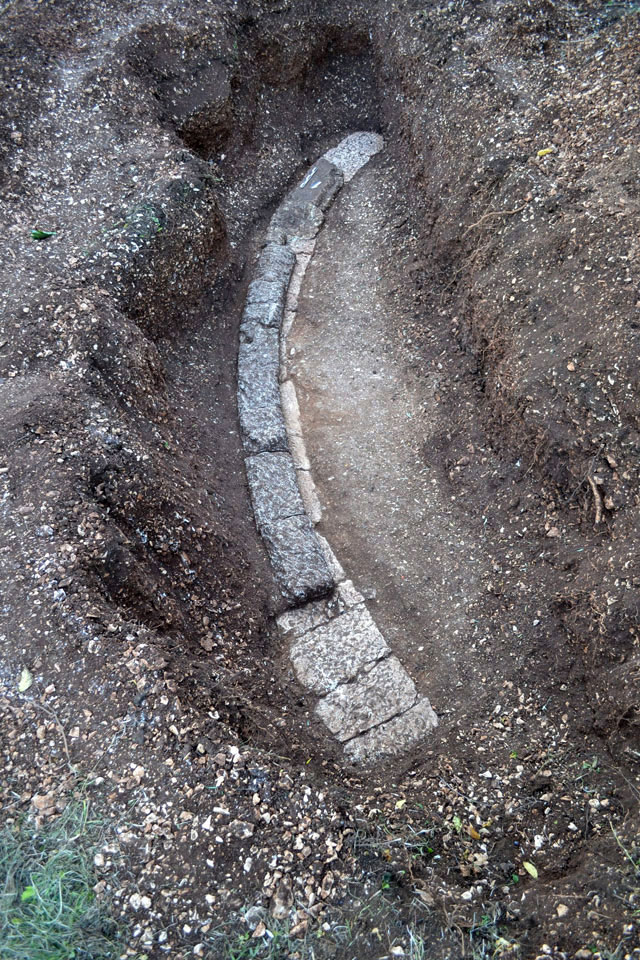 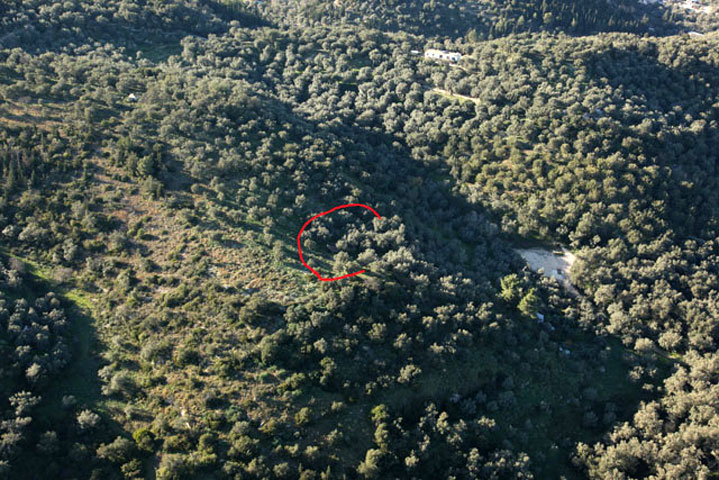 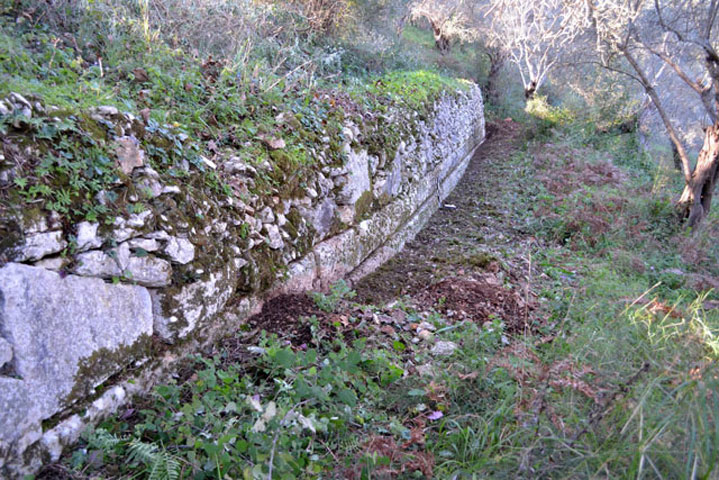 The ancient theatre of Lefkas has come to light

Located at the “Koulmos” site

An almost unknown, rather big theatre has come to light during excavations at the hill of Koulmos on the island of Lefkada. Towards the the end of 2015, trial trenches were dug at the site, namely on the northeastern slope of the central peak of “Koulmos”, where there is an amphitheatric, descending cavity ending in an elongated flat area.

Little was known about the ancient theatre, as it isn’t mentioned in ancient written sources. In the early 20th century a brief excavation of the site was carried out over a few days, under the direction of German archaeologist Ε. Κrüge, a collaborator of W. Dörpfeld. The results of this dig haven’t been published in detail. However, in the excavation diaries and the drawings the location of elements related to an ancient theatre is noted.

The Ephorate of Antiquities of Aetolia-Acarnania and Lefkada has dug thirteen trenches. Based on the results of the surveys, archaeologists confirmed the location of the theatre. Among the finds were rows of seats, part of the orchestra and sections of the retaining walls of the koilon and the stage. Namely, in six of the trenches seats carved in the rock were located, with a depth of 0.73-0.90m and a height of 0.22-0.33m. A 0.60m-wide part of the orchestra was found in a quadrant. As for the retaining wall of the koilon, the located section of it is 3m long and up to 0.79m wide. The retaining wall of the stage that was excavated is 25m long and 0.75m high.